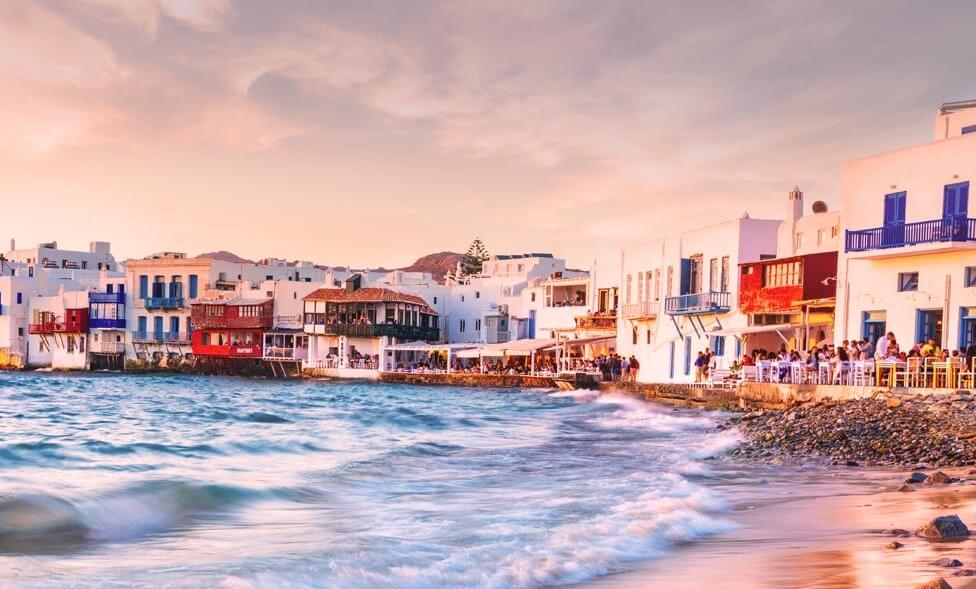 The hopes of travel companies and sun-seeking British travellers after transport secretary Grant Shapps today confirmed the UK will assess islands apart from mainland destinations when updating its travel green list next month.

Shapps told the BBC that no decisions on green list destinations had yet been made.

It means island destinations such as Mykonos, Mallorca and Tenerife could see a surge in Brits arriving in June, even if mainland Greece and Spain remain on the UK’s amber list.

Travel industry bosses have also called out the UK Government on a disconnect between infection and vaccination rates in Europe and its list of safe countries to travel to.

Robert Courts, the aviation minister, told MPs yesterday the Government would take such an approach “where possible” when it next updates the UK’s green list, which deems destinations safe enough for non-essential travel without self-isolation or quarantine upon arrival back into the UK.

“The Government will take an island approach for border measures where possible,” said Courts, in answer to a question on whether the Government would reopen routes to relatively low risk regions of nations as was the policy in 2020.

It comes as the airline bosses again piled pressure on the UK Government to relax retrictions for outbound and inbound travel in the wake of a successful Covid-19 vaccination programme here and growing confidence in the jabs rollout in Europe.

Heapy said originally the UK Government pledged to reassess the traffic light list for approved countries every three weeks, meaning the next announcement would be due next week, but the timeline has already slipped.

“The green list could be expanded with very little risk,” Heapy said, while the Easyjet boss said the UK Government was not even following the framework it created via the Global Travel Taskforce.

“The Canaries and Balearics should be on the green list,” he said.

The airports boss said even if destinations make it to the prized green list, the current restrictions for these apparently safe-enough countries are cumbersome.

Shapps said this week that the list of approved countries, the green list under the UK’s traffic light system, would grow.

It comes after Prime Minister Boris Johnson and many ministers were forced to deter Brits from travelling to Spain, Greece and other amber list countries for holidays once foreign travel stopped being illegal on 17 May.

UK tourists have been urged by the government to stay away from Spain, even after the popular holiday destination this week opened its border to British travellers.

British sunseekers can now travel to Spain without needing to provide a negative coronavirus test or to quarantine from today.