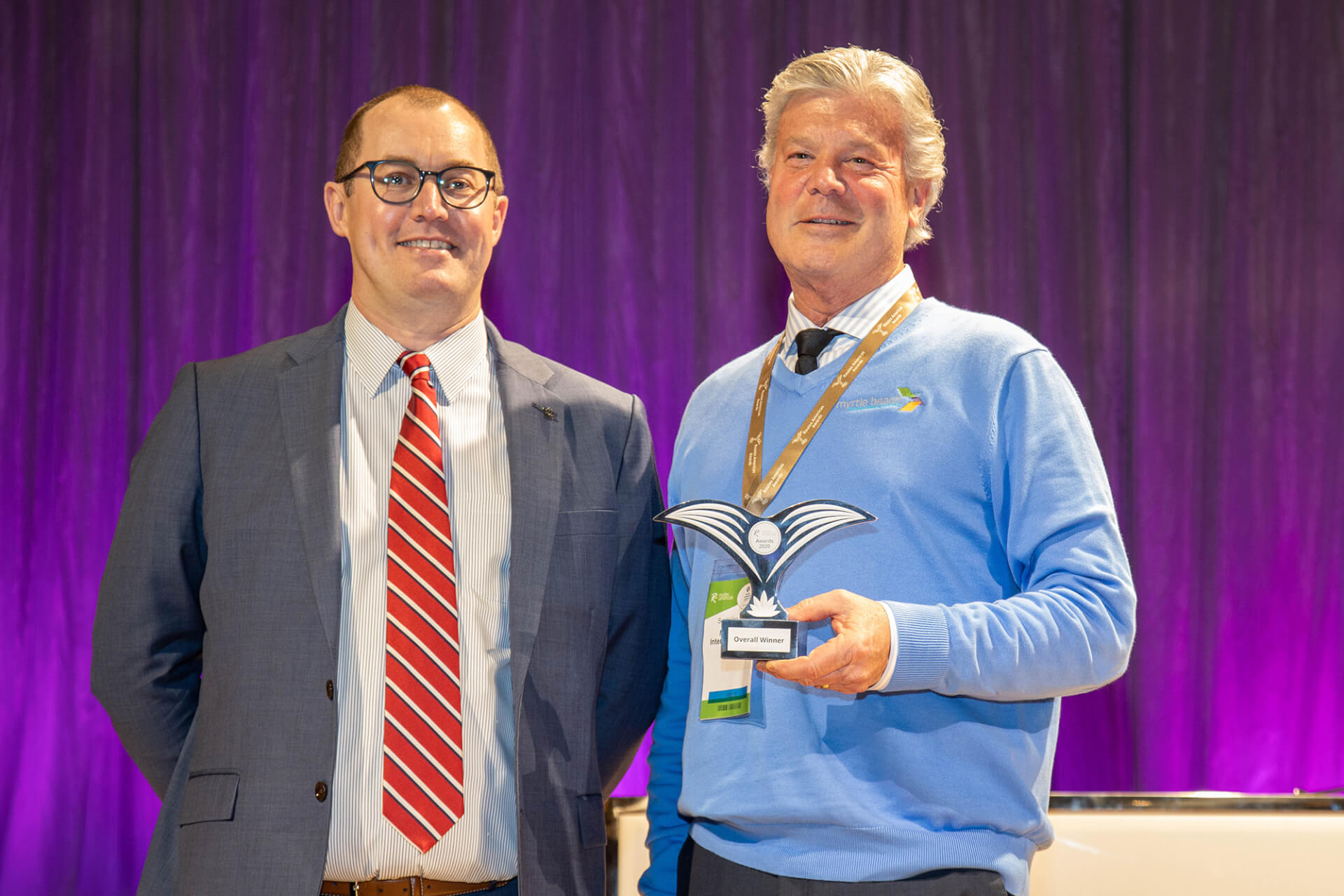 Myrtle Beach International Airport (MYR) was crowned the overall winner of the Routes Americas 2020 Awards at a ceremony in Indianapolis, USA.

The annual Routes Americas Awards took place at the Indiana Rooftop Ballroom last night (Feb 5, 2020). The awards are highly regarded in the aviation industry for recognising marketing services that support new and existing air services, as well as excellence and innovation in the route development community.

Myrtle Beach International was named the Overall Winner and also won the Under 4 Million Passenger category. The airport experienced a record-breaking year in 2019, with capacity growth on 15 routes and an analytic approach resulting in non-stop air services from more than 45 markets.

Upon being named the Overall Winner of the awards, Scott Van Moppes, Director of Airports, said: “We are honoured to be recognised by the airline industry for what we are doing at the Myrtle Beach International Airport. There is no better acknowledgment to our achievement than to win the 2020 Routes Americas Awards!”

It is the second time in three years that the South Carolina airport has been named overall winner after picking up the prize two years ago at Routes Americas 2018 in Quito, Ecuador.

São Paulo-Guarulhos (GRU) won the Over 20 Million passenger category, witnessing a 2.8% growth in 2019 to break the 43 million passenger barrier for the first time. The airport secured five new international services including routes to Munich and Montreal, as well as 26 domestic services.

Myrtle Beach Chamber/CVB won the Destination category, attributing local passenger growth to its dynamic, research-based marketing efforts and an alliance with the local airport dating back to 2012.

The final award of the night, the new Route Exchange award, was presented to Aruba Airport Authority to recognise its excellence in digital marketing campaigns and airline engagement via the Route Exchange platform.