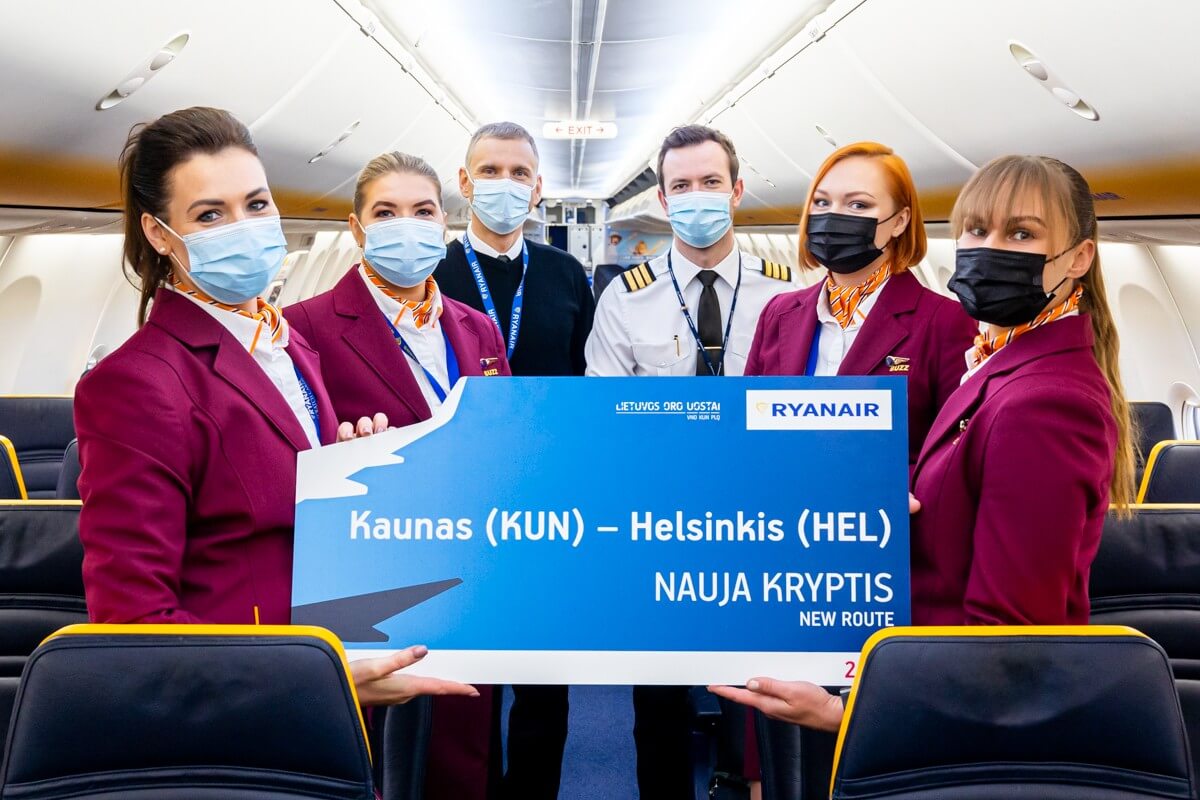 Since the end of October, the number of direct and regular flights at Lithuanian airports has increased.

As the intensive recovery of the aviation sector continues, it is planned that as many as eleven new destinations will be launched from Vilnius and Kaunas airports before the end of the year, while some of the previously existing routes are to be renewed in parallel.

According to Aurimas Stikliūnas, Head of Aviation Services at Lithuanian Airports, the increasing aircraft occupancy and the growing demand for flights prove that the aviation sector is steadily recovering from the pandemic and is catching up with the record year.

“This December, airlines will offer regular flights to as many as 78 destinations across the entire network of Lithuanian airports (compared to 88 destinations in December 2019),” he says.

“Perhaps the biggest leap in terms of the number of destinations has already been demonstrated by Kaunas Airport at the beginning of November, where as many as eight new direct destinations were launched.

“Vilnius Airport will offer direct access to cities such as Yerevan and Reykjavik from next month, while a number of previously existing routes will be renewed”.

On Saturday-Tuesday, 8 new regular routes were launched to and from Kaunas Airport. Flights to two Spanish cities – Madrid and Malaga, a popular resort in the south of the country, as well as Helsinki in Finland and Gothenburg in Sweden – started on 31 October.

From Monday, a direct and regular flight from Kaunas Airport will take you to the UK city Manchester and Alborg (Denmark).

Flights to two popular capitals Stockholm and Budapest started on Tuesday. All these routes are offered by “Ryanair”.

According to A. Stikliūnas, the new destinations from the second largest gateway will significantly improve connectivity.

The routes are of interest to both business and holiday travellers, as well as emigrant communities abroad.

There will be no shortage of news at the capital’s airport, some of which has already started. Flights to Kharkiv, Ukraine, started on Saturday, flights to Tel Aviv, Israel, and to Birmingham, UK, started on Tuesday.

These routes are organised by “Ryanair”, which has also launched a regular route to Eindhoven Airport (the Netherlands) from the beginning of November.

Direct flights to Liverpool, Belfast and Lviv are scheduled to resume from mid-December. These routes will be operated by the airline “Wizz Air”.

In addition to the routes to be renewed, the capital’s airport will offer new destinations. It is planned that from mid-December, “Wizz Air” passengers will be able to fly to Yerevan, the capital of Armenia and to Reykjavik.

From the second half of this month, “Norwegian Air Shuttle” is expected to offer flights to the Norwegian city Bergen, which is relevant for Lithuanians.

“As you know, “Wizz Air” and “Ryanair” are the airlines with the largest number of regular passengers in the network of Lithuanian airports, and they continue to successfully strengthen their positions,” says A. Stikliūnas.

“Meanwhile, it gives passengers the opportunity to choose from a wider range of destinations that meet their needs, with the reasonable expectation that the number of routes on offer will grow steadily over time”.