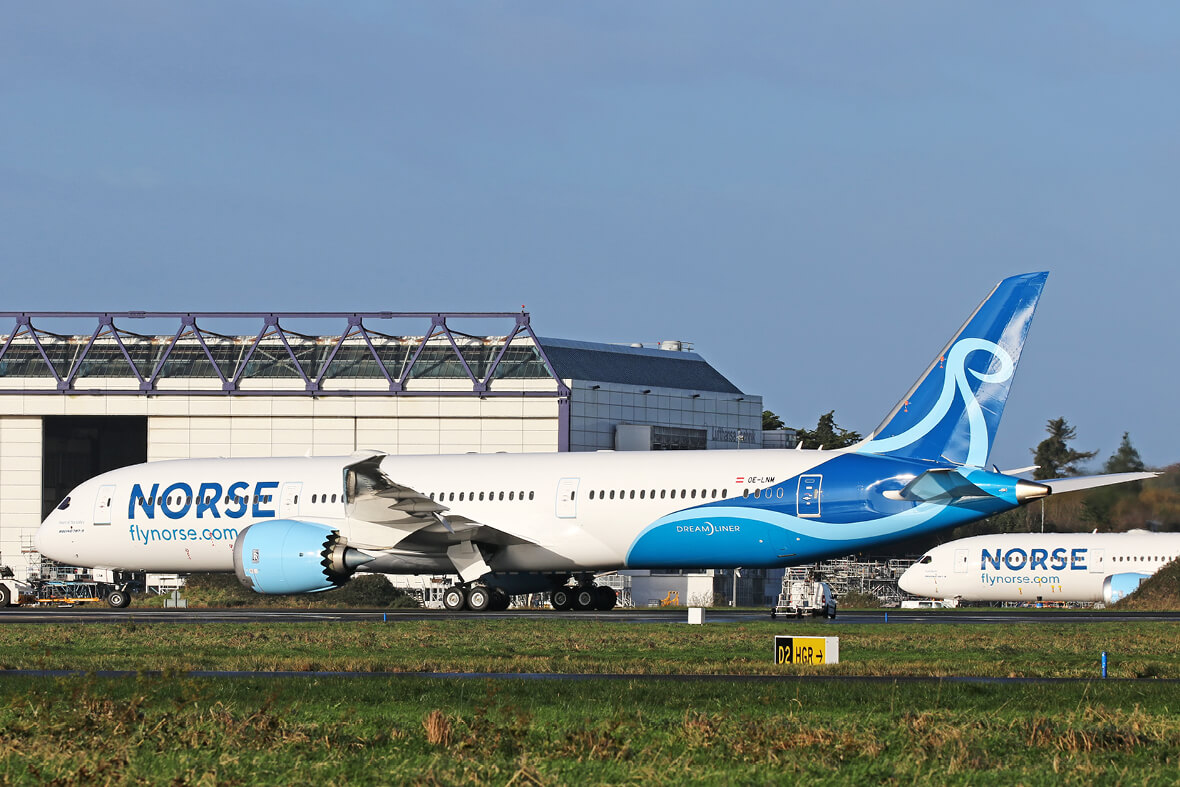 Norse Atlantic Airways has signed a term sheet for sublease of a fifth aircraft, a Boeing 787-8, for a total lease period of 18 months.

.The agreement will increase total cash profit during the sublease period and is in addition to the previously announced four aircraft that have been subleased.

The aircraft is expected to be delivered to the sub-lessee before year end with a lease period of 18 months.

Norse has taken delivery of 13 of a total fleet of 15 Boeing 787 Dreamliners. All 15 aircraft are on long-term flexible lease terms agreed during 2021 when lease rates were at historical low prices. The low lease pricing is fixed for the full duration of the leases, with no inflationary adjustments.

For the first 12 months after delivery of each respective aircraft, Norse only pays for the aircraft on a power by the hour basis.

Norse expects to take delivery of the remaining two aircraft before the end of 2022.

“This additional sublease agreement provides a further opportunity to increase total cash profit during the lease period. We intend to operate 10 Boeing 787 Dreamliner aircraft during our summer 2023 season, which will mark a substantial increase compared to our launch phase in 2022,” said Bjørn Tore Larsen, CEO Norse Atlantic Airways.