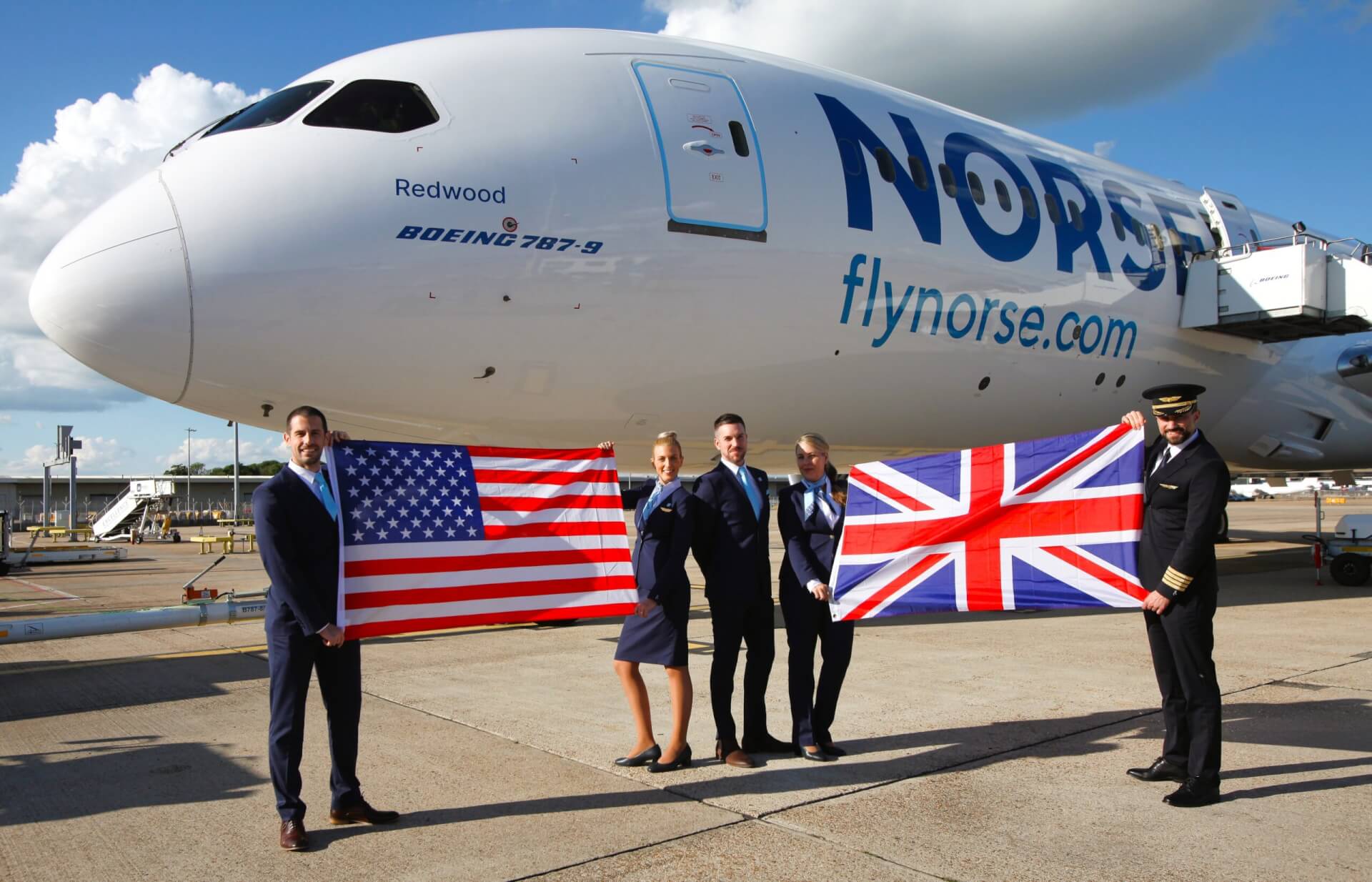 Additionally, on the same day, Norse Atlantic launched flights between London Gatwick and Oslo  allowing customers the ability to purchase tickets as part of a continuous service between Oslo and New York via London.

The daily late morning flights between London and Oslo, operated by Boeing 787 Dreamliners offering both our Premium and Economy cabins, are available to book now with fares from only £74 return including taxes.

Our London to Oslo flights will not only provide the most comfortable option to travel to Norway they will also allow UK customers to take advantage of our flights from Oslo to Fort Lauderdale, Orlando and Los Angeles.

“We are very pleased to now be able to welcome customers at London Gatwick on board our Boeing 787 Dreamliners to New York and Oslo” said Bjorn Tore Larsen, CEO of Norse Atlantic Airways.

“Thanks to Norse Atlantic Airways customers have an affordable option allowing them to book a last-minute trip or a holiday of a lifetime with an airline that offers choice, excellent value and a quality service.”

“North America is a key market for us, with New York continually among our most popular destinations.

“We currently operate 40 long-haul routes across the USA, Canada, Caribbean,  Africa, Middle East and Asia, so it’s great news for our passengers – as well as businesses across the region – that we are able to add another fantastic long-haul carrier to our operation, increasing choice and competition.

“We look forward to seeing Norse expand its transatlantic offer even further over coming months, alongside its connections to Oslo.”

Norse Atlantic Airways recently announced that customers looking to explore the world for less now have access to even greater choice and convenience following the launch of the airline’s connectivity partnership with easyJet, Norwegian and Spirit Airlines.

“The introduction of affordable Norse Atlantic Airways point-to point flights between the UK and the United States, will benefit both local tourism and businesses”, continued Bjorn Tore Larsen.

“Not only are we directly investing in both countries by employing local staff but also supporting job creation across the wider tourism and service industry.”