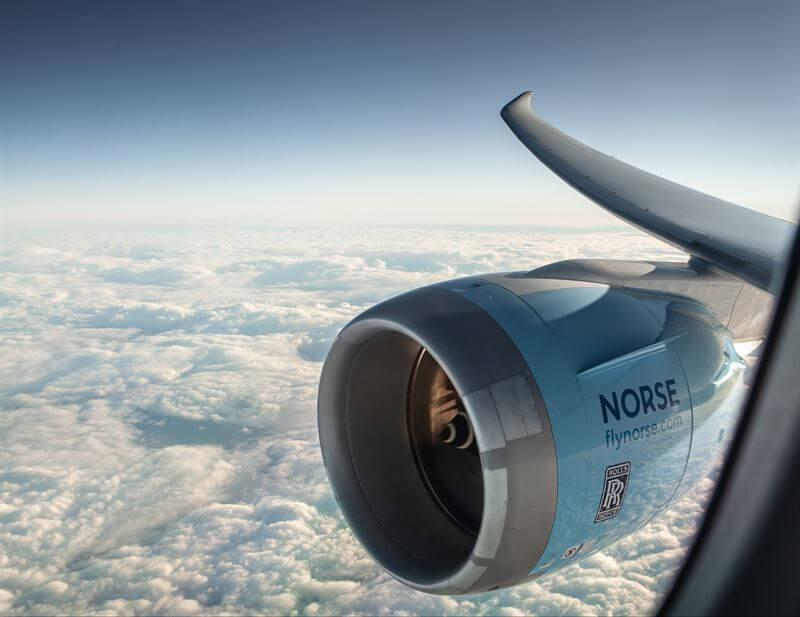 The agreement will generate positive cash flow for Norse and is for a period of 18 months.

“This sublease agreement with Air Europa provides a compelling opportunity to generate positive cash flow from aircraft that we were not planning to fully utilize in our start-up phase,” said Norse CEO Bjørn Tore Larsen.

“The agreement strengthens our already solid financial position as we continue to stay true to our strategy of cautiously entering the market and ramping up based on customer demand.”

The aircraft will be delivered to Air Europa in the second quarter.

The sublease is subject to completion of documentation, expected to occur around the end of April.

Norse commences ticket sales later this month and the first flight will take off in June.

Norse plans to serve destinations including Oslo, Paris, London, New York, Los Angeles and Florida. The route network will be announced when ticket sales are launched.

“We strongly believe that the demand for transatlantic travel will eventually bounce-back with full force because people will want to explore new destinations, visit friends and family and travel for business,” Larsen said.

“Norse will be there to offer attractive and affordable flights on our more environmentally friendly and fuel-efficient Boeing 787 Dreamliners to both leisure and cost-conscious business travelers.”