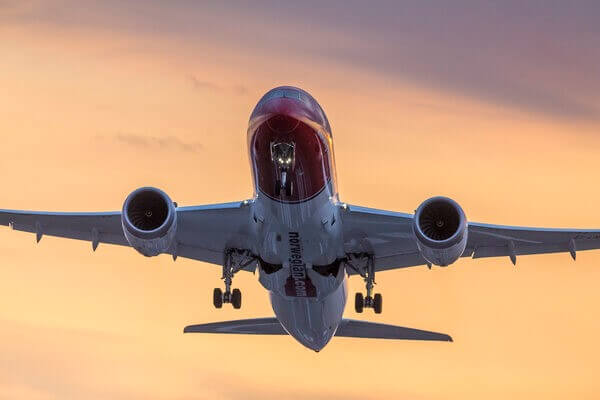 Beleaguered Norwegian Air today posted a loss of 12.8bn Norwegian crowns (£1.1bn) as the carrier continues its bid for survival through restructuring.

The airline said that just 15 of its 131 aircraft were operating flights in the final quarter, mainly flying domestic routes within Norway.

It carried just over 500,000 people during the period, down 92 per cent on the same quarter the previous year.

Today’s loss comes with Norwegian locked in an examinership process in Ireland and reconstruction process in Norway. It said that these would finish in the second quarter.

Thus far, it said that it had reduced its debt pile to from 58bn to 40bn Norwegian Crowns, just half of the cuts it needs to make so far.

Chief executive Jacob Schram said: “2020 was an exceptionally difficult year for the aviation industry and for Norwegian. Consequently, the fourth quarter results are as expected.

“Unfortunately, many of our employees are furloughed or have lost their jobs, partly due to the company’s decision to cease long-haul operations.

“Despite the difficulties the pandemic has caused, there is a great fighting spirit and engagement within the company, and together we will build new Norwegian when we exit the reconstruction processes.

“Now, we are doing everything we can to emerge as a more financially secure and competitive airline with an improved customer offering, and as soon as Europe begins to reopen, we will be ready to welcome more customers on board.”

As part of its restructuring plan, the carrier has cut 2,000 jobs, as well as its base at Gatwick. It will also exit the lucrative transatlantic market to focus again on domestic and European short-haul travel.