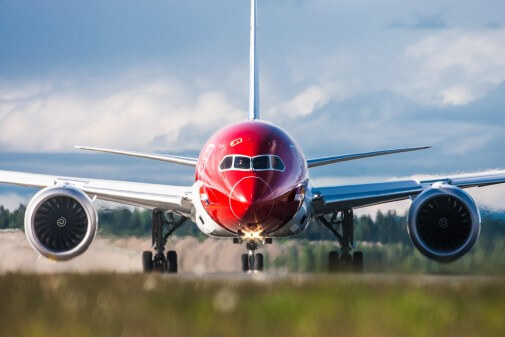 Norwegian Air Shuttle this morning hailed a “clear improvement” in its financial position as bookings at the carrier continued to increase.

The airline, which recently emerged from a brutal restructuring period, reported revenues of 591m Norwegian crowns (£49.6m) in the first half of the year.

It added that 32 of its 51 planes – a mere third of its total fleet before the pandemic struck – had been in use in the first half.

By the end of the year, it expects of all its aircraft to be in use.

“However, Norwegian is now in a much stronger financial position and is able to plan for the future with renewed confidence and focus.

“Forward bookings continue to increase in response to the relaxation of travel restrictions and the roll out of international vaccination programmes. We expect to see this trend continue in the remaining months in 2021 and through 2022.”

In May the carrier emerged from a six month restructuring process, despite many predicting that the pandemic would spell the end for it.

But now Norwegian will operate solely as a short-haul airline, having discontinued the transatlantic operation that fuelled its rapid growth.