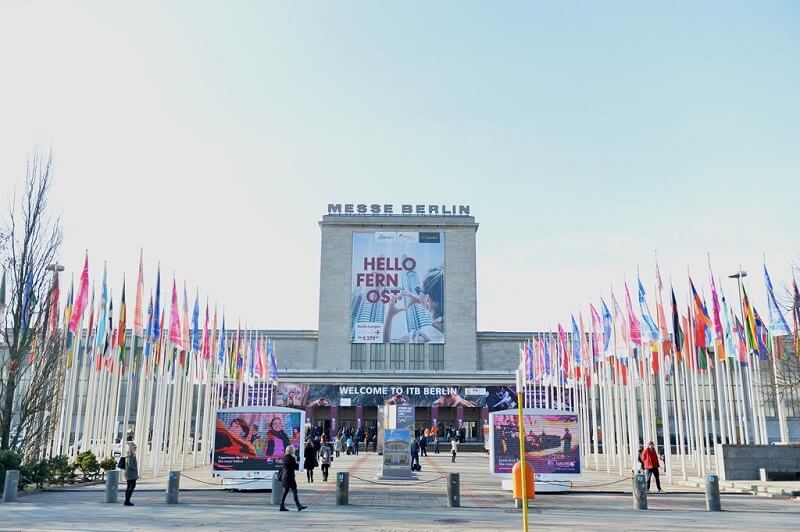 The Sultanate of Oman has revealed that it has been named as the official partner of ITB Berlin 2020, the world’s leading travel trade show, which will take place from March 4 to March 8, 2020 in Berlin.

Oman is the first country from the Middle East to be named as partner for this global event. The official Oman delegation is set to be headed by H.E. Ahmed bin Nasser Al Mahrazi, Minister of Tourism, and will be accompanied by over 50 tourism related companies, including hotels and establishments, 5 tourism investment companies, 3 adventure tourism companies and the Oman Aviation Group. Participation at this year’s event falls in line with the Ministry of Tourism’s continuing efforts to promote the Sultanate’s tourism potential, including the ability to host and organize international tourism events.

Having been selected as an official partner for ITB Berlin demonstrates the event’s confidence and appreciation for the Sultanate’s commitment to elevate the tourism industry, which plays a key role in promoting Oman’s economic growth and diversification.

The opening ceremony of ITB Berlin, which is dubbed as one of the most important events of the show, will be held on the eve of the launch of the exhibition–across the presence of decision makers, German tourism officials, 180 participating countries and representatives from top global media organizations. This year’s event is dedicated to ITB Berlin’s official partner, the Sultanate of Oman.

The exciting five-day event will throw the spotlight on sustainable tourism in Oman, particularly its diverse portfolio of tourism offerings, cultural potential and related components.

Among the most awaited events at this year’s exhibition is the official opening ceremony dedicated to the Sultanate–taking place on the eve of the exhibition’s opening day (March 4, 2020) with a special ribbon cutting event to be held at the Oman Pavilion across an attendance of various participating delegations and global media.

The Royal Oman Symphony Orchestra will hold a concert in Berlin during the global event, while the Ministry of Tourism will organize two roundtable discussions and visual presentations focusing on Omani history, civilization and culture–further promoting the country’s potential as a highly preferred tourism destination.

As an official partner of ITB Berlin 2020, Oman will enjoy advertising and media features and prominent spaces for display, in addition to allocating the main opening ceremony to talk about the Sultanate’s cultural identity. Moreover, the agenda during the opening day of ITB Berlin will officially start at the Oman Pavilion, which will be supervised by the Ministry of Tourism.

Because it is the official partner for this year’s event, the name of the Sultanate of Oman will receive massive branding opportunity–being placed across all ITB Berlin publications, posters and newsletters. In addition, the Ministry of Tourism will publish promotional advertisements and banners across prominent sites within the exhibition area and also in crowded places in the capital, Berlin, and on German taxis, for the duration of the exhibition.

Held annually with the participation of approximately 10,000 exhibitors from over 180 countries, ITB Berlin attracts around 160,000 visitors, with extensive media coverage from more than 500 international specialized media outlets, 7,000 media figures and 1,500 dedicated tourism bloggers–affirming its reputation as one of the most prominent events of the global tourism industry.

Under the supervision of the Ministry of Tourism, the Oman Pavilion is set to feature 40 entities from the country’s thriving tourism segment–including five tourism investment companies, three adventure tourism companies and an independent section for the Oman Aviation Group.

The Sultanate’s participation as an official partner of ITB Berlin will open new avenues for the Ministry of Tourism, capitalizing on the media coverage and the marketing platforms, programs and events provided by the exhibition to have access to approximately 570 million people in the European market alone, as well as 19 million personnel specialized in global tourism industry from various tourism authorities, agencies, establishments and entities. The exhibition will also give Oman the opportunity to showcase its distinctive identity to more than 14 million followers of ITB Berlin’s website.