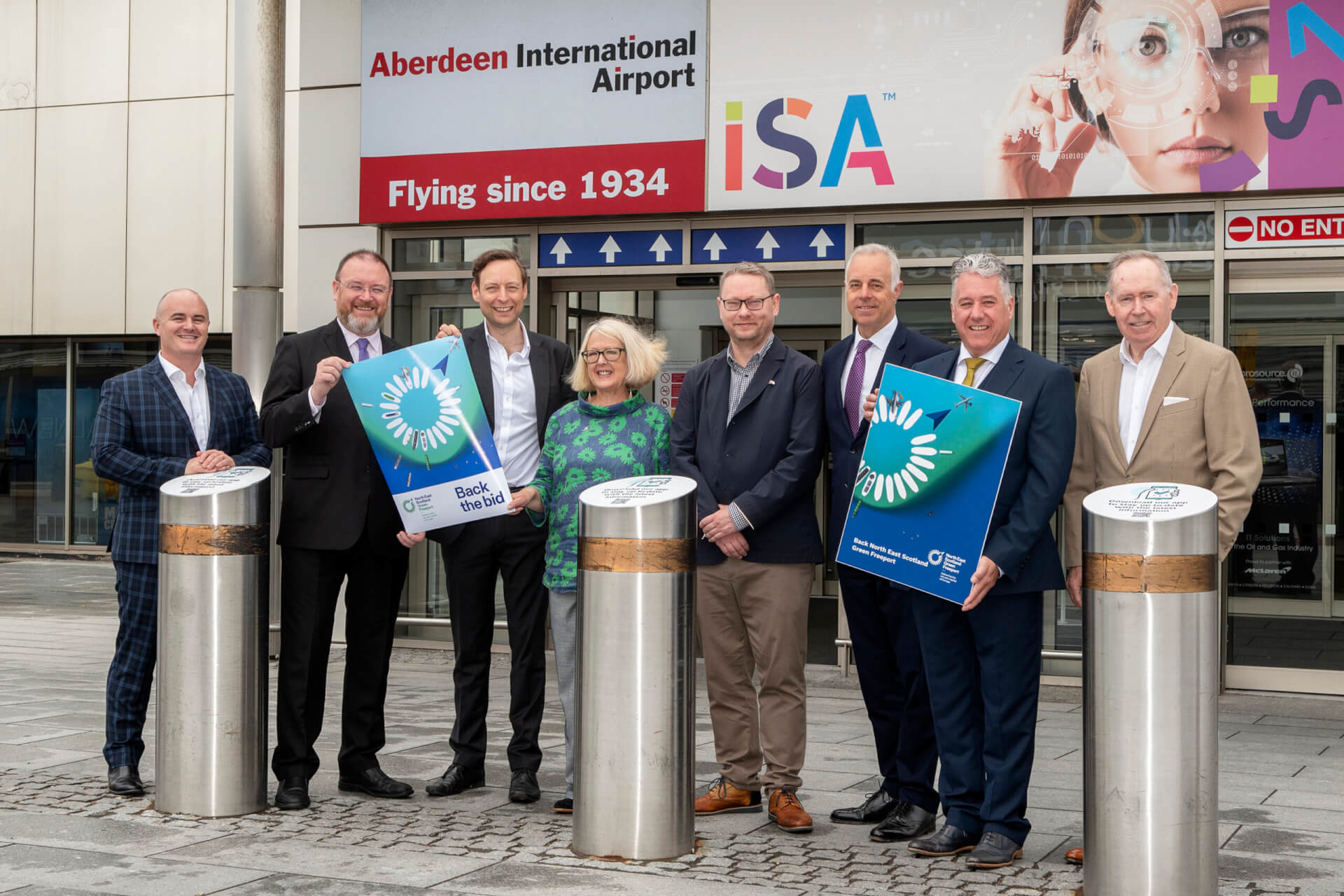 Parliamentarians from across the political divide have united to throw their weight behind the North East Scotland Green Freeport bid.

As the consortium leading the ambitious plan submitted its vision to the UK and Scottish governments today (June 20, 2022), MPs and MSPs pledged to campaign in the weeks ahead to ensure the region is first in line for the vital investment.

Final analysis of the economic benefit of the bid found that up to 32,000 highly-skilled jobs will be created and Gross Added Value (GVA) income will be boosted by £8.5bn over the next 10 years if the region becomes one of two areas in Scotland to be granted transformational green freeport status.

The North East Scotland Green Freeport consortium – led by the Port of Aberdeen, Peterhead Port Authority, Aberdeen International Airport, and the region’s two local authorities ¬– has vowed to use the designation to place the area at the heart of the global energy transition.

The status will lead to the North East becoming the Net Zero Capital of Europe through the development of pioneering carbon-free technologies – a move which will also help regenerate and transform local communities and provide opportunities for those who need them most.

The partners believe that the fusion of green freeport status with the North East’s world-leading energy expertise will lead the UK’s decarbonisation drive and just transition to a net zero economy.

It will also create a regional customs hub for premium and globally recognised Scottish food and drink exports, building direct links to key markets for products such as Scotch whisky, seafood and meat produce.

As final preparations were being made to submit the bid to Westminster and Holyrood, local politicians gathered at Aberdeen International Airport to hear first hand how green freeport status could help support decarbonisation of the aviation industry.

Sustainable aviation fuel and the roll-out of drone technology are among the initiatives that could be pioneered locally if the bid succeeds.

Jon Matthews, Group Head of Capital and Planning at Aberdeen International Airport, said: “We are delighted to have cross-party support and we are urging politicians of both parliaments to make the strongest case possible to the respective governments.

“The North East Scotland Green Freeport bid is a real opportunity to establish our region as the Net Zero Capital of Europe.

“It will deliver a sustainable economic future for the region with 32,000 fair-work long-term jobs.

“The strength of our bid lies not only in our net zero and global export ambitions, but in the strong collaboration we have here, built on world class foundations.

“In addition to our international airport – the most connected regional airport in the UK – and two major marine ports with combined goods exports of over £1bn in 2021, we have cross-party support from an array of stakeholders, private sector and academia.

“We can really harness the team-North East approach to deliver a prosperous new chapter in our industrial story, with far-reaching benefits.”

“Securing freeport status in the North East would potentially create up to 32,000 jobs while generating billions of pounds for our economy and leading our transition to net zero.

“Aberdeen, from its expanded port to its airport and Peterhead, including its port and St Fergus, are ideally placed for a revolutionary freeport development. I regularly meet with the consortium and commend the group on their fantastic work in preparing such an excellent bid.”

Richard Thomson, SNP MP for Gordon, said: “Having made the case through the passage of the legislation at Westminster for a green freeport model, I very much welcome this North East bid which can help meet Scotland’s net zero ambitions, supports the local economy, and also upholds high standards of environmental protections and fair work practices. It is clear there is support from businesses for green freeports and I look forward to the North East bid progressing.”

David Duguid, Conservative MP for Banff and Buchan, said: “I am delighted back the consortium’s bid for a freeport in the North East.

“I have regularly met with Peterhead Port Authority who have worked over several years to ensure our town was part of this fantastic bid.

“A freeport would bring unprecedented benefits to Peterhead, which is why this is a truly exciting moment for our area.

“Peterhead has a great future and has a lot to offer, from our bustling port and fish market to the Acorn CCS and Hydrogen Project at St Fergus, and key energy infrastructure sites around the power station.

“The consortium deserves huge praise for preparing such an excellent bid for the North East.”

“We have heard the potential for tens of thousands of jobs to emanate from this exciting project, into every corner of the region.

“Partners including Aberdeen International Airport have done a power of work to present a compelling, mature prospectus.

“Now that there is the political will recognising the many opportunities presented by freeports, it’s time for both Scotland’s governments to press on with taking advantage.”