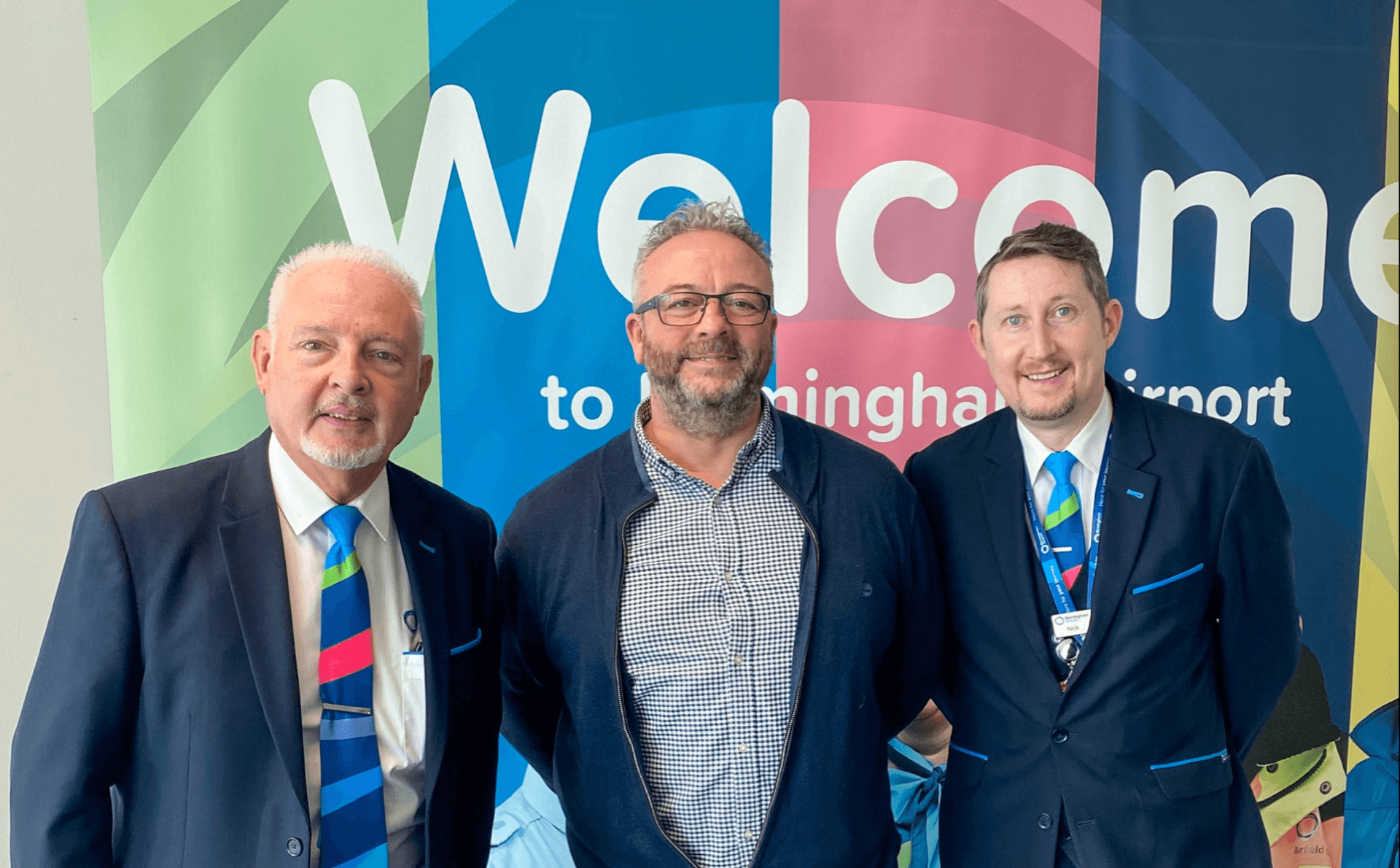 A business traveller has thanked Birmingham Airport (BHX) staff who saved his life when he suffered a seizure and swallowed his tongue.

Company director, Rob Wilcox, 56, from Evesham, Worcestershire, collapsed moments after getting off a flight back home from Düsseldorf in Germany.

The father-of-three was flagging down a taxi when the seizure took place.

Rob’s colleague Matt Cross yelled for help and within seconds Tom Barrett and Nick Price, both BHX customer experience ambassadors, were on the scene.

They found Rob unresponsive, lying on his back struggling to breathe. The first aid-trained duo found Rob had swallowed his tongue.

They cleared his airway and applied a defibrillator to Rob’s chest, but the machine advised them not to administer a charge as it detected he still had a faint pulse.

Nick and Tom put him in the recovery position, staying with him until paramedics arrived.

Rob spent two days in hospital where he recovered.

Rob said: “The last thing I remember was waiting for a taxi – then everything went pitch black. I’m so grateful to Nick and Tom. Had it not been for their swift action, I would not be here today. These two are heroes.”

Rob and his wife Sharon returned to BHX on 6 January to thank Tom and Nick in person.

Sharon said: “Rob and I were sitting with all the family on Christmas Day, around the table, feeling so lucky that Tom and Nick were there at that critical moment. Thank you from the bottom of my heart.”

Tom said: “This is part of our job – making sure our customers have what they need, whether that’s directions to ‘departures’ is or, in this case, life-saving support. We’re just glad we could help.”

Rob is now awaiting the result of tests as medics try to establish what caused the seizure, which took place on October 12 last year.