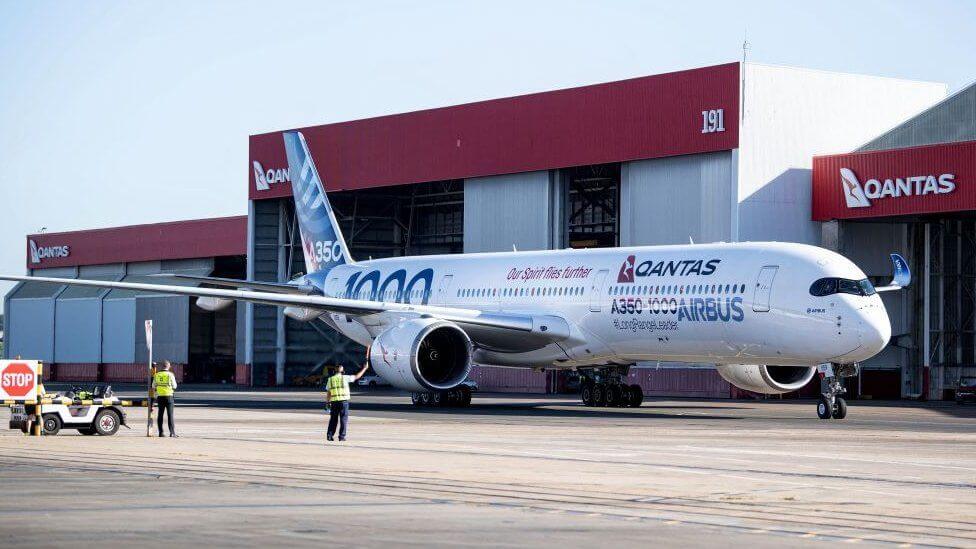 Over the weekend Qantas announced several major fleet decisions regarding its international and domestic networks over the next ten years.

12 Airbus A350-1000s were ordered to operate non-stop flights from Australia to cities including New York and London, beginning towards the end of 2025, flying from Sydney taking .

The fleet will be Powered by Rolls-Royce Trent XWB-97 turbofan engines, which are 25 percent more fuel efficient than previous generation aircraft, meaning lower emissions over a longer range with less noise and better economics. This announced, as well as another Project ‘Wilson’, will create over 1,000 new jobs, and career progression opportunities for the airline staff.

The aircraft will carry 238 passengers across four classes (First, Business, Premium Economy, Economy) with more than 40 per cent of the cabin dedicated to premium seating. Comparatively, more than competitor airlines which was around 300 premium seats. The cabin is also specially configured for improved comfort on long flights and includes a wellbeing zone in the center – with a self-service snack bar and space for stretching and movement – to combat the effects of spending 20 hours in the air.

“The A350 will make any city just one flight away from Australia. It’s the last frontier and the final fix for the tyranny of distance. As you’d expect, the cabin is being specially designed for maximum comfort in all classes for long-haul flying.

“These newer aircraft and engines will reduce emissions by at least 15 per cent if running on fossil fuels, and significantly better when run on Sustainable Aviation Fuel. This order brings us closer to our commitment to reach net zero emissions by 2050. Project Sunrise will be carbon neutral from day one.”