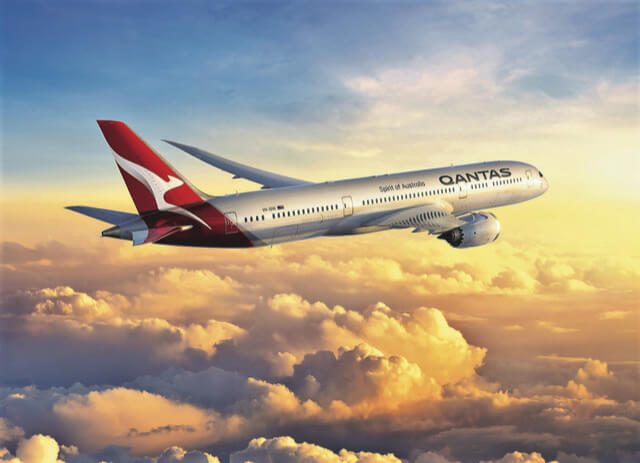 Qantas has delayed the restart of international operations to the end of October as the Covid-19 pandemic continues to wreak havoc on the aviation industry.

Speaking at the announcement of the Australian carrier’s 2021 half year results to the end of December, 2020, CEO Alan Joyce said the airline had suffered an underlying loss before tax of AUS$1.03 billion, following a 75 per cent fall in revenue to AUS$6.9 billion.

Now, as governments again set new conditions before the resumption of international travel in any meaningful sense is allowed, he added the airline will again delay its resumption of full services.

Joyce said: “Throughout the pandemic, we’ve updated our assumptions on international travel restarting.

“Since the start of this year, we’ve seen: a huge surge in Covid cases around the world; new strains emerging and a shift from ‘herd immunity’ as the threshold for opening borders to ‘fully vaccinated’.

“As a result, we’re now planning for international travel to restart at the end of October this year, in-line with the date for Australia’s vaccine rollout to be effectively complete.”

However, he added there may be some hope for services to New Zealand to resume earlier as both countries have almost wiped out Covid-19 in their territory thanks to the early introduction of ruthless measures to combat the disease.

As a result, both countries have held discussions about the resumption of travel between them with the formation of a strict flight bubble.

Joyce said: “We’re still targeting July for a material increase in New Zealand flights. We’re in close consultation with government, and if things change, so will our dates. But with the vaccine rollout already underway, we’re on the right track.”

He added the situation has been more positive on the domestic front where just 1 per cent of flights operated didn’t break even on a cash front.

Joyce said the success of the programme was largely thanks to a complete rethink in how best to introduce or cancel routes as Australian states frequently closed their borders to each other in response to local outbreaks.

He added: “We are managing our network and our costs closely, so we can seize on opportunities but not get caught out when things suddenly change.

“Airlines usually have a summer schedule and a winter schedule. During Covid, Qantas and Jetstar have had new schedules at least once a week.

“We’ve developed systems to manage all the changes to state borders that would have been unthinkable a year ago.

“On the cost side, these new systems meant that only 1 per cent of our domestic flights didn’t at least break even on a cash basis. On the revenue side, we’ve been able to add capacity and routes to take advantage of changing demand patterns.

“This ability will benefit us well beyond Covid. And it comes on top of the product and service advantages that both Qantas and Jetstar have built over the years – which will continue to set us apart in this new market we’re entering.”

Joyce added while the airline groups’ new-found nimbleness will continue to benefit it in the future, he was hopeful that normality may soon resume on the domestic front.

He said: “Hopefully, domestic border closures will soon be a thing of the past. With the vaccine now rolling out to frontline and quarantine workers, the odds of that are improving every day.

“We’ve had very positive conversations this week with several premiers and chief ministers about how to restore confidence in borders as quickly as the health advice allows.

“For instance, is there a stage in the vaccine rollout where National Cabinet could declare that the need to resort to domestic border closures is virtually gone? Could we reach that point as soon as April?

“We think an assurance like that is worth pursuing – because it would accelerate the recovery in key parts of the economy and give many businesses, not to mention friends and families, instant certainty.”