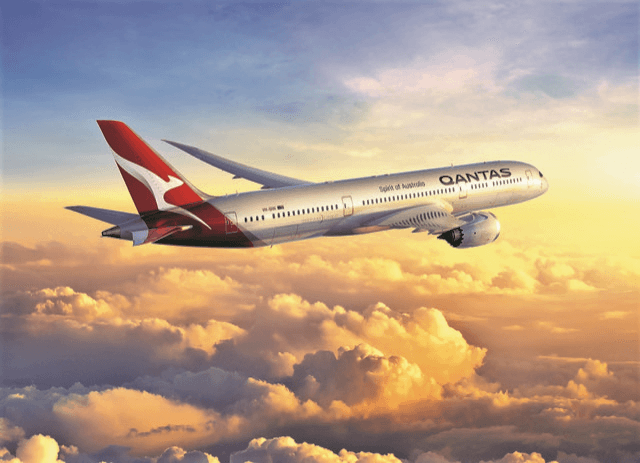 Qantas Airways Ltd forecast it will report a first-half profit that tops market estimates for the full year as demand rebounds, even as it spends money to improve operational reliability and sweeten wages.

Shares soared more than 12%, the biggest one-day gain in nearly two years, after the airline confirmed it would end its pandemic-driven streak of losses.

Qantas expects to report first-half underlying earnings before tax of between A$1.2 billion ($753.12 million) and A$1.3 billion, up from a similar-sized loss the prior year.

The forecast for the first half ending Dec. 31 beat analyst estimates that it would report a full-year underlying profit before tax of A$1.15 billion, according to the average estimate of 14 polled by Refinitiv.

UBS analysts said in a note that the first-half guidance was more than double its earlier estimate of A$463 million, driven in part by further capacity cuts that would keep fares high.

“We now expect it to be a very strong profit,” Qantas Chief Executive Alan Joyce told reporters of the first half.

He declined to provide an outlook for the second half beyond noting that international ticket prices were expected to moderate as Qantas and rivals added capacity.

Qantas has traditionally reported stronger profits in the first half than the second half because of seasonal effects and it also faces rising economic headwinds and a higher fuel price.

Joyce said inflation and interest rate increases had not yet dented travel demand and higher fares were allowing it to recover the increased cost of fuel.

“That’s not to say things won’t soften in the future,” he said. “But based on our forward booking trends, demand keeps on strengthening.”

Qantas, like domestic rival Virgin Australia and many other airlines globally, suffered from a rise in delays, cancellations, lost baggage and staffing issues this year as travel demand rebounded.

The airline’s performance is improving after it trimmed domestic capacity expansion plans and said it will invest A$200 million in the first half to roster additional crew, train new recruits and keep aircraft in reserve to reduce delays and cancellations.

The strong rebound in travel, combined with rising inflation, has led to threats of industrial action by some unionised staff because the airline was offering a two-year wage freeze followed by two years of 2% pay rises in its latest round of agreements.

Qantas said on Thursday it would increase the offer to a 3% increase after the wage freeze, at a cost of A$40 million a year.

It is also offering bonuses worth around A$10,000 per employee. ($1 = 1.5934 Australian dollars) (Reporting by Jamie Freed; Editing by Deepa Babington, Richard Pullin and Gerry Doyle)