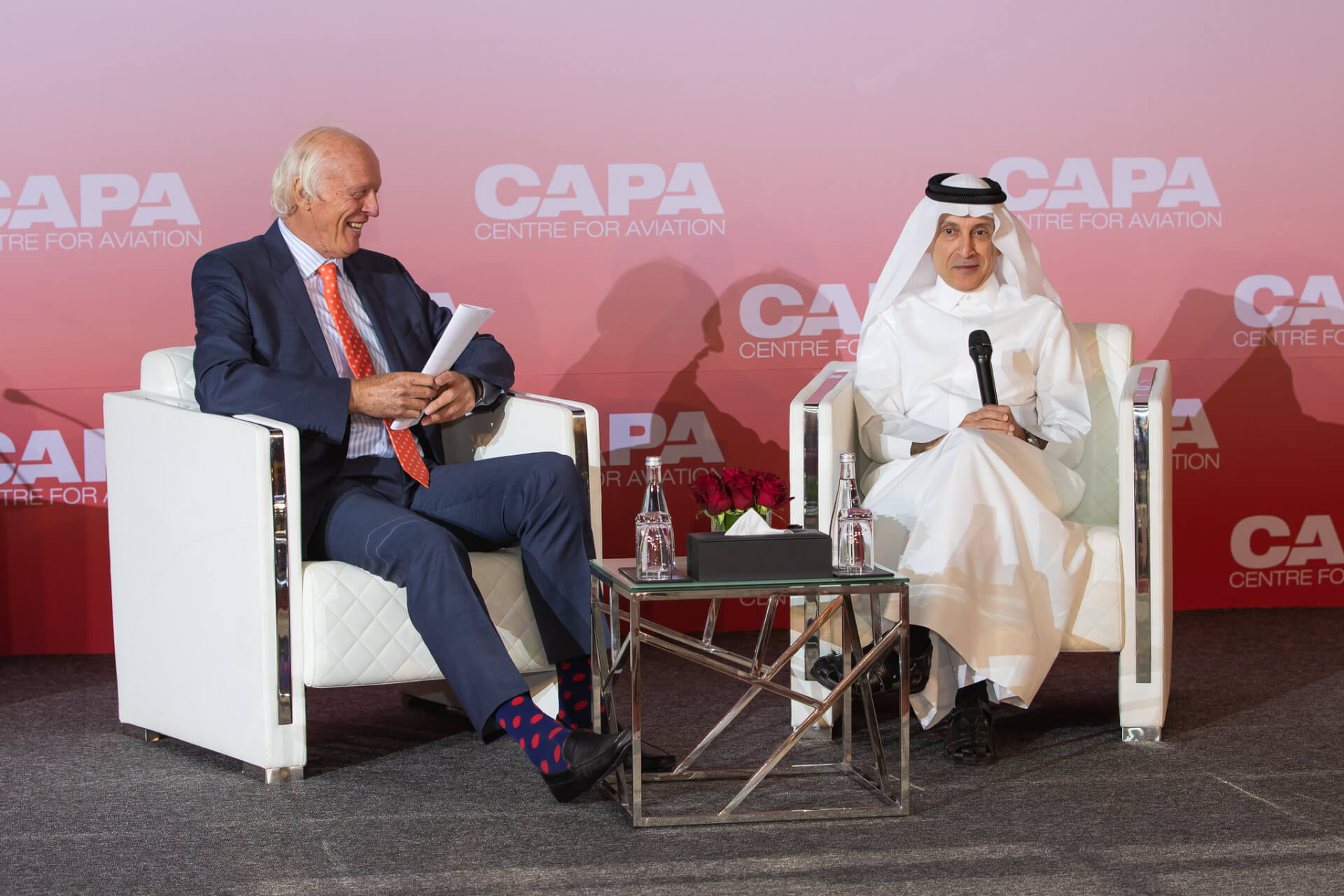 Under the patronage and attendance of H.E. Mr. Jassim bin Saif Al Sulaiti, the first day of the CAPA Qatar Aviation, Aeropolitical and Regulatory Summit kicked off on Wednesday 5 February at the Sheraton Hotel in Doha, Qatar.

The summit, held in the presence of the President of Qatar’s Civil Aviation Authority, His Excellency Mr. Abdulla bin Nasser Turki Al-Subaey, was attended by ambassadors, officials and senior executives from the aviation industry.

Qatar Airways Group Chief Executive, His Excellency Mr. Akbar Al Baker, delivered an inspiring keynote address on the first day of the conference in front of international delegates and decision-makers from across the aviation industry.

Speaking in the keynote address, Qatar Airways Group Chief Executive, H.E. Mr. Al Baker said: “The timing of this years’ summit is perfect to engage in fruitful discussions and constructive debate. More than ever, our industry continues to show great levels of resilience in the face of adversity and disruption. At the same time, we remain a positive and constructive voice in improving regulatory frameworks across regions, especially in the areas of sustainability and air liberalisation.

“One of my core beliefs is that a liberalised aviation sector can be a great catalyst for global economic and human development. At Qatar Airways, we believe in connecting people with no borders, only horizons.”

The CAPA Qatar Aviation, Aeropolitical and Regulatory Summit, taking place from 5-6 February, features more than 40 expert speakers from across the airline, legal and government sectors discussing the latest developments in international aviation regulation, both within the Gulf region and globally.