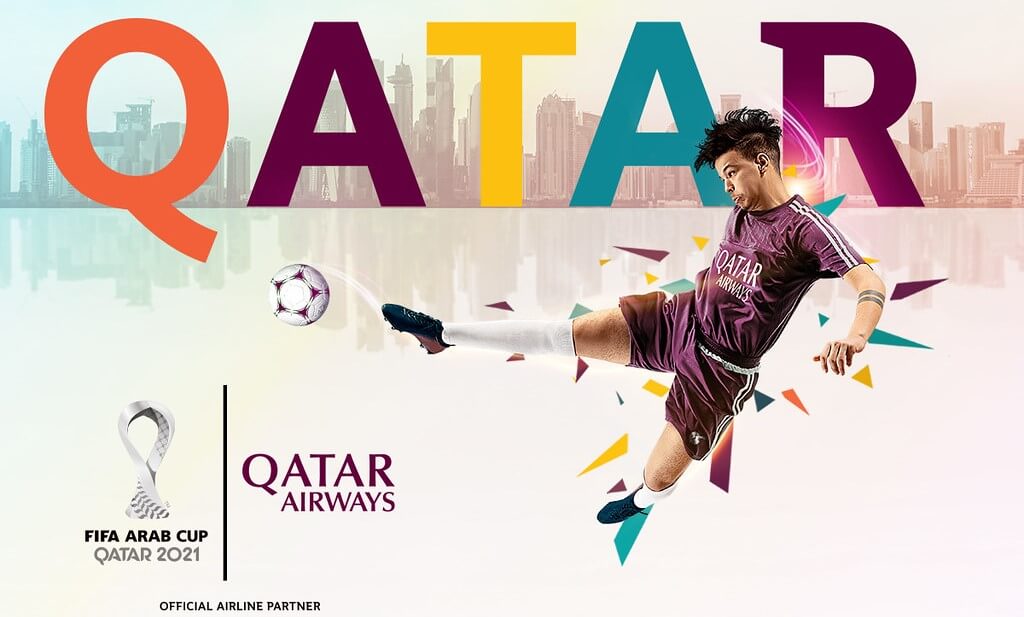 The first ever FIFA Arab Cup will take place in Qatar from 30 November to 18 December, with Qatar Airways as the Official Airline Partner of the tournament.

There are a host of exclusive Qatar Airways Holidays packages on offer from the airline, which will be the first touchpoint for the majority of football fans, players and coaching staff for the duration of their stay in Doha.

Fans will be offered the flexibility of a ‘Build Your Own’ feature which will offer customers  the functionality to choose their preferred travel dates, hotel accommodation and match tickets.

Qatar Airways Group Chief Executive, His Excellency Mr. Akbar Al Baker, said: “With less than a year to go until the FIFA World Cup Qatar 2022, this tournament will be the perfect test run for us as Official Airline and Official Partner of FIFA to prepare for the big stage.

“As this will be the first ever FIFA Arab Cup, Qatar will showcase the best of pan-Arab football.

“We want to provide a seamless primary touchpoint for fans, players, coaching staff and officials during their journey and stay here so that they can enjoy the best tournament possible.”

In addition to the exciting travel packages available, enthusiasts attending the FIFA Arab Cup Qatar 2021 will be able to play virtual football and a host of other action-packed games when they visit the Qatar Airways pavilion located at the Al Bayt Stadium’s public arena, which is set to contest the opening and final matches of the tournament.

The airline will be welcoming spectators to step into the spotlight and create memories inside its FIFA Arab Cup inspired photo-booth, by capturing a selfie to share with friends.