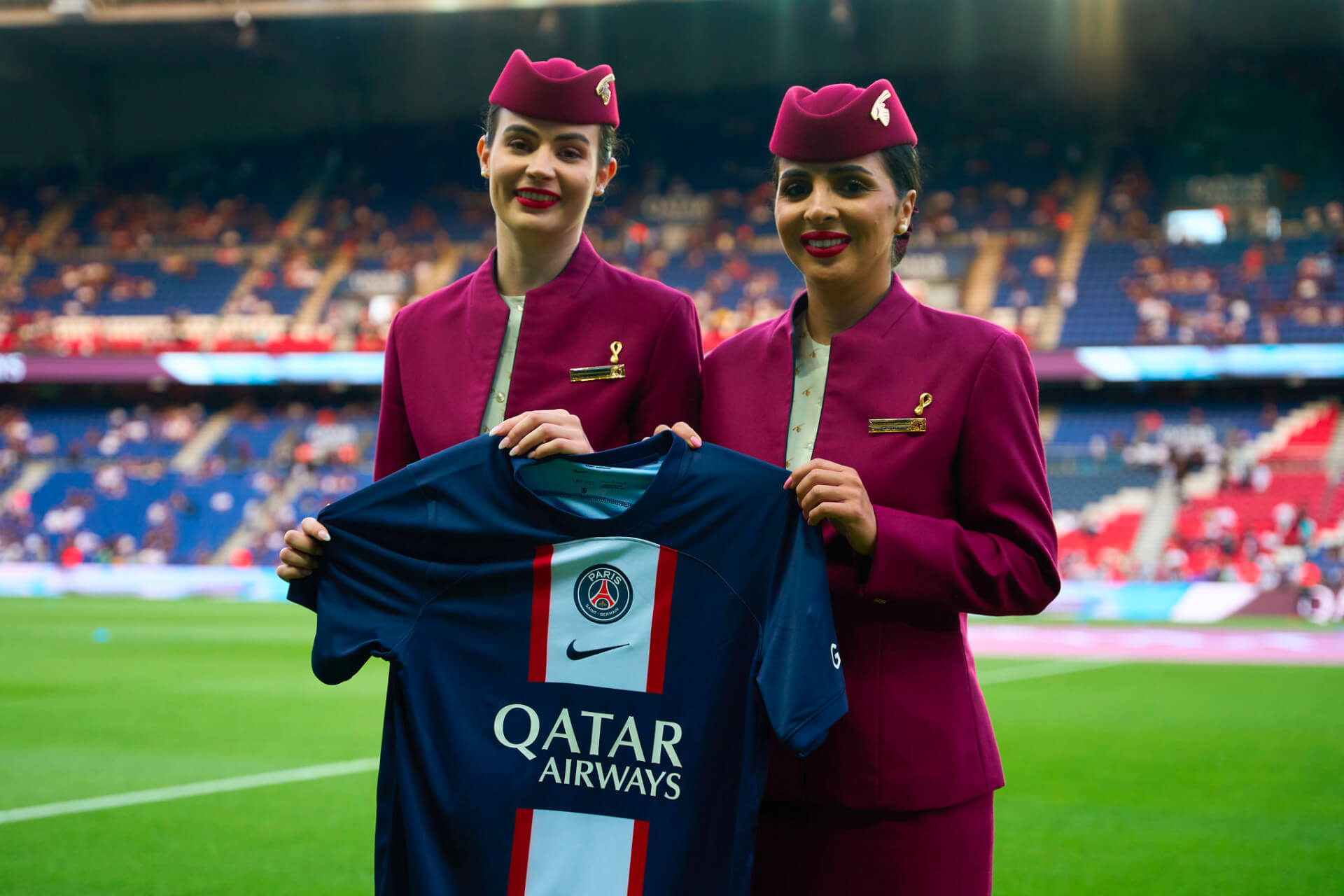 The airline, which was named the team’s Official Airline Partner in 2020 and most recently became the Official Jersey Partner in June 2022, hosted multiple celebrations with fans both in-person and virtually to commemorate the partnership.

To celebrate the occasion, Qatar Airways hosted several opportunities for fans to experience the best of both organisations.

To kick-off the weekend, all 340 passengers flying from Doha to Paris on flight QR0041 were surprised with the new Paris-Saint Germain jerseys featuring Qatar Airways on the front.

“We both believe in the importance of connecting the world – through sport and through travel – and our shared values as global brands dedicated to excellence are sure to make this continued partnership a success through our travel packages for fans and beyond.”

During the match, Parc des Princes featured full Qatar Airways branding through the stadium, including on LEDs and pitch-side, fan engagement opportunities, and a photo moment featuring Paris Saint-Germain  and Qatar Airways leadership, the full roster of players, and Qatar Airways crew.

Fans unable to see the display in-person were treated to full VIP access, with social media users determining where Qatar Airways travelled within the stadium for behind-the-scenes views.

Throughout the season, fans will also be able to travel from more 150 worldwide destinations to Paris on Qatar Airways’ global network through Qatar Airways Holidays travel packages.

The flexible and personalised packages allow fans to book their complete trip, including match tickets, hotel accommodation and return flights all in one place, with no minimum stay.

For global and GCC fans who have already booked their flight to Paris, Qatar Airways is offering additional packages, which include hotel accommodation and match day tickets only, through qatarairwaysholidays.com/PSG.