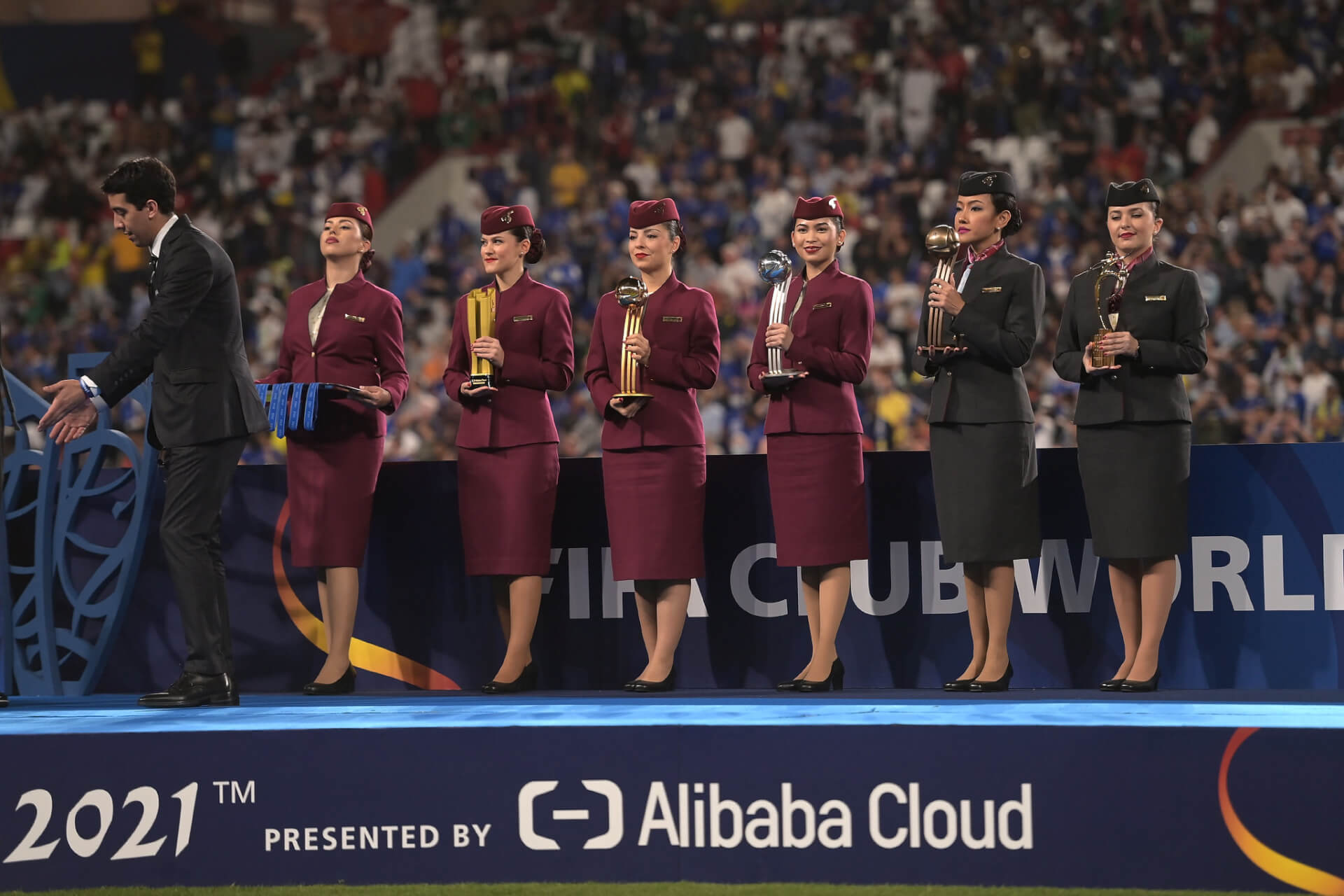 Qatar Airways has extended its congratulations to Chelsea F.C. for clinching the FIFA Club World Cup UAE 2021 title, which took place yesterday in a highly competitive final against SE Palmeiras.

Qatar Airways, the tournament’s Official Airline Partner, was present at Mohammed Bin Zayed Stadium in the UAE for a special prize distribution ceremony.

Qatar Airways Group Chief Executive, His Excellency Mr. Akbar Al Baker, said: “It was exciting for Qatar Airways to have once again been the Official Airline Partner of this star-studded competition.

“We witnessed an incredible performance that was deserving of such a thrilling final.

“I would like to congratulate Chelsea on their victory and also praise Palmeiras for their valiant performance.

“We will proudly be the Official Airline Partner for the upcoming FIFA World Cup Qatar 2022, where fans from around the world will be able to experience a truly unique and hospitable service on board our flights.”

With only a few months until the highly anticipated FIFA World Cup Qatar 2022, football enthusiasts from around the world can now book travel packages, with flexible booking options.

Fans can book seats for their preferred matches and support their favourite team by selecting from seven-tiered travel packages that include return flights, match tickets, and accommodation options at qatarairways.com/FIFA2022.

This was the fifth time that the airline was involved in sponsoring the tournament, having sponsored the 2017 and 2018 editions, which took place in the UAE.

Liverpool F.C won the title in 2019 against Flamengo during a memorable game that drew thousands of fans to Qatar’s shores.