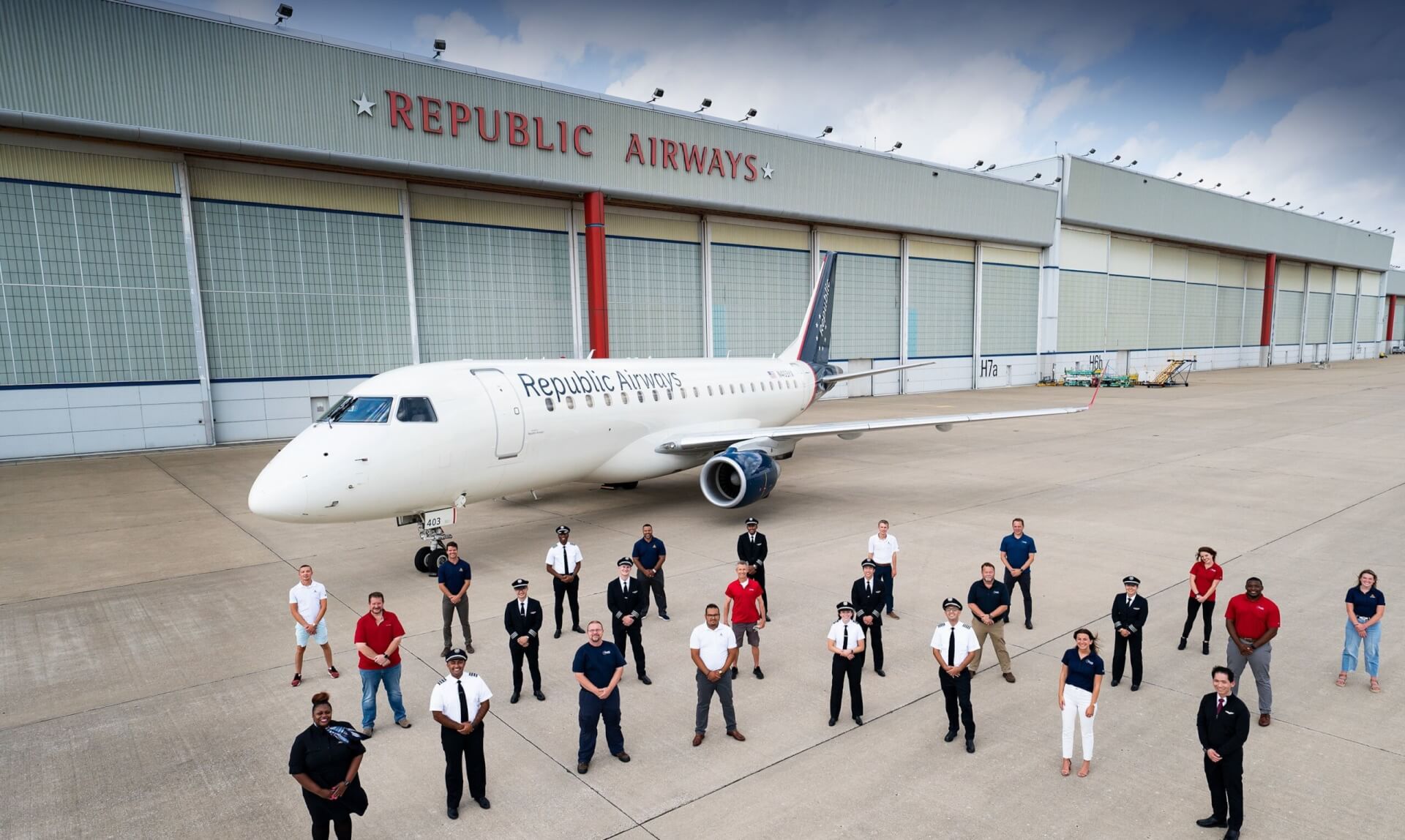 Of the pilots represented by Teamsters Local 357 who participated, 91.5 percent voted in favor of the agreement.

“The goal of these negotiations was to secure improvements that would attract new pilots who are beginning their career and retain the experienced pilots, some of the best in the industry, who are already on the property,” said Captain Josh LeBlanc, Teamsters Local 357 Executive Board President.

“This new agreement certainly makes Republic Airways an attractive place to begin building skills and experience, and, more importantly, the compensation and retirement improvements will encourage many to stay for their entire career.”

Captains, including senior Captains already near or at the top of the industry, will see a 54 percent increase.

These rates are permanent, with no snap-back provisions that have been seen at other carriers.

In addition to wage increases, this agreement includes a significant improvement to the current retirement program.

The existing 401(k) match program, which matched up to 9 percent of pilot contributions and was limited by IRS rules, was replaced with a non-elective defined contribution plan.

This new plan will deposit up to 12 percent of a pilot’s earnings into their retirement fund, with no pilot contributions required that would be subject to IRS limitations.

“It reflects the true value of these pilots and sends a clear message that you can have a lifelong career in aviation without the worry of how you’re going to put food on the table or keep the lights on in your house.”

Other significant improvements include 82 to 109 percent increases in override premiums for Check Airmen, 100 percent pay credit for both surface and air deadhead transportation, and a new rostering system that allows more flexibility and transparency for Reserve Pilots.