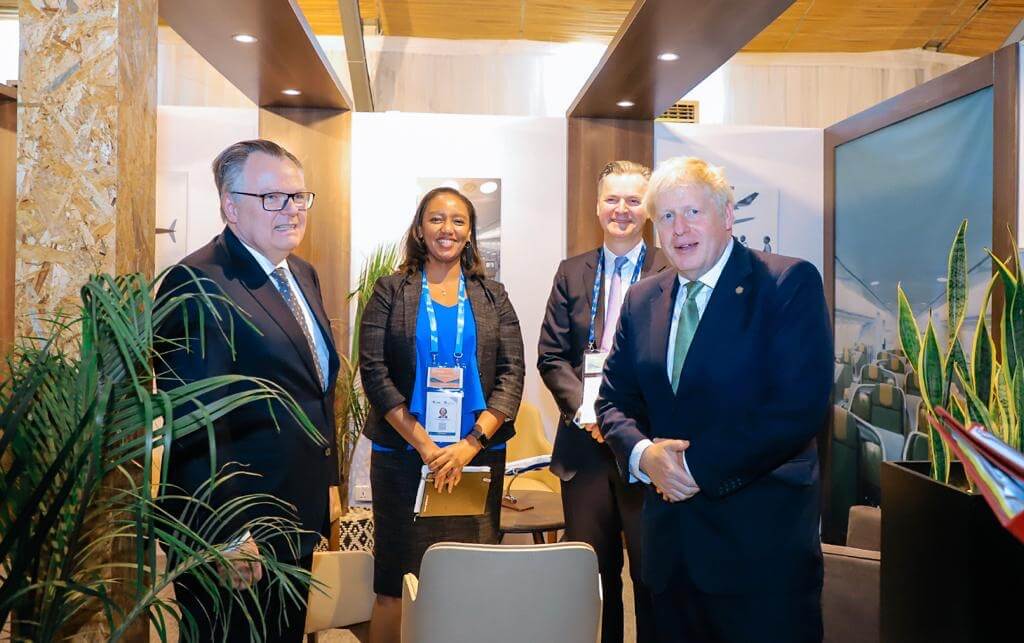 During the summit, British Prime Minister, Boris Johnson, Heathrow CEO, John Holland-Kaye and Executive Vice-President and Head of CDPQ Global and Global Head of Sustainability, Marc-Andre Blanchard met with RwandAir CEO, Yvonne Mokolo, who is set to become the first woman to serve as IATA’s Chair of the Board of Governors from June 2023.

They discussed RwandAir’s service from London Heathrow to the Rwandan capital, the only link between the two countries, which operates from Heathrow’s Terminal 3, three times a week.

The airline has also introduced extra direct services between the two cities, especially for CHOGM.

RwandAir is the Official Airline Carrier for the prestigious Commonwealth Heads of Government Meeting (CHOGM), being held in Kigali for the first time.

With a fleet of twelve aircraft including two wide-body Airbus A330s, the airline currently serves 28 destinations across East, Central, West and Southern Africa, the Middle East, Europe and Asia.