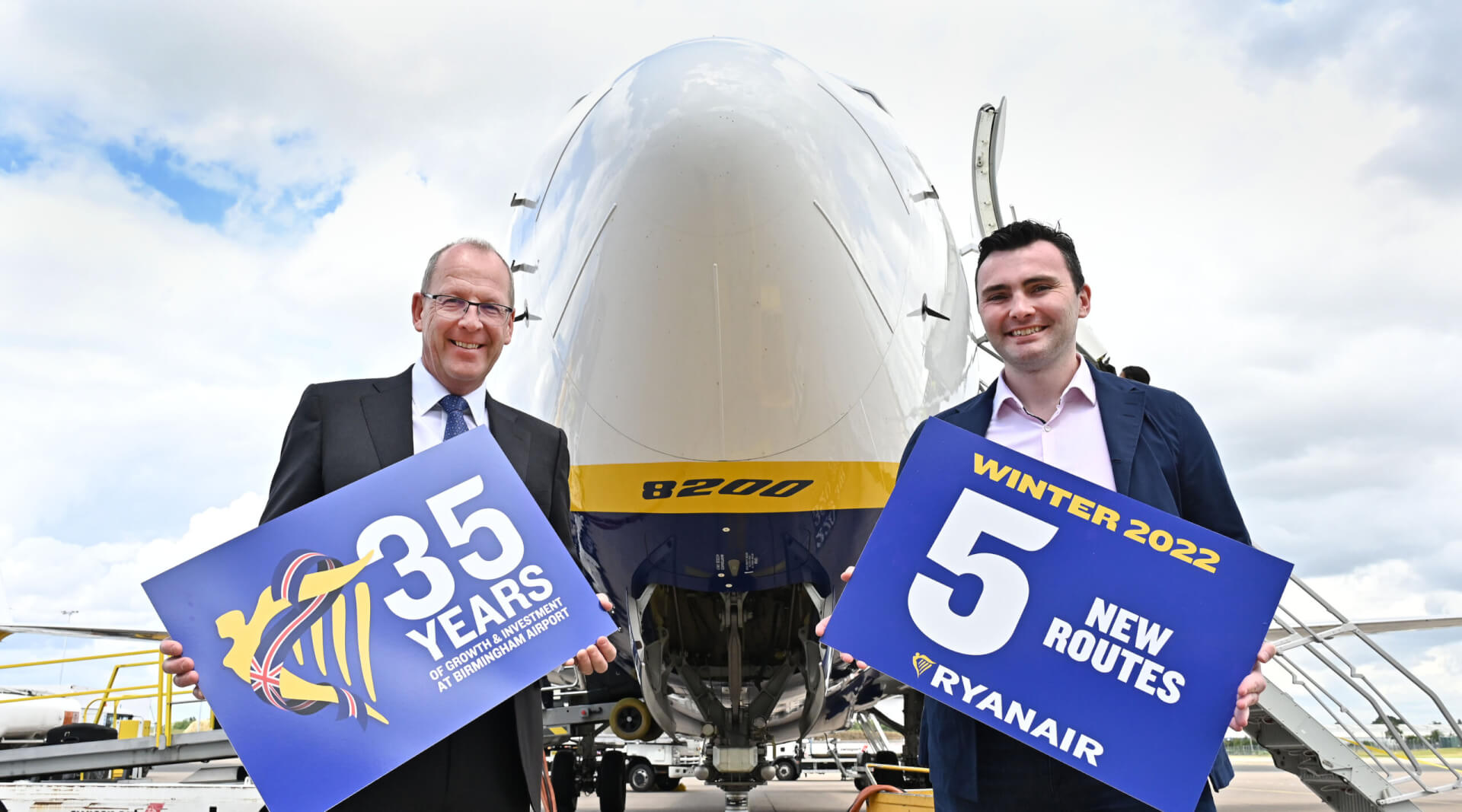 Ryanair today (June 29) announced its biggest ever Birmingham Winter schedule with an additional based aircraft and five new routes to exciting destinations including Billund, Grenoble, Santander, Stockholm, and Toulouse.

Its Birmingham based fleet will increase to five aircraft, two of which will be new Boeing 737 8-200 “Gamechanger” planes, which offer 4% more seats, burn 16% less fuel and create 40% less noise emissions.

The Irish carrier’s investment of more than $500m ($100m per aircraft) at Birmingham will support 150 aviation jobs and more than 1,850 indirect jobs in the local area.

Ryanair’s Birmingham Winter 2022/23 schedule will deliver 34 routes in total and more than 280 flights a week.

Ryanair’s director of route development, Ray Kelliher, said: “We’re delighted to make this $100m further investment in Birmingham largely thanks to the hard work and support of the Airport’s management team.”

Nick Barton, chief executive of Birmingham Airport, added: “We are thrilled Ryanair is adding to its Birmingham based fleet of aircraft as we toast 35 years of its operation here.

“This long-term move will give customers greater choice and boost economic growth in our region.”