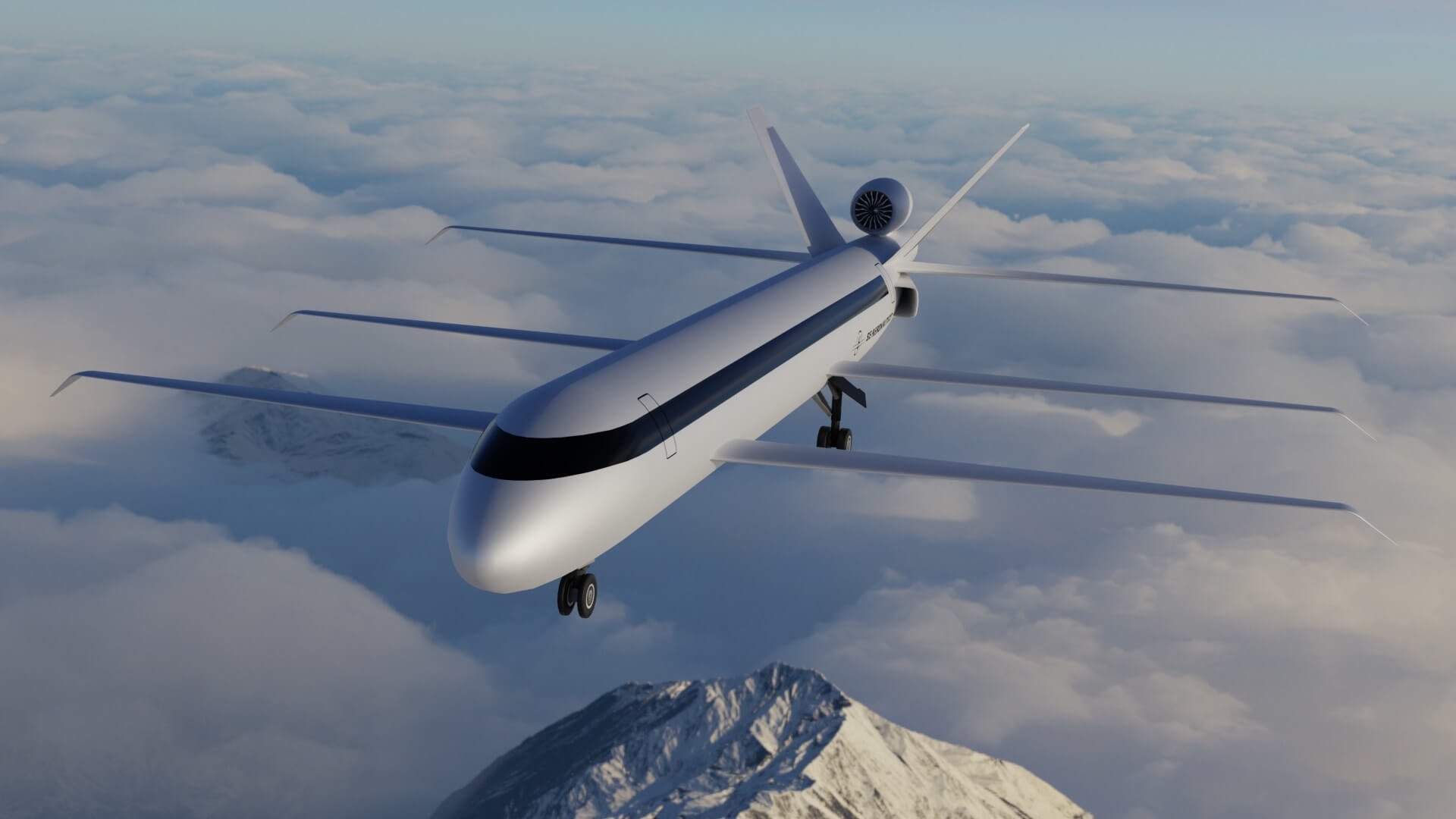 SE Aeronautics today announced the launch of their new widebody airliner concept, a 100% monocoque molded wide-body airliner that is a new generation of aircraft. The company’s technological improvements turn the corner on efficiency, sustainability, safety, comfort and operating cost.

Aircraft manufacturers have been using the same aircraft design for the past 60 years, with few exceptions.

“Our innovative technology and new aircraft design will lower fuel consumption by 70% and lower CO2 emissions by 80% as measured by per seat kilometer. The innovative design is a more efficient, light-tri wing configuration that greatly improves lift over drag, resulting in short take-off and landing (STOL) capabilities and extremely long flights. The construction is all composite, molded in one tough, safer piece. We also incorporated super thin, long wings and complete streamlining from the nose to the tail. We did it all,”  says Lloyd Weaver, Chief Engineer, SE Aeronautics.

This disruptive new design is also expected to double the lifespan of an aircraft, while reducing overall block hour cost by half when compared to other aircraft its size.

With an emphasis on safety, the design is made of one solid-molded piece of fuselage that is many times stronger than existing aircraft. The fuel is not stored in the wings but in self sealing bladders on top of the fuselage and in the event of emergency landing over water, the aircraft floats.

“This aircraft will be the most practical, profitable and permanent solution to the grossly underperforming airliner technology of today. Our manufacturing efficiency will allow us to produce our aircraft in significantly less time than the current traditional method. But the jewel in the crown is really our ability to get that fuel consumption rate down by 70%. We are going to revolutionize the industry,” says Tyler Mathews, CEO, SE Aeronautics.