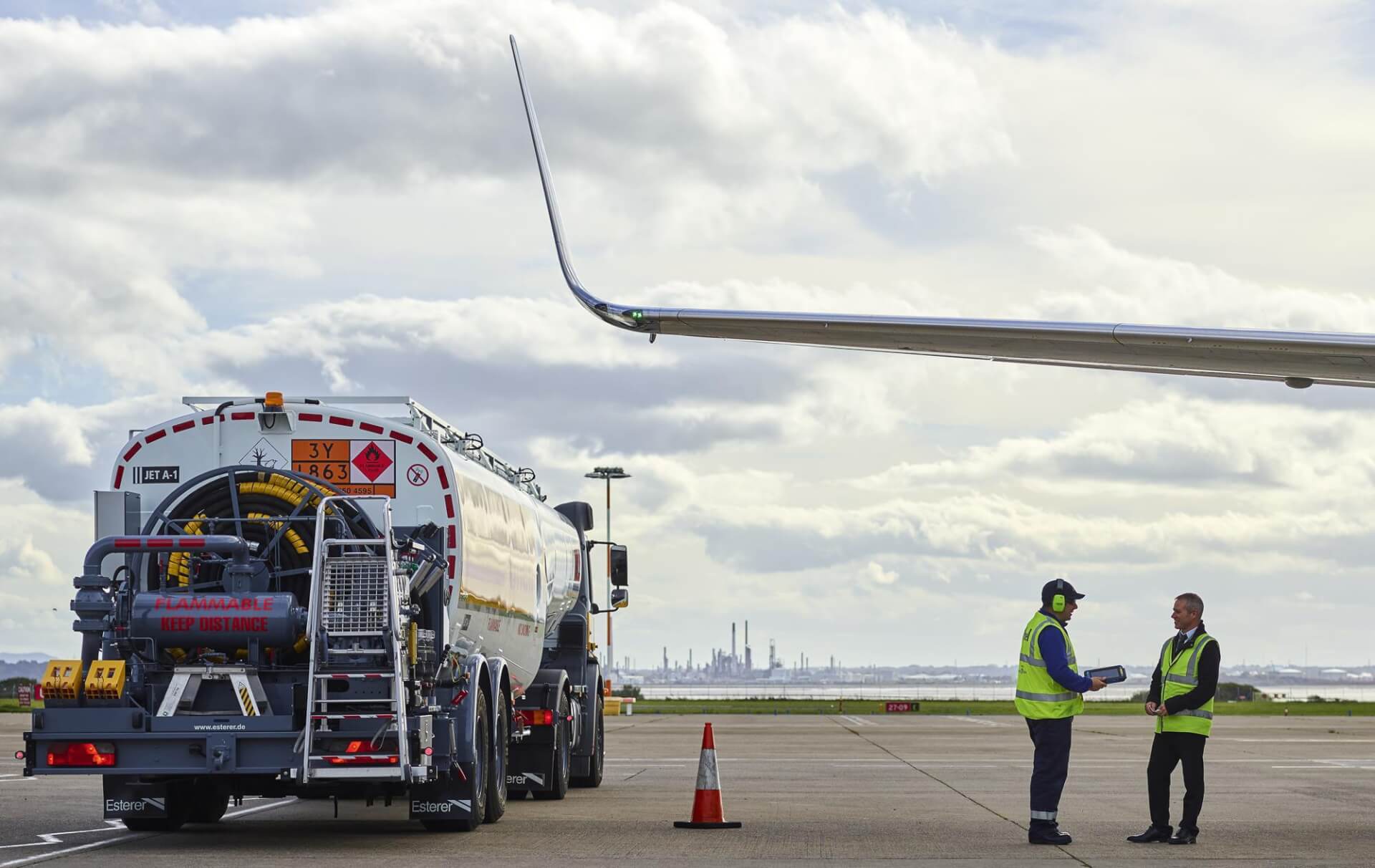 Shell Aviation has introduced end-to-end digital integration with airline customers through Shell SkyPad, its an tablet app that connects pilots and apron operators with cloud-based computer systems. The development marks the next step in Shell Aviation’s ambitions for a fully digitised refuelling operation, harnessing technology to maximise efficiency and accuracy across all aspects of the process.

The new functionality of Shell SkyPad Data Exchange enables compatibility with a wide range of airlines’ own digital platforms, allowing integration with airline systems that adhere to IATA Fuel Data Standards. Alongside this, Shell SkyPad has been enhanced with a new real-time communications tool. This enables instant contact between the apron operator, the pilot and the back offices, allowing them to electronically track, update and exchange fuel figures throughout the refuelling process.

From an airline perspective, Shell understands that the currency of refuelling is seconds. Airlines integrating Shell SkyPad Data Exchange can save up to 13 minutes[1] during the refuelling process, which can minimise delays in turnaround time and associated costs. Shell SkyPad Data Exchange can also deliver fuel savings by optimising refuelling through improved data accuracy by up to 90%[2]. This offers the potential to unlock significant financial savings across an airline’s fleet by avoiding expenditure on unnecessary fuel.

Thomas de Boer, Head of Operations at Shell Aviation states: “With the global aviation industry facing its most significant challenge in history as it starts to recover from the impact of the Covid-19 pandemic, we’re not content with being simply ‘another supplier’. Minimising delays in aircraft turnaround times and errors in data transmission are two aspects that contribute towards profitability. By improving communications between pilots and apron operators, this latest innovation will help to deliver smoother and safer operations for our airline customers, using digital technologies to maximise efficiency and accuracy across the refuelling process.”

Shell SkyPad, developed in collaboration with software applications specialist SAP, is already benefitting many of Shell’s airline customers across its global refuelling network. International operator Lufthansa is the first customer to integrate Shell SkyPad Data Exchange into their systems.

Kai Liedtke, Head of Fuel Purchasing Lufthansa Group, commented: “Shell SkyPad Data Exchange, a solution jointly developed between Shell, SAP and Lufthansa, is another important step into fully digitalizing and automating the apron. The established real-time communication makes the fuelling process significantly safer, faster and more efficient. We strongly believe in the innovative approach of Shell SkyPad Data Exchange and are convinced that this will make a significant difference on the e-fuelling market.”

The real-time communication offered by Shell SkyPad Data Exchange means that aircraft do not need to be on stand as long. From the initial fuel order from the pilot to take-off, the exchange between Shell SkyPad and an airline’s own system means that potential issues during critical moments of the refuelling process can be predicted and averted. The transmission of progress milestones throughout the entire process delivers flexibility, transparence and reliability. The airline knows instantly when fuelling has begun and finished and receives a notification of the final fuel volume right after uplift is completed.  In addition, the pilot does not need to leave the cockpit to speak to the fueller in person.

Having Shell SkyPad technology distributed around the world enables Shell Aviation to instantly connect to airlines’ systems at any of the participating airports based on a single integration. This means Shell Aviation can offer a simple, paperless solution to its customers, which has added safety benefits during this time when social distancing is paramount to contain Covid-19, with no additional admin required per location. In addition, Shell SkyPad is safe to be used anywhere on the apron, anywhere in the world: from the smallest airports to some of the world’s largest, where multiple refuelling trucks and data sources need to be captured.