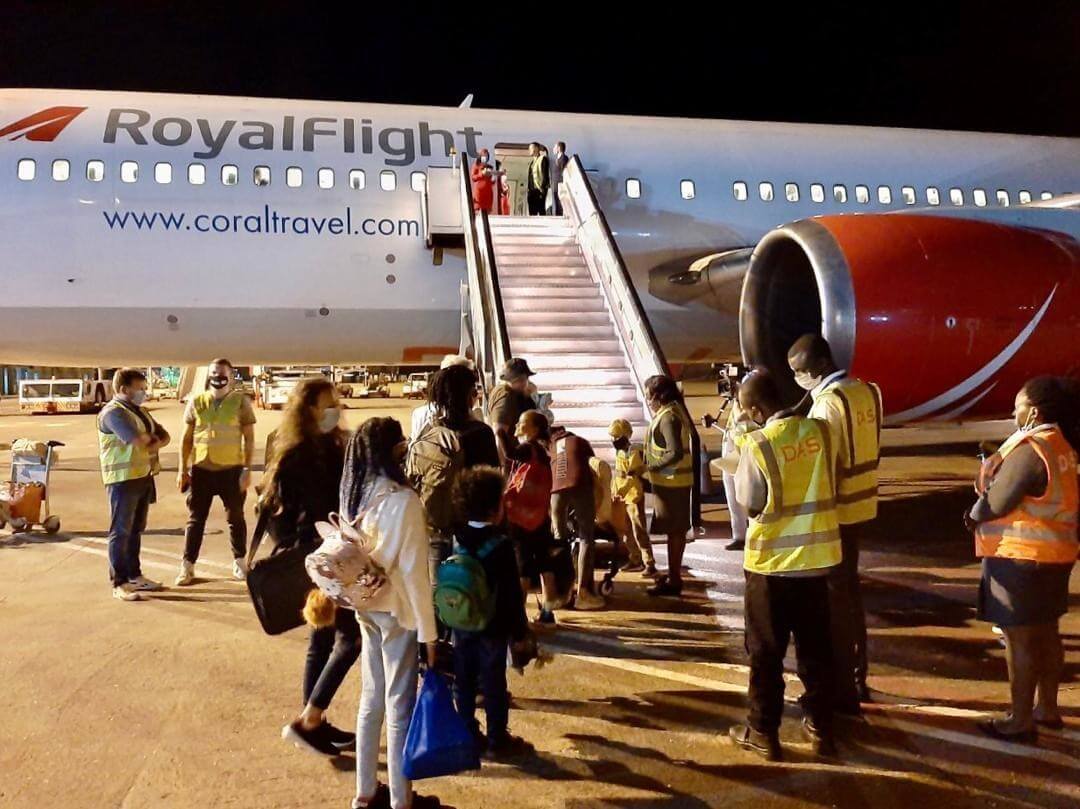 A special Royal Flight Airlines flight landed at Sheremetyevo International Airport from Africa on Monday, July 20, at 02:14 Moscow time with 197 Russian, Ukrainian and Kazakh citizens on board. The passengers returned on flight RL9912 from several African countries in a special mission to bring Russian citizens back home from seven countries – Tanzania, Liberia, Ghana, Cameroon, Uganda, Kenya and Jordan.

The operation was possible thanks to the initiative and assistance of the Russian Foreign Ministry, financial support from the Russian Union of Industrialists and Entrepreneurs (RSPP) and cooperation between Royal Flight and Sheremetyevo Airport.

An augmented crew worked on board during the flight, and employees of the Ministry of Foreign Affairs, the air carrier and other organizations enforced health protocols and carried out comprehensive screening and testing to ensure safety during the evacuation.

The condition of passengers was monitored on board the aircraft by employees of Rospotrebnadzor, the Federal Service for the Oversight of Consumer Protection and Welfare, using portable thermal imaging cameras. Passengers also underwent triple medical screening upon arrival at Sheremetyevo’s Terminal F. In the arrivals area, Rospotrebnadzor experts took the temperatures of arriving passengers using stationary thermal imaging cameras. An additional check of passengers followed in the baggage claim area, with the participation of Sheremetyevo’s medical unit personnel.

Arriving Moscow residents were sent home for 14-day self-isolation, while residents of other regions were placed in observation facilities in Moscow region.

Fedor Sytin, Sheremetyevo’s Acting Deputy Director General for Commercial Activities, said, “Sheremetyevo International Airport is pleased to welcome passengers and crews of Royal Flight, which carried out a flight for our returning compatriots from Africa. The work of the airport in recent months has been closely associated with returning our citizens to their homeland due to the global coronavirus pandemic. This is a task of truly national importance. Ensuring the safety and health of citizens of Russia and other countries, implementing preventive measures with Rospotrebnadzor and health authorities, and servicing passenger and cargo flights as part of the anti-epidemiological measures is the airport’s priority during this period.”