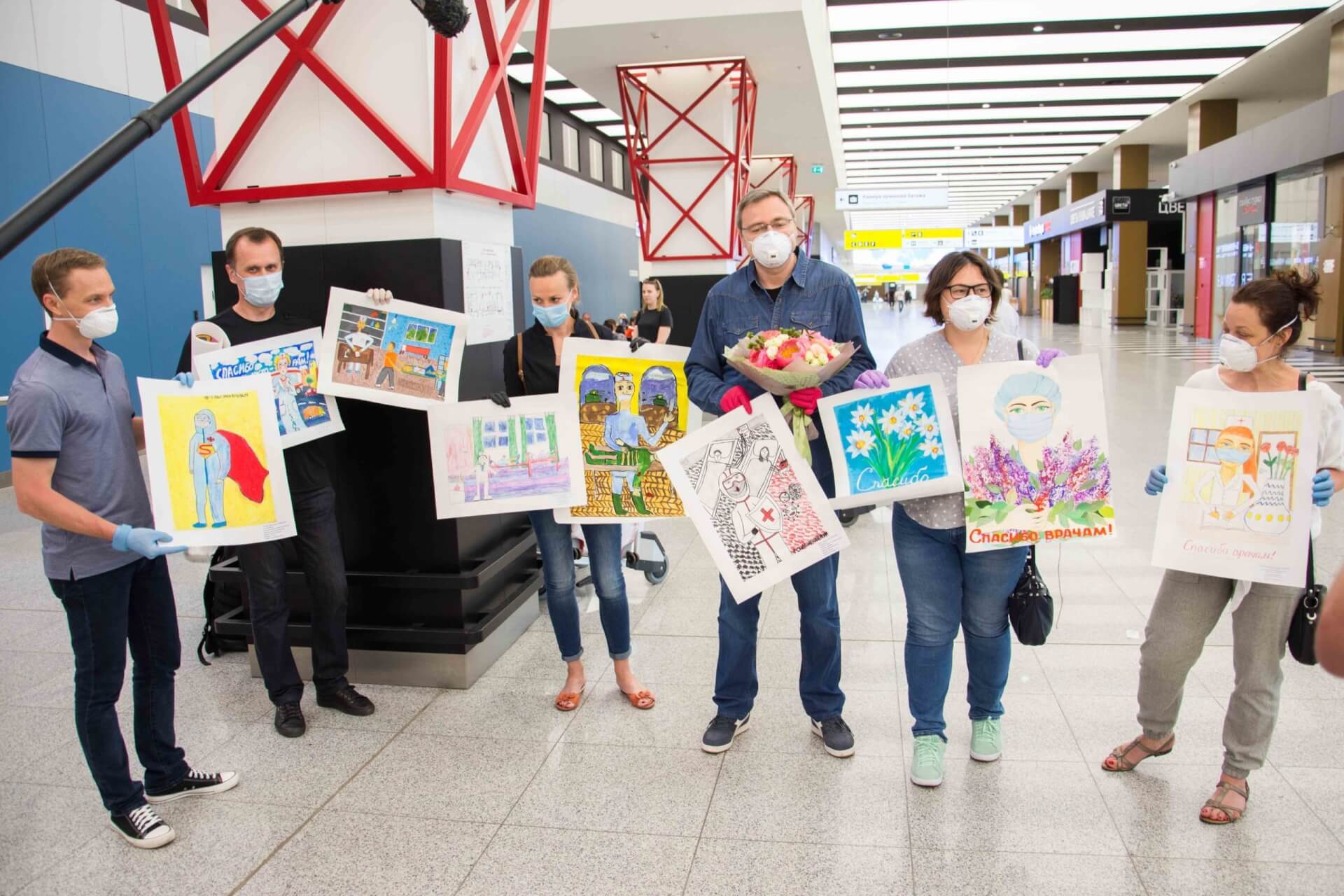 The first two multidisciplinary team of doctors who performed humanitarian work in the Caucasus region landed in Sheremetyevo International Airport on June 11 after a two-week mission to protect residents of the Caucasus from coronavirus infection.

The first mission, which worked in Vladikavkaz, was led by Konstantin Pokrovsky, the Head of the Vorokhobov Surgery Center of the City Clinical Hospital Number 67. The second medical team worked in Magas (Ingushetia). These are the first to return of the four multidisciplinary teams of Moscow doctors that flew from Sheremetyevo Airport to the Republic of North Ossetia-Alania, Ingushetia, Dagestan and the Zabaikalye Territory, regions that need special support in the fight against coronavirus infection. The airport provided operational services to the medical teams, as well as processing and loading of medicines, personal protective equipment and medical equipment.

Capital city metropolitan area doctors worked in the regions for about two weeks, after which there was a rotation of medical personnel. Six medical teams were sent on June 10 to replace the doctors who completed their mission in North Ossetia-Alania, Ingushetia, Zabaikalye Territory, Dagestan, and the cities of Vladimir and Pskov. Each team numbered between five and nine specialists, with a total of about 40 highly qualified medical staff from leading hospitals of the capital.

Air traffic at Sheremetyevo Airport is growing significantly as the epidemiological situation in the regions of Russia improves and life begins to return to normal.  There was an average of 2114 daily completed takeoff and landing operations in Sheremetyevo for the first ten days of May, and 360 for the same period in June.