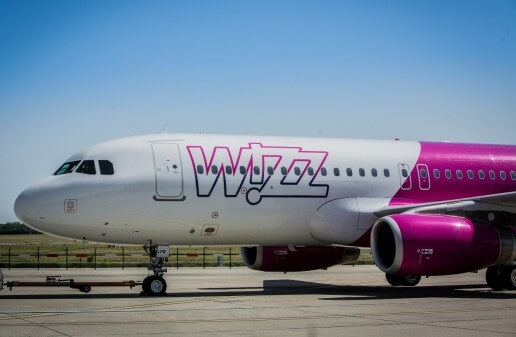 The airline flew 4.18m passengers in December, up more than 50 per cent on this time last year when some parts of its European network were affected by Omicron travel destinations.

The December numbers took the airline’s overall passenger load to 45.6m, representing 86.7 per cent of seating capacity, it said in a statement to markets this morning.

The entire industry has been in recovery mode this year after travel restrictions and Covid-19 fallout all but wiped out international travel for much of 2020 and 2021.

Even 2022 was not without drama as the rapid uptick in travel demand was not matched by staffing and supply, leading to angry scenes at chaotic airports in the UK and across the continent.

The low-cost carrier Wizz announced a host of expansions in December, including new routes linking Italy and Austria with Gulf power Saudi Arabia.

It has also placed new aircraft at bases in Rome, Vienna, Warsaw, Tirana and Belgrade amongst other regional spots.

The carrier was dragged over the coals last month by the UK’s aviation regulator over what it termed “unacceptable” behaviour on customer complaints and refunds.

The airline outranked rivals Easyjet and Ryanair for the number of so-called ‘escalated’ complaints.

“The volume of complaints and claims received… in respect of Wizz Air is far higher than those seen for other airlines,” said Anna Bowles, head of consumer policy & enforcement at the Civil Aviation Authority.

“We have made it clear to Wizz Air that its behaviour is unacceptable and that we expect overdue complaints and claims to be resolved in advance of Christmas,” Bowles added.

Commenting on the results, interactive investor’s head of investment Victoria Scholar said that despite December’s rebound, the carrier’s shares “still have a long way to go.”

Wizz Air’s share price has gone up 2.26 per cent following today’s announcement, but the airline still remains down on early 2021 levels.

A Wizz Air spokesperson apologised for the inconvenience caused, saying the company had dealt with an “unprecedented number of claims” following this summer’s disruption.