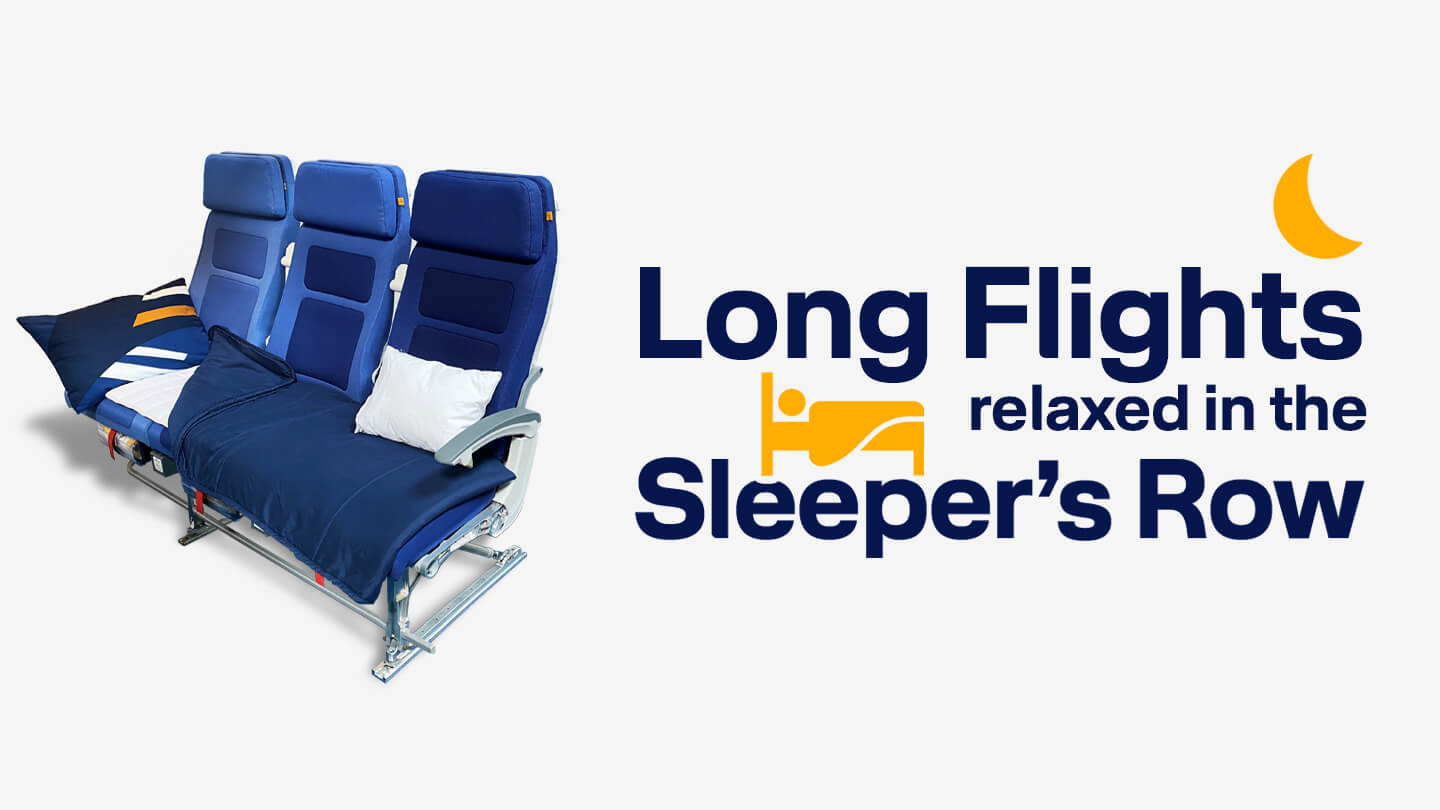 As of 2nd August, Lufthansa guests traveling in Economy Class on select long-haul flights will have the option of booking a Sleeper’s Row at the check-in or at the gate, before their flight.

With this offer passengers will receive an entire row of seats for themselves, consisting of three to four adjacent seats, for the entire duration of the flight.

This offer comes with a comfortable pillow, blanket and mattress topper of Business Class quality, allowing passengers to fully relax while on board before reaching their final destination.

The Safety during the flight is ensured by a special seat belt, which remains fastened even when the passenger is lying down, including separate safety instructions.

Furthermore, passengers who book a Sleeper’s Row can benefit from pre-boarding, allowing them enter the aircraft earlier than other guests.

Lufthansa offers the Sleeper’s Row on long-haul flights of approximately eleven hours or more, for example on routes to the Far East, the United States’ west coast, Central and South America, or southern Africa.

A maximum of three Sleeper’s Rows are offered per flight. Reservations in advance are not possible.

Lufthansa tested the Sleeper’s Row on the route Frankfurt – São Paulo – Frankfurt for several weeks at the end of last year.

The offer received much positive feedback from passengers and was in high demand.