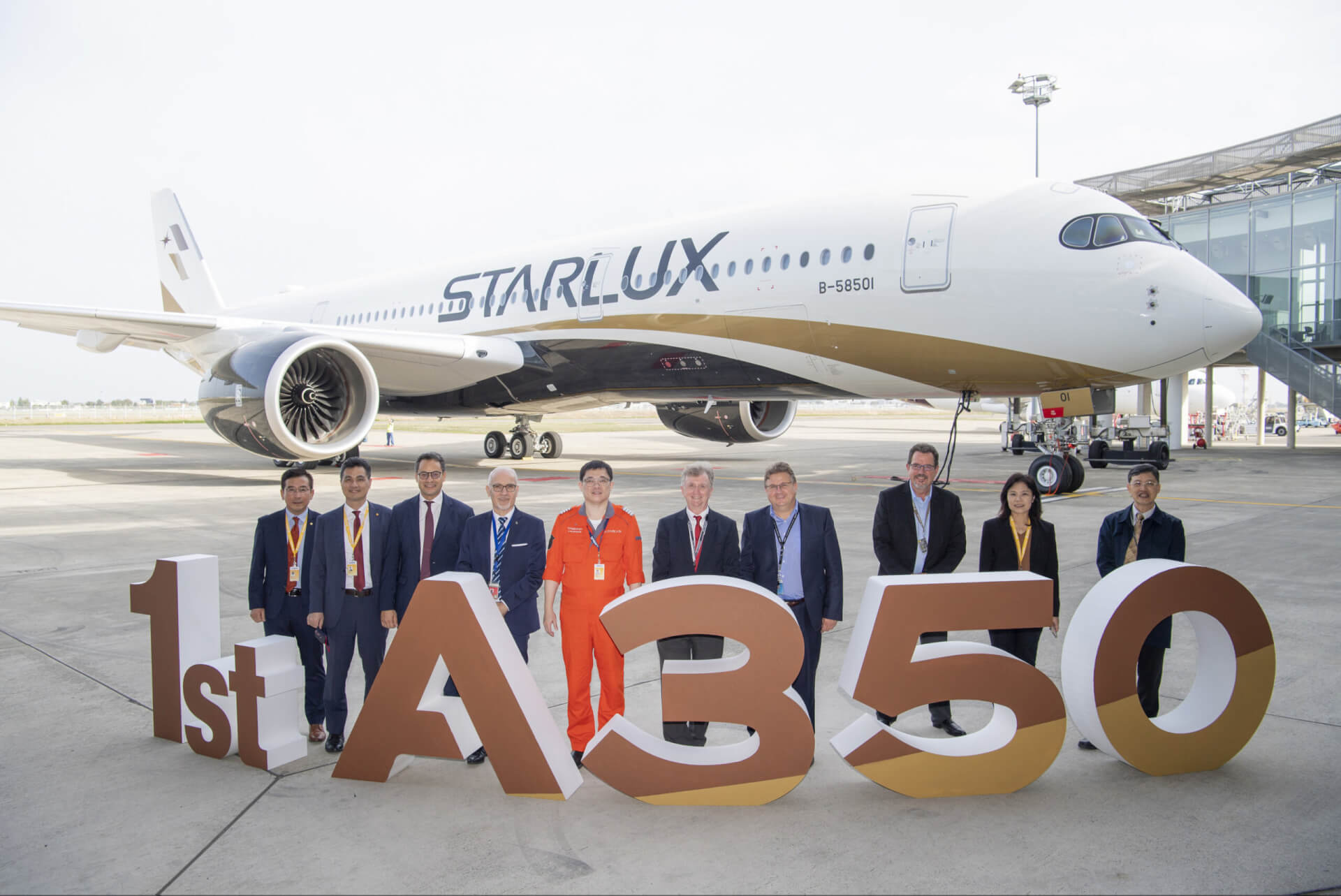 STARLUX Airlines (SJX) took delivery of its first A350-900 today at Airbus Headquarters in Toulouse, France.

The delivery ceremony was led by STARLUX Airlines Chairman K.W. Chang and CEO Glenn Chai, who were both excited to mark the new milestone.

Chang arrived in Toulouse to participate in the delivery process, and to personally fly this new A350-900 back to Taiwan.

The aircraft is expected to arrive at Taiwan Taoyuan International Airport at 15:00 on October 29 local time.

“This delivery is a milestone for STARLUX Airlines,” said STARLUX Chairman.

“The A350-900 is our first large widebody aircraft, which will allow STARLUX to open markets for longer routes, and this also marks the next step in our partnership with Airbus, with 17 more A350s deliveries in the future.

“With the addition of the A350-900, the STARLUX fleet now can cover short, mid, and long range flights, providing service to passengers outside Asia.”

“As the flagship aircraft in this fleet, the A350-900 will carry the airline’s brand on its longest routes as it opens up to new markets.

“We wish the airline every success as it spreads its wings to more destinations across the world.”

Ewen McDonald, Chief Customer Officer, Rolls-Royce Civil Aerospace, said: “We would like to congratulate STARLUX on taking delivery of their first A350 passenger aircraft, which is powered by Rolls-Royce Trent XWB-84 engines.

“This delivery builds on our partnership with STARLUX who earlier this year took delivery of their first A330neo, which is also powered by our Trent 7000 engines.

“We look forward to further supporting STARLUX to maximize their fleet performance and achieve operational excellence.

“We thank STARLUX for their trust in Rolls-Royce, and we will continue our commitment to providing reliable power and world-class service to help STARLUX fly higher and further.”

The delivery of B-58501 is the first of the eighteen A350s STARLUX has ordered and is planned to be put into service in January next year after the approval process and required crew training.

There will be another A350-900 added to the fleet this year.

The A350-900 will initially fly to major cities within the Asia-Pacific region and start operations to Los Angeles in April 2023.