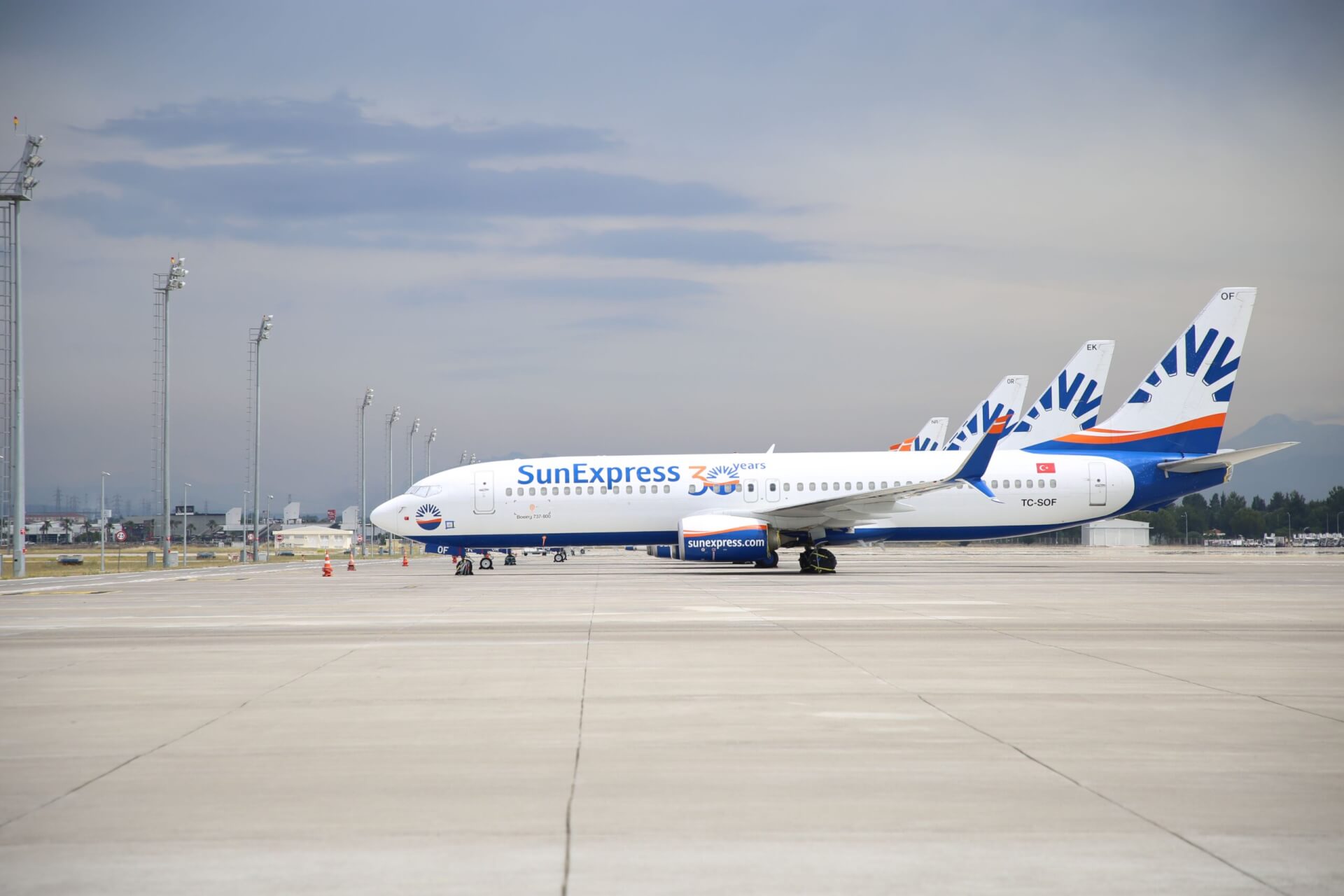 SunExpress is restructuring its business to focus more on the Turkish tourism market. A joint venture between Lufthansa and Turkish Airlines, SunExpress has decided to concentrate its operations on leisure flights to and from Turkey, as well as on domestic Turkish air traffic.

Having made a significant contribution to Turkish tourism and economy by creating an air bridge between Turkey and Europe since its founding in 1989 in Antalya, SunExpress has decided to close down the flight operations of its subsidiary SunExpress Deutschland in Germany and bundle its fleet under SunExpress Air Operator Certificate (AOC) to strengthen its position in its Turkey-based operations. SunExpress offers the highest frequency in connections between Turkey and Germany with scheduled and direct flights; it considers these operations as the most important source market for further strengthening its flight plan to Turkey.

“SunExpress has been one of the largest airlines in holiday and ethnic traffic between Germany and Turkey for more than 30 years. Together with our shareholders Lufthansa and Turkish Airlines, we have decided to focus on our strength in air travel into Turkey as the home carrier for Antalya and Izmir. With a concentrated route network, a consolidated fleet and passion for aviation, we will ensure the airline’s competitiveness and future viability, remaining a strong and reliable partner for travel agencies, tour operators and our direct customers” explained Max Kownatzki, CEO of SunExpress.

“The decision is a strategic move in order to adapt to a changing competitive environment and future market demand forecast. We believe that by concentrating all our power on a rapidly growing and developing country such as Turkey, which has a high tourism potential and a strong aviation industry, we will grow and add value with it” he continued.