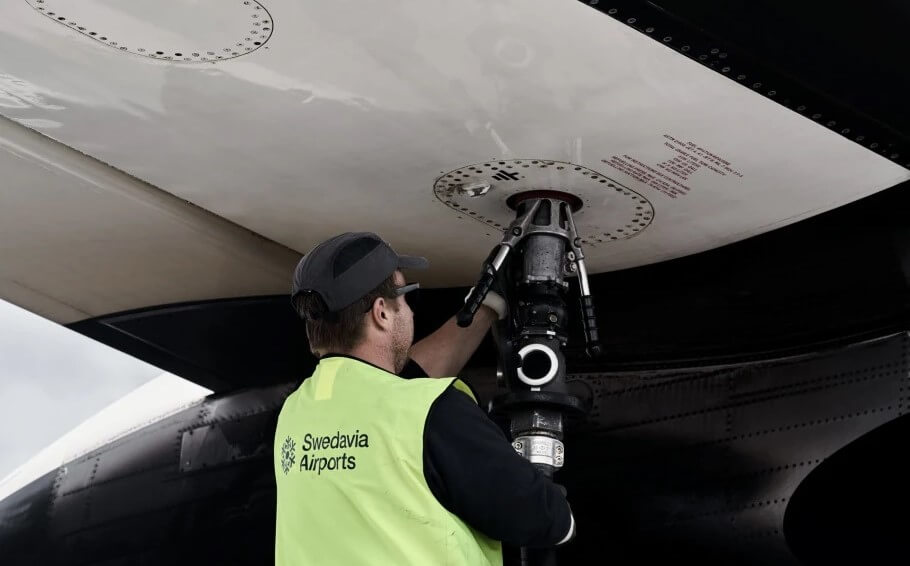 To encourage companies and other organisations operating at Swedavia’s airports to become fossil-free and start refuelling with HVO, fossil-free diesel, on January 1 Swedavia introduced a special HVO 100 incentive at Stockholm Arlanda Airport and Göteborg Landvetter Airport.

The goal is now for all operations at every Swedavia airport to be fossil-free by 2025.

The transition to more climate-smart, fossil-free airports continues. In 2014, Swedavia launched its fossil-free diesel project as part of the company’s green fuel strategy, with the company’s goal being to produce zero fossil carbon dioxide emissions from its own airport operations.

This goal was achieved in 2021, and since then Swedavia has been using fossil-free renewable HVO diesel at all of its airports.

On January 1, Swedavia took the next step in introducing an HVO 100 incentive to all companies and other organisations operating at Swedavia’s airports to encourage them to make the switch to hydrotreated vegetable oil or HVO.

There are already airports that only offer fossil-free diesel to companies and other organisations that operate there – Malmö Airport, Bromma Airport, Umeå Airport, Kiruna Airport, Åre/Östersund Airport, Visby Airport and Luleå Airport. These are airports where Swedavia runs most airport operations, which means the airports do not need to introduce the incentive.

“With the largest transport hubs in Sweden, Swedavia and our airports have a long-term responsibility to switch to climate-friendly net zero solutions.

We are already at the forefront of climate change adaptation and have taken major steps forward over the past few years to ensure that none of our own operations use fossil fuels.

With the new HVO 100 incentive, we want to encourage all of the companies and other organisations that operate at our airports to follow our lead and take the next step towards a future of fossil-free vehicle fleets,” says Lena Wennberg, chief sustainable development officer at Swedavia.

In the first step of the incentive, a price differentiation is made between HVO 100 and diesel, with the price of HVO 100 cut by 50 öre/litre and the price of diesel raised by the same amount.

This price differentiation was put into effect on January 1,2022, and will remain in place until December 31, 2024.

During this period, further price differentiations may be made to encourage companies and other organisations operating at the airport to refuel their vehicles with HVO 100.