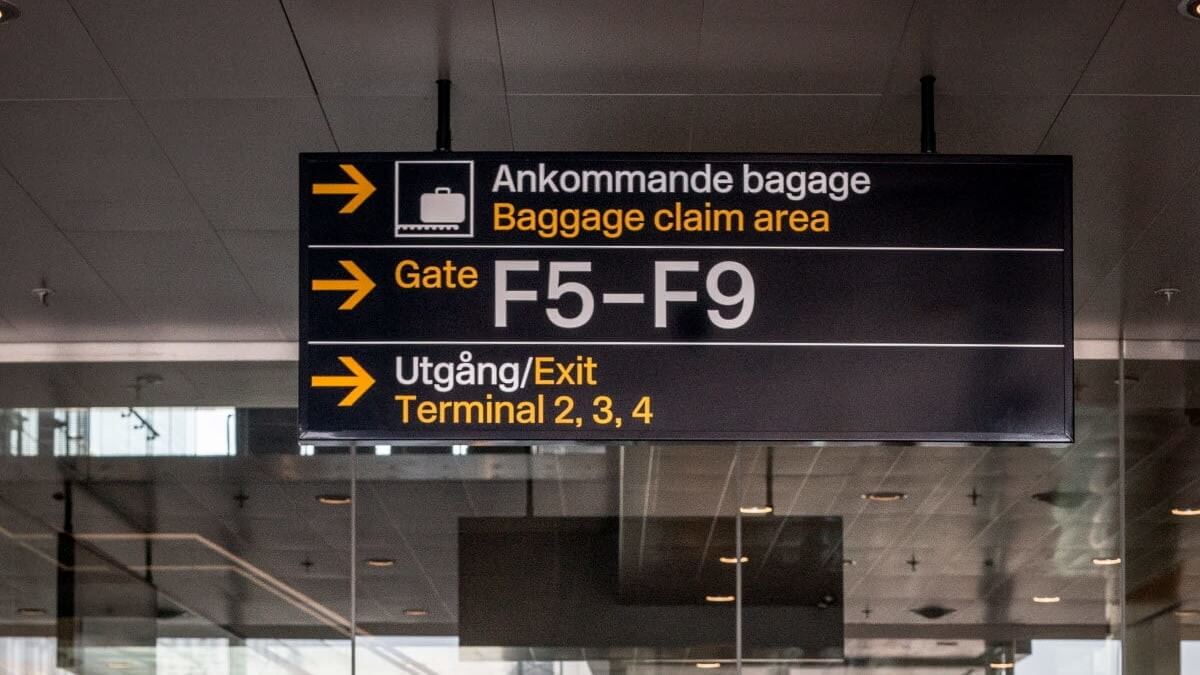 During the third quarter, nearly 4.4 million passengers flew to or from Swedavia’s airports. That is more than double the number compared to the same period last year, when there were 1.8 million passengers, and reflects the implementation of vaccine programmes and the easing of restrictions.

However, passenger volume is still only 40 per cent of pre-pandemic levels.

“The recovery continued in the third quarter, and we are pleased about the investments our airline customers are now making at our airports in general and at Stockholm Arlanda in particular,” says Jonas Abrahamsson, president and CEO of Swedavia.

“The pandemic has had a severe impact on Sweden’s international connectivity, and more non-stop routes from Sweden to the rest of the world are vital as countries open up and economies recover.

“However, we must not forget that we are still far from a normal situation and the passenger levels we saw before the pandemic.

“There is still great uncertainty in the market”.

“Increasing traffic, together with continued good cost control, had a positive effect on Swedavia’s profit during the third quarter,” says Jonas Abrahamsson.

“Now, for the first time since the start of the pandemic, we also had positive cash flow from operating activities, excluding State aid”.

During the quarter, Swedavia continued to work to develop air connectivity within as well as to and from Sweden, in the recovery in air travel now under way.

SAS is resuming service on three long-haul routes from Arlanda to destinations in the US. Finnair is also making a major investment in Sweden, with the establishment of a new base at Arlanda and a number of new long-haul routes to both Asia and the US, which will all have direct service from Arlanda.

The German carrier Eurowings will also set up a base at Arlanda next year and initially serve some twenty destinations across Europe. Ryanair announced a similar move during the spring.

New routes are also being established at other airports. Among others, the recently launched low cost carrier PLAY announced a new route between Gothenburg and Reykjavik, with service starting next spring.

“This is an aviation market that is now being reshaped,” says Jonas Abrahamsson.

“The result will be a new normal situation in the market compared to the years before the pandemic, and many operators are now positioning themselves to be competitive under the new conditions that will prevail”.