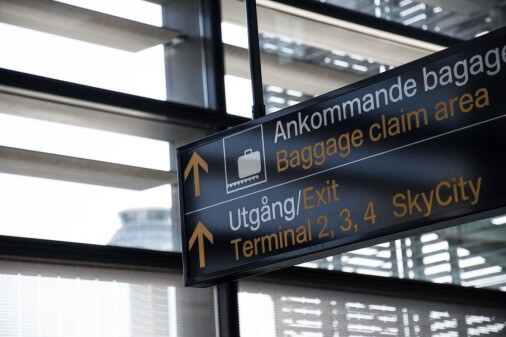 During August, 650,000 passengers flew via Swedavia’s ten airports, a decrease of 83 per cent compared to 3,700,000 passengers during the same month last year. The recovery in air traffic continued compared to the preceding months but slowed somewhat in late August due to decreased leisure travel. The market situation remains strongly affected by the global Covid-19 pandemic.

“Summing up the summer months the cautious recovery in air travel continued in August as countries eased travel restrictions enabling greater connectivity between countries. Although air travel continued to recover in August volumes remain at historically low levels due to of the effects of the coronavirus pandemic,” says Jonas Abrahamsson, Swedavia’s president and CEO.

“As autumn approaches the current industry view is that the aviation market recovery to pre-Covid levels will take several years. Near term the limited aviation market continues to be strongly affected by the pandemic with significantly lower air travel volumes and is expected to remain significantly affected for the rest of the year and as well as next year,” says Jonas Abrahamsson.