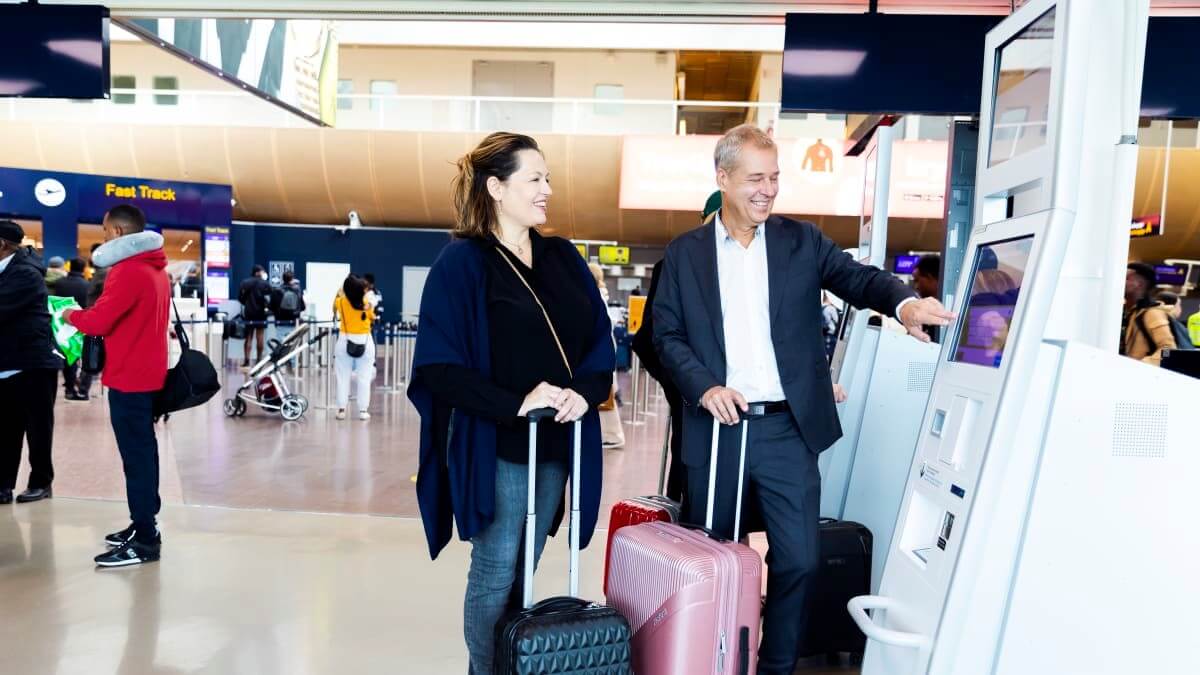 The recovery in aviation continued in August, and for the third straight month the number of passengers at Swedavia’s airports was nearly 2,9 million.

August was dominated by continued seasonal demand for international travel, but also by increased demand for domestic travel in conjunction with the start of school and work.

The queue situation for the security checkpoints at Stockholm Arlanda Airport has further stabilised and is now normal.

Meanwhile, punctuality improved significantly at Arlanda, as the airport continued to top the list of comparable European airports in August.

However, the aviation industry is still dominated by operational challenges in the post-pandemic re-start.

Swedavia’s ten airports had a total of nearly 2.9 million passengers in August, almost 90 per cent more compared to the figure last August, but still 24 per cent below pre-pandemic levels.

“The recovery in aviation continued in August, with high pressure on travel at our airports, especially Arlanda,” says Jonas Abrahamsson, Swedavia’s president and CEO.

“That is true for international travel, which is normal for the season, but also for domestic travel, which accelerated during the second half of August in conjunction with people returning to school and work.

“We can see that the pent-up need to meet again after more than two years of pandemic has not yet subsided.

“That is despite challenges for the aviation industry this past summer along with growing economic concerns, however, which may affect demand for flights going forward.”

“The queue situation at Arlanda has stabilised significantly and is back to normal, thanks to a combination of our measures and our security provider’s continued recruitment efforts,” says Jonas Abrahamsson.

“Punctuality across Europe remains a challenge. However, we note that punctuality at Arlanda improved sharply in August and that Arlanda is still one of the most punctual performers among comparable airports in Europe.”

During the month, the queue time at Arlanda’s security checkpoints was less than 15 minutes for about 90 per cent of all passengers, including for Terminal 5 alone.

The security checkpoints in the other terminals at the airport continued to have normal seasonal wait times.

Meanwhile Swedavia’s security provider, Avarn, continues its recruitment efforts in order to meet the staffing needs this autumn. Another 50 or so employees are expected to start jobs at the airport’s security checkpoints in September.

Punctuality improved significantly at Arlanda in August compared to July.

According to preliminary figures from Eurocontrol, punctuality was about 78 per cent in August, which means that Arlanda topped the punctuality list for big European airports during the month.

That corresponds to an annualised increase of more than 100 per cent for international travel and 60 per cent for domestic travel.

Stockholm Arlanda Airport had 1,928,000 passengers, making August the third straight month in which the airport had nearly 2 million passengers.

International travel continued to rise, with more than 1,653,000 international passengers.

Göteborg Landvetter Airport had a total of 475,000 passengers in August.

Malmö Airport had a total of 128,000 passengers in August, an increase of more than 55 per cent compared to August 2021.

Compared to travel in 2019, Luleå Airport performed best, with the third largest number of domestic passengers during the month, after Arlanda and Bromma.