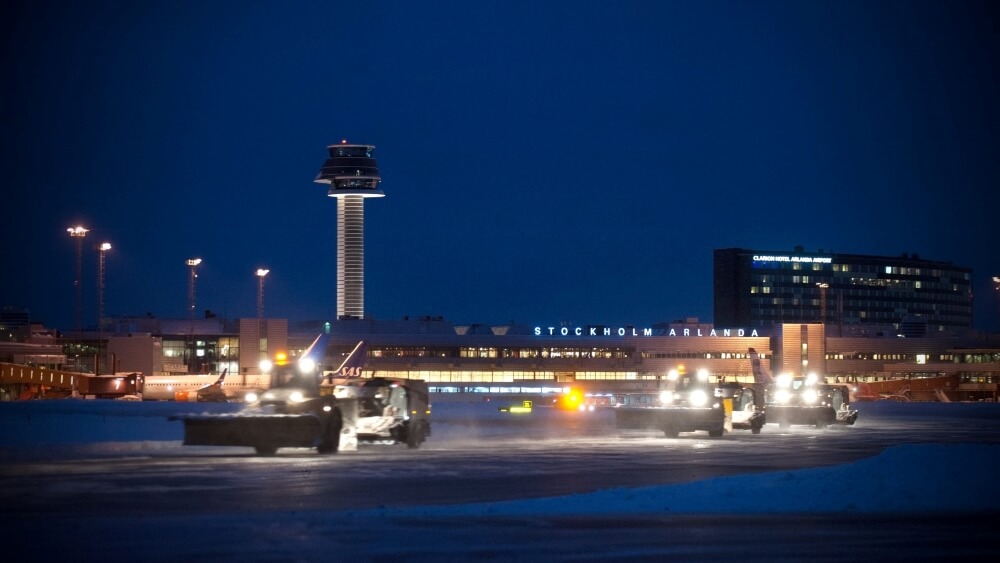 Air travel in 2022 was characterised by a strong recovery in both air travel and Swedish connectivity, with a sharp increase in the number of destinations from Swedavia’s airports.

The year ended on a strong note, especially at Stockholm Arlanda Airport, which in December posted its best passenger numbers for a single month since the start of the pandemic.

Luleå Airport had the best performance for the month, with passenger volumes there exceeding pre-pandemic levels.

The economy, the pandemic situation and other external factors have so far not affected demand to any great extent, but contribute to an uncertain market outlook going forward.

“In many respects, 2022 was an exceptional year for both Swedavia and the aviation industry in general, but it was dominated in particular by the sharp recovery and people’s longing to travel again after the lengthy pandemic,” says Jonas Abrahamsson, Swedavia’s president and CEO.

“In many cases, only air travel can enable people to meet in real life, no matter whether it is to see family and friends or for their work.

“After a weak start to the year, we saw a sharp increase in passengers during the spring and a strong summer. Since then, demand has been strong despite the global situation and the economy.

“Although growth has been strong and we doubled passenger volume within a short period of time during the past year, on the whole we are still greatly affected by the effects of the pandemic.

“When we sum up 2022, we have the equivalent of a ten-year decline in demand and passenger volume.”

A total of nearly 28 million passengers flew via Swedavia’s ten airports in 2022, which corresponds to an increase of over 130 per cent, compared to 12 million passengers in 2021, but that is still about 70 per cent of the levels before the pandemic in 2019.

The passenger trend was mostly driven by strong demand for international flights at Stockholm Arlanda. More than 20 million people flew internationally, mainly to and from European destinations.

In December alone, there were nearly 2.3 million passengers, an increase of over 40 per cent compared to 2021 and nearly 80 per cent of the volume in 2019.

“The passenger trend for the year was characterised not only by pent-up demand but also by the major investments our airline customers have made in the Swedish market in the start-up after the pandemic,” says Jonas Abrahamsson.

“That is the case especially at Arlanda, where we have had a number of airlines set up new operations as well as continued investments in new destinations and routes from both new and existing airline customers.

“This is a sign of strength, and we see that new launches will also continue in the new year.

“Factors such as the economy and the pandemic situation so far have not affected demand to any great extent, but contribute to great uncertainty about the demand for flights in the year ahead.

“However, I remain optimistic about underlying demand in the long term and that during the year Swedavia will continue to enhance connectivity to and from Sweden.”

Swedavia’s airports served 309 destinations in 2022, which means that a large share of the loss of destinations as a result of the pandemic has been recovered, especially at Arlanda.

A number of Swedavia’s regional airports were also able to enhance connectivity during the year. Luleå Airport in particular expanded international connectivity, with three new direct international routes launched in December, including to London and Paris.

New routes in January this year are Valencia with Ryanair, Innsbruck with Eurowings, and Lyon with Norwegian.

Stockholm Arlanda Airport had more than 18 million passengers for the full-year 2022, an increase of nearly 150 per cent compared to 2021 and nearly 75 per cent of its pre-pandemic-volume in 2019.

In December alone, there were 1.5 million passengers, an increase of nearly 50 per cent compared to 2021 and nearly 85 per cent of the passenger volume in 2019.

The top international destinations for the year were Frankfurt and Amsterdam, while London was the top destination during the month of December.

Copenhagen had the strongest growth during the year, followed by London, Munich and Oslo.

With nearly 90,000 passengers in December, the airport had higher volume than before the pandemic in 2019.

Since the start of the pandemic 34 months ago, Swedavia has lost 72 million passengers compared to the 34 months before the pandemic.