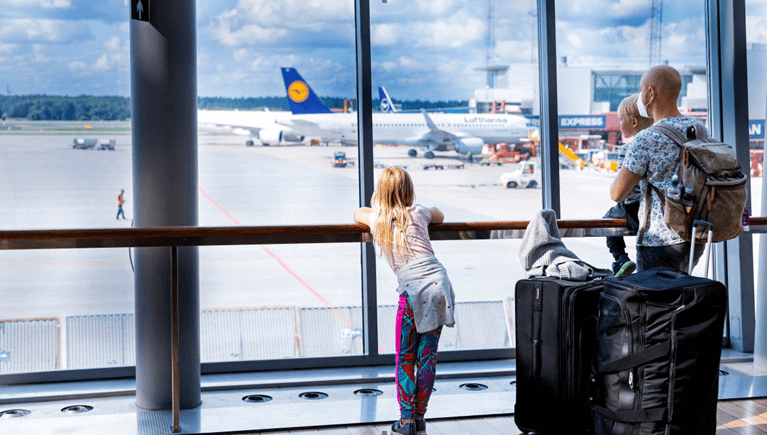 In January, more than 1.1 million passengers flew via Swedavia’s ten airports, a decrease of 61 per cent compared to January 2019.

As expected, the recovery in air travel slowed in January compared to previous months due to the pandemic and seasonally weaker travel during the month. Compared to January 2021, which was also greatly affected by the pandemic, passenger volume increased 224 per cent.

The easing of restrictions in Sweden as of February 9 and in a number of other European countries bodes well for increased travel going forward, especially with the annual winter break and Easter holidays approaching, since there is great pent-up demand for travel.

Meanwhile, airlines continue to invest in the Swedish market and at Stockholm Arlanda Airport.

“During the first month of the year, air travel was greatly impacted by travel restrictions due to the pandemic and the spread of the Omicron variant,” says Jonas Abrahamsson, president and CEO of Swedavia.

“But now that restrictions are being eased across Europe, we anticipate that the recovery will gather new momentum and expect to welcome more passengers at our airports during the winter and Easter breaks and especially this summer.

“We continue to prepare now in order to best handle significantly more passengers during the spring and summer.

“It is gratifying given this situation that a number of our airlines continue to invest further in strong access, with new routes and new traffic at our airports”.

In January, the trend for domestic traffic was also weaker than for international traffic compared to the same month in 2019.

Most international travel was to other destinations in Europe.

Access to countries outside Europe remains greatly limited due to restrictions in these countries.

Of the more than 1.1 million passengers in January, 786,000 were international passengers and 323,000 were domestic passengers.

Compared to January 2021, air travel increased 224 per cent in January, but compared to 2019 there was a total decrease of 61 per cent.

Sweden’s largest airport, Stockholm Arlanda Airport, had 733,000 passengers in January, which is a decrease of 59 per cent compared to January 2019.

Göteborg Landvetter Airport had a total of 174,000 passengers in January, which is a decrease of 61 per cent compared to January 2019.

Compared to January 2021, the increase in passenger volume was 270 per cent.

Bromma Stockholm Airport had a total of 38,000 passengers in January.

Swedavia’s seven other airports all had a much better passenger trend in January compared to January last year, but at levels that fall well below passenger figures in January 2019.

Kiruna Airport, followed by Luleå Airport, showed the strongest recovery during the month compared to January 2019.

Air travel at Swedavia’s ten airports has decreased by a total of more than 60 million passengers since the start of the pandemic 23 months ago.