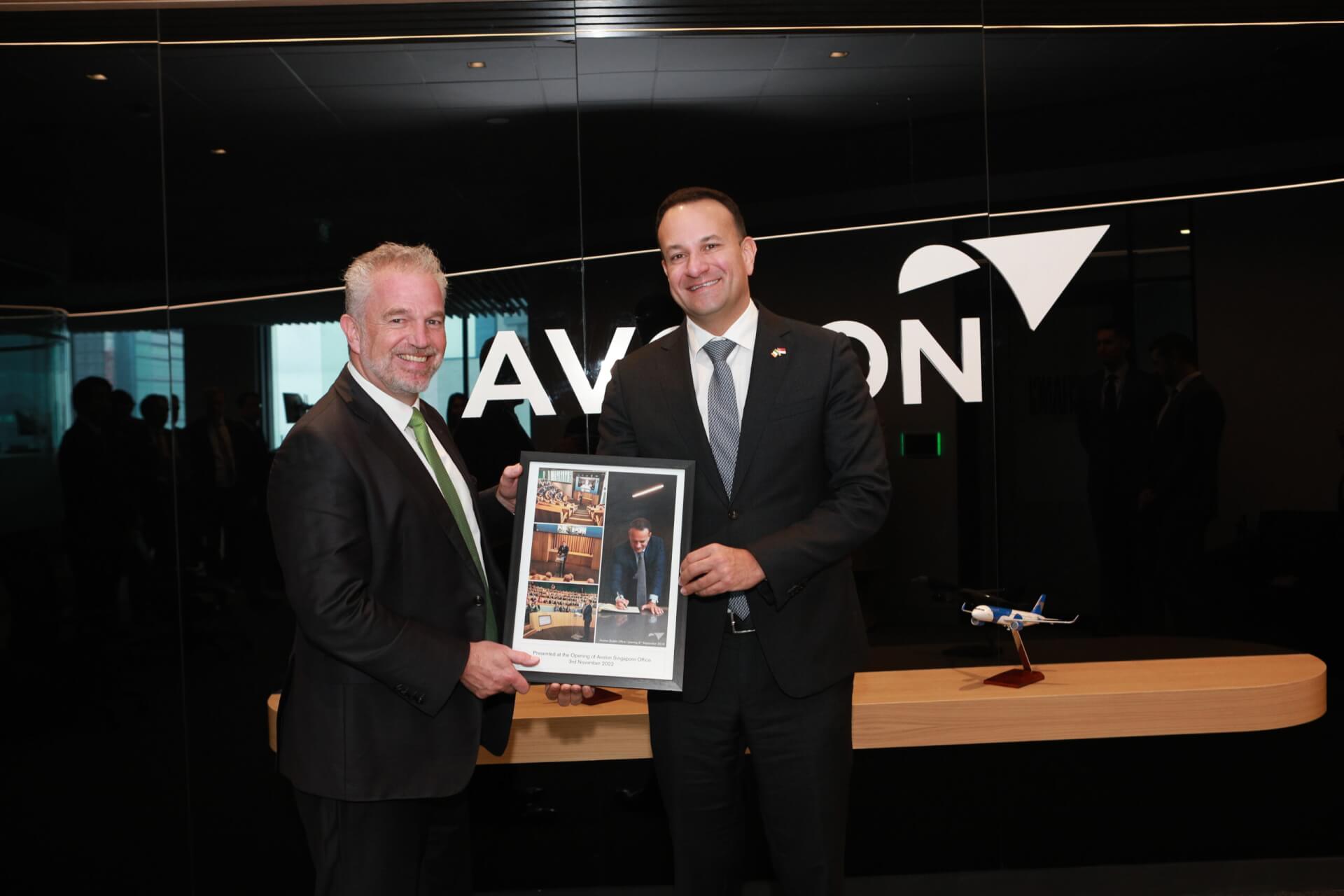 Avolon first opened an office in Singapore in 2012, and it has expanded this into a key hub for the company’s operations in Asia-Pacific, where regionally it has a team of 32 staff located across Singapore, Hong Kong and Shanghai.

It has 65 airline customers in the region, located in 18 countries to whom it currently leases 272 Airbus and Boeing aircraft.

The new office will allow Avolon to better serve its airlines in the region and increase its relevance in Singapore which is a growing centre of excellence for aviation finance.

The opening today was accompanied by a brief ceremony and meeting together with the local team.

It followed on from Mr Varadkar’s successful opening of Avolon’s Dublin Office in September 2018. The Tánaiste visited the Avolon office as part of a wider trade mission to Singapore organised by Enterprise Ireland.

Tánaiste Leo Varadkar commented: “It is great to join the Avolon team in Singapore for the opening of their new offices.

“The company’s expansion from a start-up in 2010 to one of the leaders in its industry is a great Irish success story.

“Ireland has developed into a centre of aviation finance excellence and it is exciting to see how Avolon’s global expansion is developing.”

Simon Hanson, Chairman, Asia Pacific & Middle East, Avolon commented: “We are honoured to welcome the Tánaiste to the opening of our new Singapore office.

“With borders reopened across Asia post pandemic there has been a resurgence in air travel that has led to rapid recovery in demand for our aircraft.

“We appreciate the continued support of Ireland’s Ambassador to Singapore Sarah McGrath and her team’s proactive engagement with Irish businesses with operations here.”