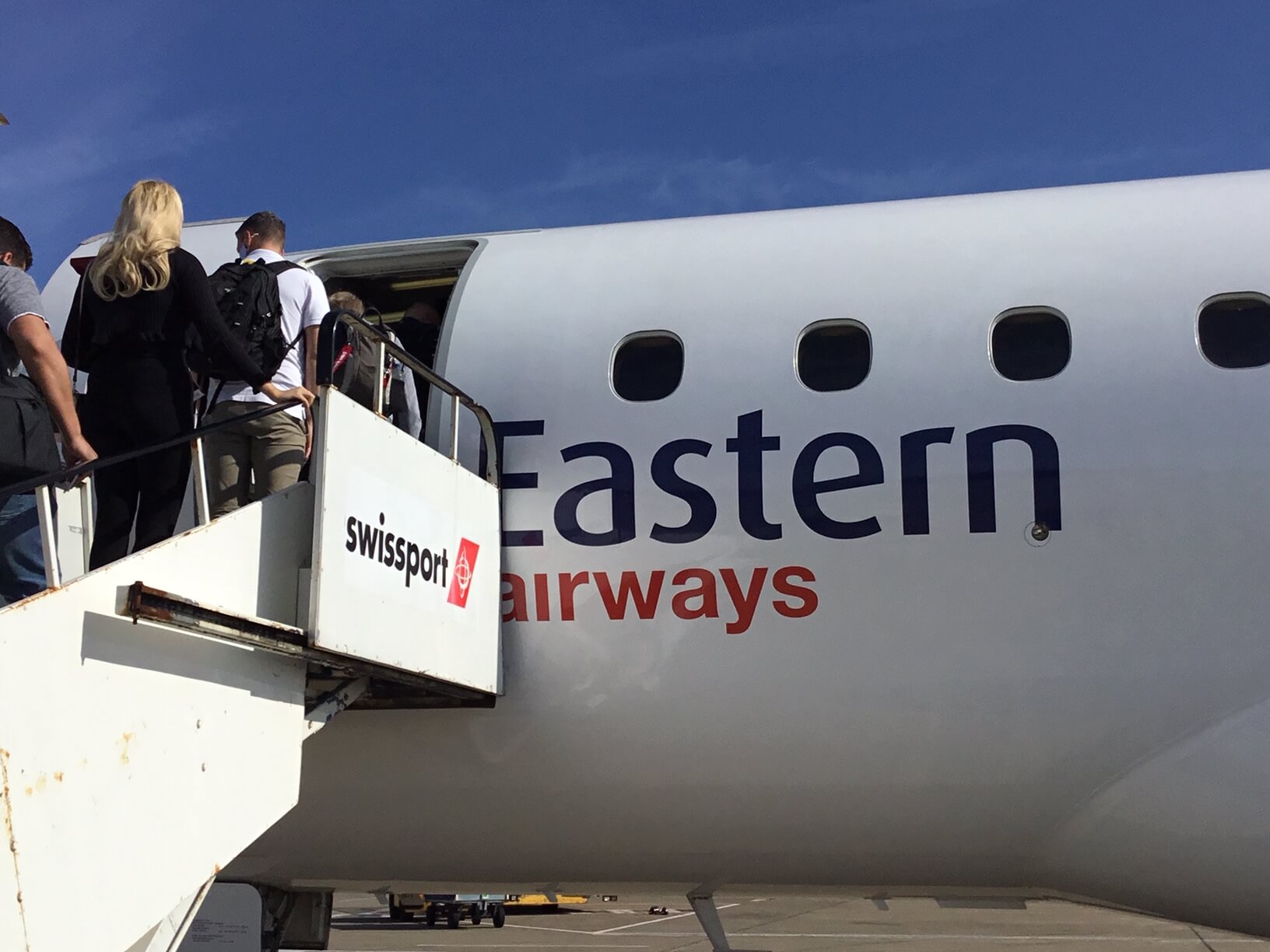 After more than a decade since the last scheduled passenger service departed to London Heathrow, Teesside International Airport has regained its link to one of the world’s busiest airports as Eastern Airways’ new service takes to the skies today (Monday 14 September).

The UK’s regional airline in becoming the only regional to operate into Heathrow has reconnected Teesside, operating its first ever scheduled flights in its own name and brand from the London hub, initially with a daily service opening up Teesside to the world through the capital’s airport, offering a significant wide-ranging choice of onward connections to destinations across the globe.

Businesses and leisure travellers in Teesside, the north east and north Yorkshire, will have improved access to the capital and greater connectivity through Heathrow’s network, assisting the region’s economic recovery following the effects of the coronavirus pandemic.

A 76 seat E-Jet Embraer 170 aircraft operates the service, and both Eastern Airways and Teesside Airport are continuing discussions with other airlines to make connections for onward travel via Heathrow even easier. 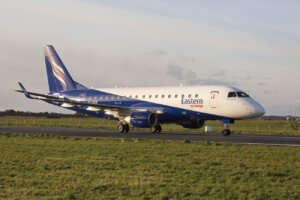 Roger Hage, General Manager Commercial & Operations for Eastern Airways, said: “As the UK’s regional airline, we at Eastern Airways are all about connecting people and places, which by providing a rare new domestic service into London Heathrow adds a wide array of onward destinations for business and leisure needs, vital for the economic recovery and prosperity of the Teesside region as a whole. It also makes for a quick and comfortable option for all to reach the capital or Teesside and adds to our growing network of services supporting the region. We also become the only UK regional airline operating into the capital’s hub in our own name.”

Tees Valley Mayor, Ben Houchen said: “In just 18 months we’ve gone from our airport facing the prospect of imminent closure, before I did the deal to save it, to an ever-expanding list of destinations and the first plane departing to Heathrow in over a decade.

“This amazing new route gives holidaymakers from Teesside, Darlington and Hartlepool access to more than 180 destinations across the world and will play an important role in my plan for jobs for local workers as we recover from the effects of the coronavirus pandemic.

“Linking Teesside to Heathrow, one of the world’s best airports, will mean our amazing companies are not only able to do business in London but can capitalise on our global aspirations with onward flights to scores of worldwide destinations. We will also be able to welcome more investors from around the world through our terminal, investors who will create the good-quality well paid jobs we want to see come to Teesside, Darlington and Hartlepool.”

Aviation Minister Robert Courts said: “Re-establishing the route between Teesside International and Heathrow is not only a positive sign that the aviation sector is getting back up and running despite Coronavirus, but also that levelling up the UK is central to Government’s plans and is powering ahead.

Heathrow CEO John Holland-Kaye said: “Today’s first flight is the start of an exciting new partnership between Teesside International, Eastern Airways and Heathrow Airport, after an absence of over a decade. The Tees Valley region now has the world at their doorstop, and this sort of connectivity will facilitate the economic recovery and future growth for people and businesses across the region.

“The importance and value of hub connectivity to the UK’s regions is critical to the Government’s levelling up agenda. If regions cannot connect to global trade, productivity and skills they will instead experience higher unemployment skills shortages and an investment decline.”

Fares on the new route currently start from £54.99 one way, including taxes and charges and are bookable at www.easternairways.com, with all fares including 15kg of complimentary hold baggage as part of the high quality offering. Passengers purchasing our Flex fare will have access to the Lufthansa Senator and Business Lounge at Heathrow among its other connection facilities.

This new route, which is a further expansion of the airline’s developing network from Teesside, comes just a week after Eastern Airways’ first Teesside flights to Southampton resumed following the Covid-19 pandemic lockdown, with Aberdeen already increased to twice daily and Belfast City following in a matter of weeks.

Eastern Airways’ services continue to be carefully reintroduced since Covid-19 restrictions were easing with extensive cleaning measures on-board and throughout all aspects of the airport for the safety of all passengers. A full anti-bacterial wipe down of all touch points between every service operated and also a comprehensive aircraft night-stop sanitisation is implemented.

The independent UK-based operator was formed in 1997 and had returned quickly in March to its own standalone identity including booking facilities after its former franchise partner, Flybe, went into administration.