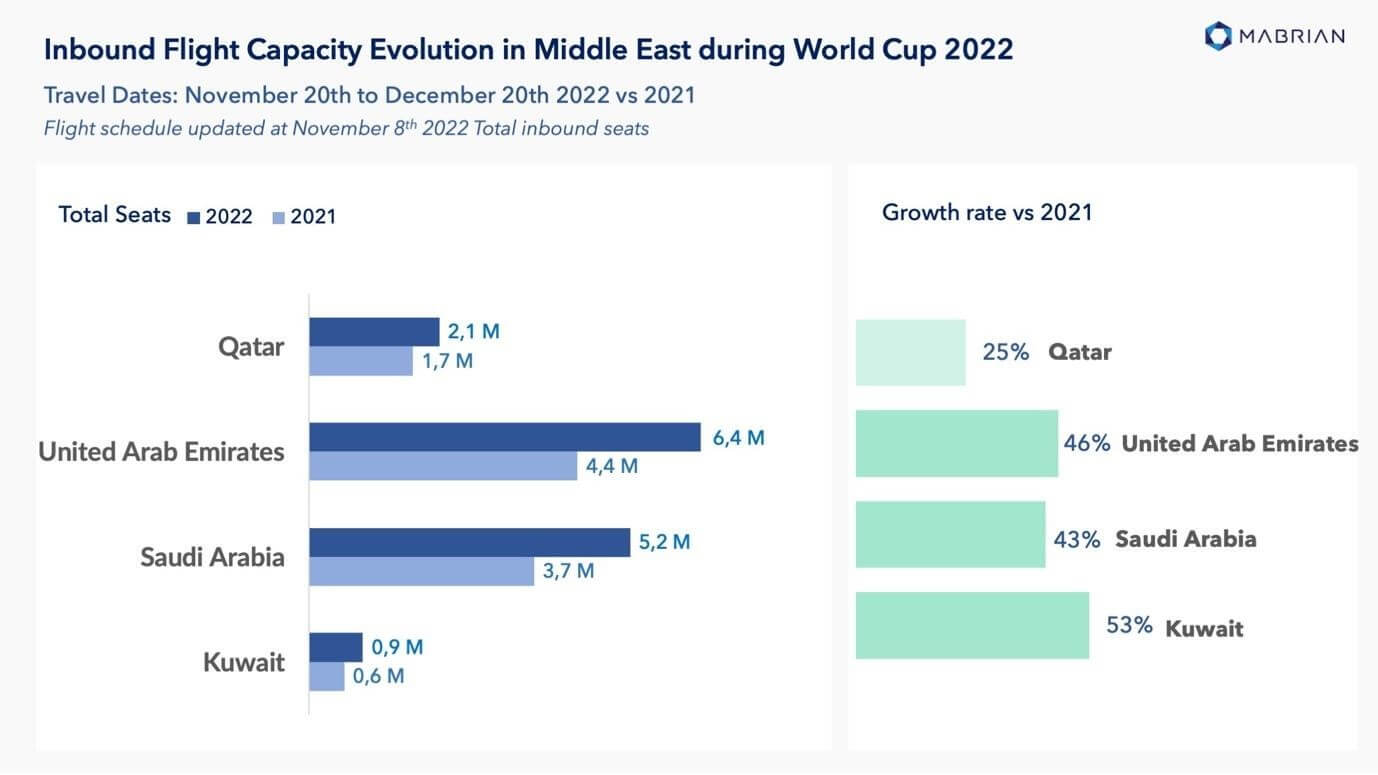 Mabrian Technologies, the leading Travel Intelligence provider, has conducted a study about the impact of the FIFA World Cup on air connectivity in Qatar. It was expected that the number of inbound flights for Qatar’s airports would increase as football fans attended the event. Nevertheless, the study reveals that Qatar’s surrounding countries are seeing an even bigger effect.

According to the inbound flight schedules as of November 8th, the number of inbound flight seats for Qatar will increase by 25% during the World Cup celebration. This means 400,000 extra inbound seats during this period, compared to last year. 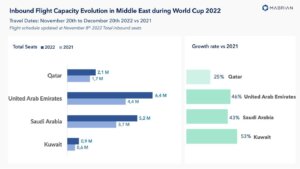 However, the impact on air connectivity will be relatively much bigger for other countries in the Middle East. Kuwait will see its flight capacity increase by 53%, meanwhile, the United Arab Emirates and Saudi Arabia will increase 46% and 43% respectively during this period.

As a result of this, 14.6 million inbound air seats are scheduled to this region during the event period. 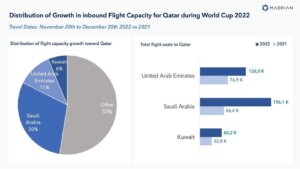 Another effect of the tournament that stands out in this analysis, is the effect on internal air communication in the Middle East region. The mobility among Qatar and its neighbouring countries will increase substantially during this period. In fact, 47% of the new inbound seats for Qatar for the period are from Saudi Arabia (30%), United Arab Emirates (11%) and Kuwait (6%). In total making 188,000 extra seats for regional air connectivity in the Middle East.

The FIFA World Cups is meant to be an inflection point for Qatar’s tourism and its effects will be for all of the Middle East region, making it better known and better connected.