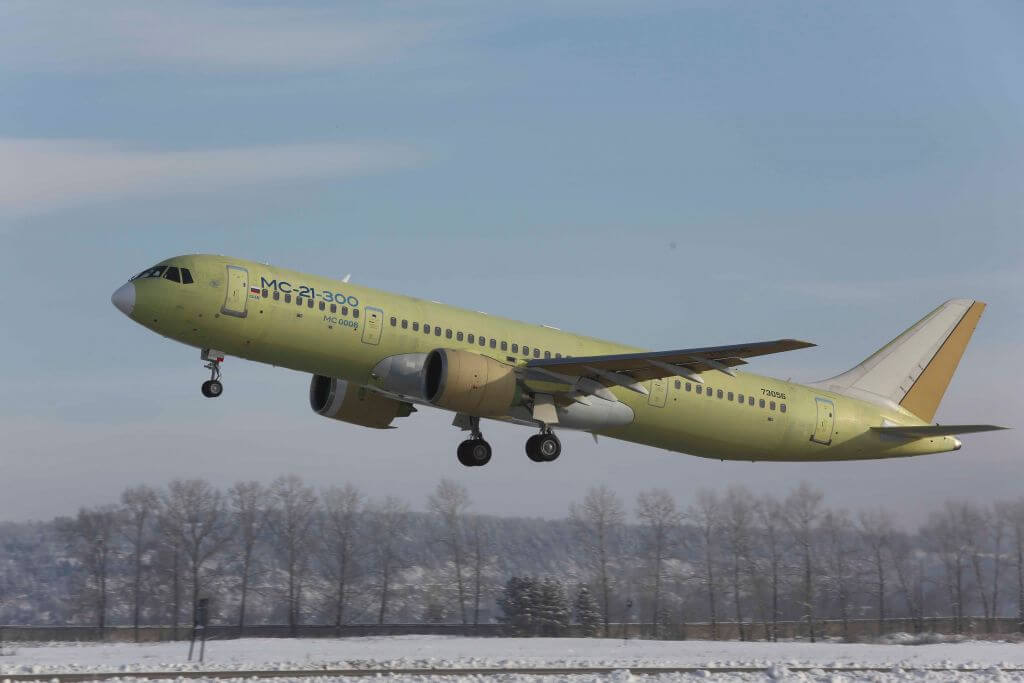 On December 25, 2019, the maiden flight of the fourth MC-21-300 flight test aircraft took place at the airfield of Irkutsk Aviation Plant, the affiliate of Irkut Corporation (a UAC member).

The plane was piloted by the crew of Roman Taskaev and Oleg Mutovin test pilots. According to the crew report, the task was performed completely, the flight was in ‘normal mode’.

The testing results of the first three tests MC-21-300 were taken into account in the production of a new aircraft.