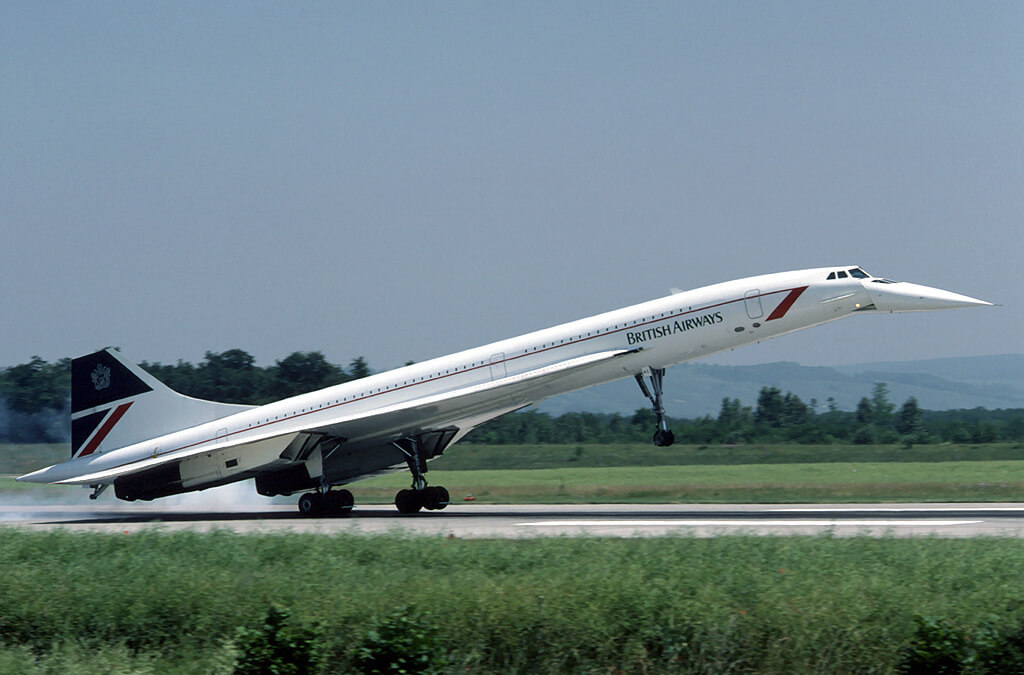 Today in Aviation, the US Supreme Court paved the way for immediate trial flights of the Concorde airliner to Kennedy International Airport (JFK). The first fight, without passengers, would be made two days later.

The Supreme Court ruling was the end of the road of “a long and bitter struggle” between the operators of the Concorde, who argued that New York operations were needed to make the expensive plane profitable, and the airport operators, community groups of the Kennedy area and their political representatives. The crux of the struggle: noise pollution.

Opponents argued that the supersonic transport (SST) was the world’s noisiest plane and that it would be an inadmissible reversal of the steady trend towards stricter noise standards and quieter airport areas to allow it into New York. Proponents contended that the supersonic jet would have only a marginal effect on airport noise, with federal research and experiments to back them up.

Additionally, the proponents’ main point had always been that the aircraft would comply with noise requirements that had already been in place at JFK for 20 years. All that was needed was for the Concorde to prove it.

The Ban on the Concorde

The Port Authority of New York and New Jersey banned the type from landing at JFK on March 11, 1976. The authorities, however, were not the only group who opposed the SST landing at JFK. Protests started earlier that year when a drive-in of 2,000 cars stopped traffic near the airport.

Air France (AF) and British Airways (BA) found the ban discriminatory and detrimental to Concorde’s operations, as stated in a lawsuit dating June 14, 1977.

The High Court ruled in a procedural decision to reject a request by the Port Authority that it keep the SST ban in effect until a final Supreme Court decision could be made on the overall merits of the Concorde case. On October 17, 1977, The Supreme Court lifted the temporary ban.

The Supreme Court ruling was based on the argument that the Port Authority was “dragging its feet” with an indefinite ban based on no clear noise requirements, and that a significant technical innovation was “in imminent danger of being studied into obsolescence.”

As a result, the appeals judges amended the district court decision to reaffirm the power of the Port Authority to issue a new regulation, as long as it met the requirement of non-discrimination.

According to The New York Times (1977), a major problem in creating such a rule was that a noise level that would keep the Concorde out of JFK could also keep out a significant portion of the then existing subsonic jet fleet. Needless to say, that would have had a devastating economic impact on the airport and the airlines using it.

Although the Concorde had a cruising speed of 1,350 mph that halved the trans-Atlantic flight time to three and a half hours, sonic booms would not affect populated communities. By rule, the speed of the aircraft was to be reduced to subsonic levels (to about 600 mph) well before the plane reached the coast.

On an interesting note, President Kennedy had planned to announce the launch of America’s own SST program on June 5, 1963, in a speech to the graduating class at the US Air Force Academy. As planning for the Concorde began much earlier, in 1954, JFK viewed the European SST as a threat to American leadership.

Two days after the Supreme Court allowed the supersonic jet to land in New York, Concorde took off from Toulouse (TLS) on its maiden flight to JFK, where the final assembly of the jet was completed by Aerospatiale engineers.

The French-registered Concorde F-WTSB landed at JFK on October 19, 1977, and was received by journalists, mixed-mood spectators, and Port Authority officials who set out to quantify the noise pollution generated from the type.

Concorde passed the noise level tests; if it were louder than 112 perceived noise decibels, it would be barred from the airport.

Air France operated the “White Bird” on daily flights between Paris – Charles De Gaulle and JFK. The Paris flight departed at 10:30 am local time, arriving in New York at 8:25 am local time. The airline also operated the Concorde to Caracas (CCS), during the Venezuelan oil boom, and to Mexico City via Washington and to Rio de Janeiro.

According to thepointsguy.com, BA operated Concorde on flights BA 001 and BA 002 to/from JFK, departing LHR at 10:30 am, arriving at 9:30 am local time in New York.