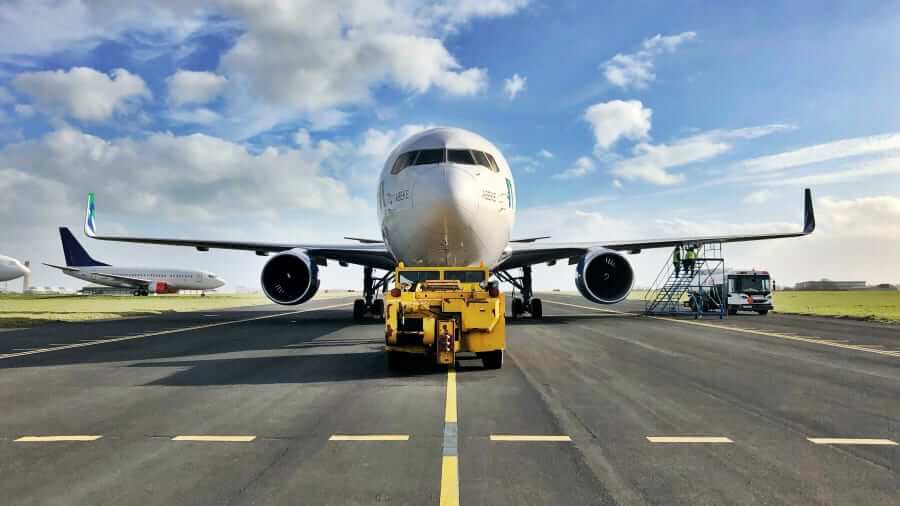 The team at Jet Test and Transport runs a global airline — but the planes fly on a one-way trip without passengers or cargo.

They are experts in ferry flights, moving empty aircraft around the world.

In the age of Covid-19, with airlines parking and shedding jets, co-founder Steve Giordano and his pilot partners are some of the busiest guys in the sky.

About half of the world’s fleet of more than 20,000 commercial aircraft are leased to airlines. At the end of a multi-year lease, an airline may decide to re-up or return the plane to the lessor.

That is where Jet Test and Transport comes in.

Aircraft leasing has been booming business. Unlike a commercial real estate developer’s building, or space rented in a mall or office building, if business goes sour, the aircraft can be reclaimed and sent to another operator. It is, by definition, a mobile asset.

“When an aircraft is returned [from an airline] at the end of a lease, we’ll transport the aircraft either to the next customer, or into storage or into maintenance,” says Giordano in an interview with CNN Travel.

“That’s about half of the ferry work. And the other half is the opposite — taking the airplanes out of storage or out of a maintenance facility and to the new operator.”

Jet Test began operations in 2006, although Giordano began ferrying airplanes a couple of years earlier than that.

Following the procedures of an airline, Jet Test is regulated under a Bermudian Air Operators Certificate (AOC), and is structured the same way as a larger air carrier. It even has its own identifier callsign for its flights — JTN.

In fact, Jet Test functions just like a small airline, but with one big difference — it doesn’t have any aircraft.

And it’s not just Point A to Point B flying for Jet Test, either. As its name suggests, Giordano and his team perform test flights on planes returning to service after maintenance or modification, including planes that started life as passenger jets and were converted to haul cargo, fight fires, or disperse oil spills.

While the coronavirus wasn’t declared a pandemic until March, by the early days of 2020 Giordano had already flown trips in Asia and was “well aware of Covid.”

As countries tried to slow the spread, international travel restrictions came into place in February, essentially shutting down Jet Test until April.

“The thing that kept us [going] is that we anticipated a huge demand for aircraft movement into and out of storage. We knew that it was coming. We held our breath for a little while, and waited for that first wave to come, once the lessors started thinking about what they were going to do with their airplanes,” he explains.

With the huge decline in air travel driven by the pandemic, airports around the world turned unused runways and taxiways into temporary parking space for idled planes.

“Since then, the bulk of the work we’re doing is taking airplanes that were in short-term storage and transporting them into long-term storage facilities.” 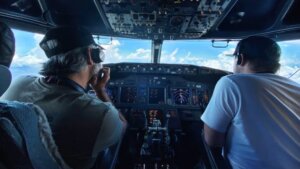 A place in the sun

In the arid desert in Marana, Arizona, near Tucson, Ascent Aviation operates one of the world’s largest aircraft storage, maintenance, and reclamation facilities. The area’s dry and hot weather conditions are optimal for keeping parked planes in good condition.

“We’re seeing [aircraft] from all six continents, from multiple customers, all more or less going into long-term storage,” says Scott Butler, Ascent Aviation’s chief commercial officer. “Between five and eight aircraft per week arrive for storage, without many leaving.”

With airlines grounding thousands and thousands of unneeded planes, space is getting tight at these desert parking lots. According to Butler, global storage facilities are reaching about 75% capacity.

“We’ve got 1,200 acres and we can fit, in theory, about 450 aircraft depending on the different sizes. Right now we’ve got 350 in Marana, another 70 or so in Tucson, and we’re going to be starting up in Roswell, New Mexico next year,” says Butler. “In February, we had under 100 aircraft.”

With Covid’s impact on airline employees, Ascent is a bit of a bright spot for furloughed aviation technicians.

“We’ve had to increase staffing by 30%, adding a lot of aircraft mechanic jobs to the area and the industry,” Butler explains.

Ascent might be seeing Covid-related growth, but the decimation of international airline travel along with country-specific Covid policies and procedures has had a massive impact on Jet Test’s operations.

“My biggest complaint is that there is a complete lack of standardization around the world. By far, the most challenging thing for us has been purely related to travel and travel logistics,” says Giordano.

“Our dispatchers spend three to four hours each day updating a chart that has every country we go to, every restriction, every requirement, and those things change daily.”

On his recent trip to Kinasha, the DRC’s capital, Giordano reported: “Unsure we’re going to fly the 777 because of a visa issue. I’m probably going to send another one of my crews to get that one. May need to head right to Montpellier, France and then to China with an A321 — or head home and come back to France this weekend.”

This may all sound like chaos, but it’s business as usual for Jet Test.