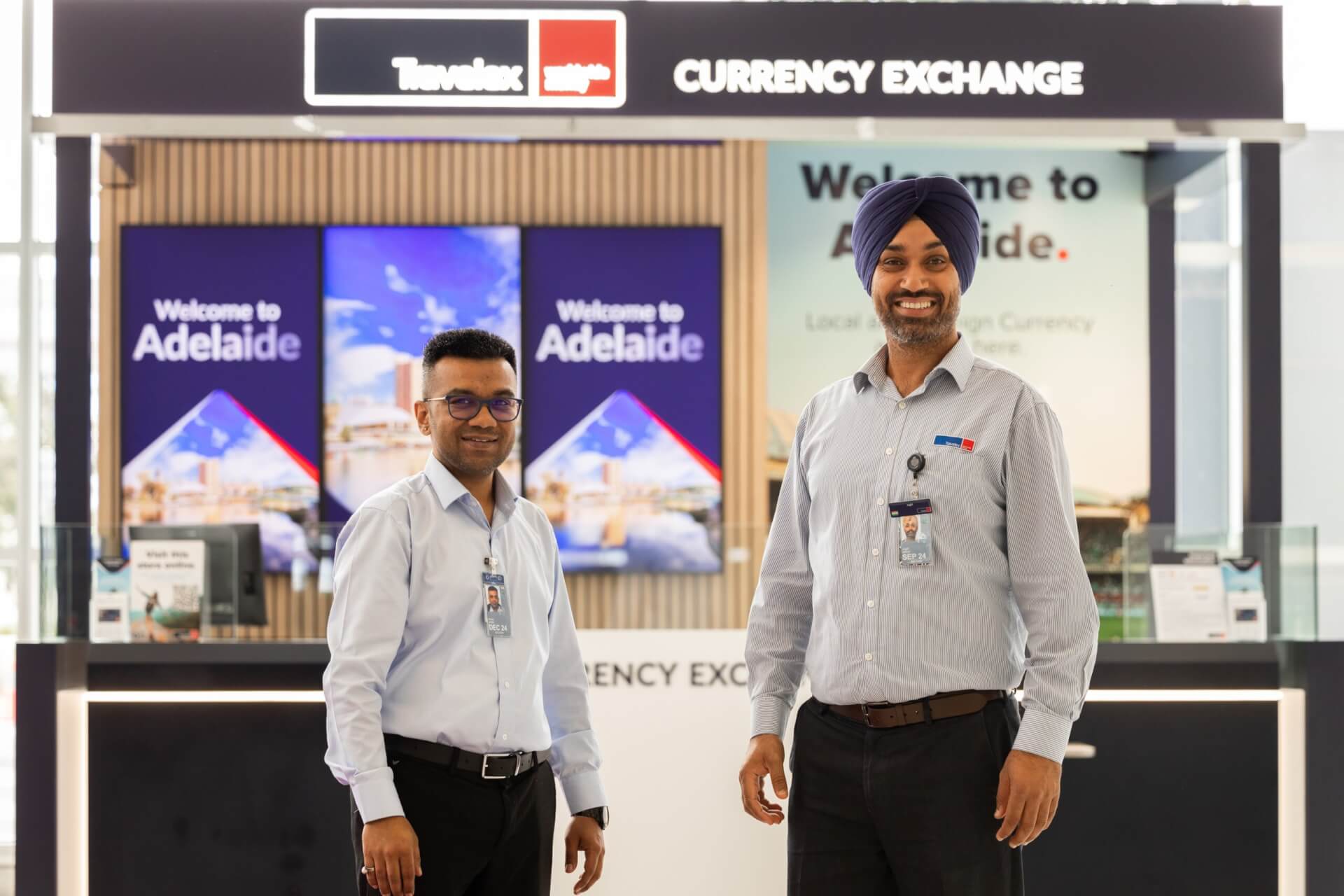 Travelex, the market leading foreign exchange brand in Australia and New Zealand, today announces the opening of a series of new stores and the extension of key contracts and partnerships across the ANZ region, following a highly successful 2022 for the ANZ business following its recovery from the pandemic.

At Adelaide Airport, both phases of Travelex’s digital airport initiative are now fully live, with a range of offerings including self-serve and a cricket themed store where customers can speak to one of our friendly ambassadors.

Over 1,000 travellers visited Travelex’s new self-service departures store on its recent launch day, where they enjoyed the chance to win prizes and banknotes at a money grab booth.

The digital airport initiative places a greater emphasis on click & collect and self-serve, while still providing traditional walk-up stores allowing customers to choose how they buy their foreign currency.

The digital airport strategy also ensures there are no commission fees charged.

Brenton Cox, Managing Director, Adelaide Airport said: “It was wonderful to see the return of international travel last year, and Travelex has been an important partner of Adelaide Airport, contributing to our overall customer retail experience.

“The new stores are a great addition and fit seamlessly within our recently completed terminal expansion.”

The openings at Adelaide follow the launch of new stores in recent weeks at Cairns Airport, The Glen (Melbourne) Brookside (Brisbane) and Carindale (Brisbane).

In total, Travelex won four new airport contracts and 11 new off-airport sites across ANZ in 2022, meaning the company has now reached the benchmark of operating 100 trading stores across the region (80 in Australia and 20 in New Zealand).

Travelex has also extended and expanded other existing contracts across the region. Contracts at Perth Airport in Australia and Auckland Airport and Queenstown Airport in New Zealand have all been extended, taking these partnerships to 18 years (Auckland), 23 years (Queenstown) and 30 years (Perth) respectively.