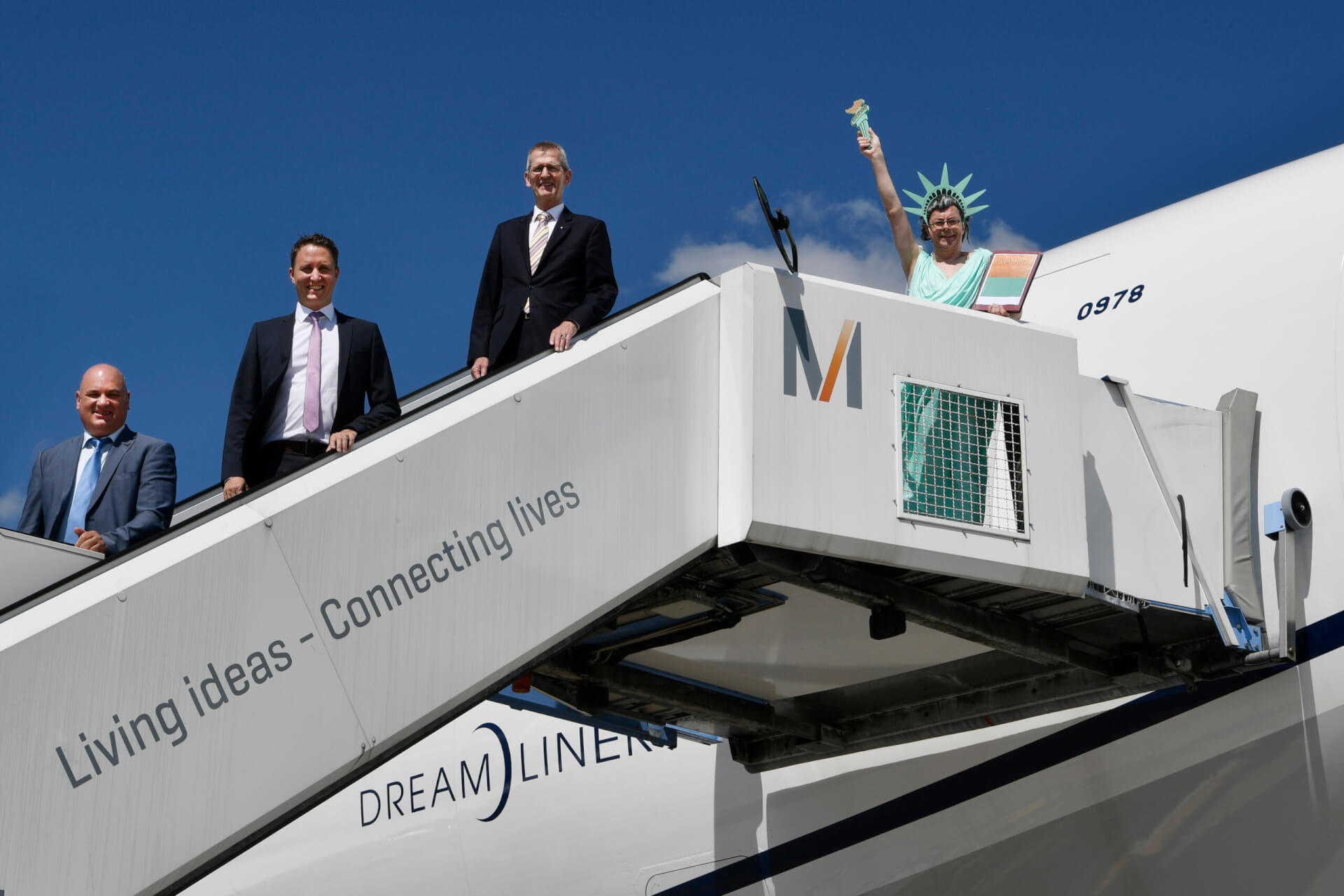 United Airlines promoted the resumption of its flights to Newark Airport with the Statue of Liberty, the iconic symbol of New York. An ultramodern Dreamliner (Boeing 787-9) departs the Bavarian capital for the US every Monday, Wednesday, and Friday at 12:30 p.m.

Thorsten Lettnin, Managing Director Sales for Continental Europe and India at United Airlines, remarked: “We are delighted to be resuming our service between Munich and New York/Newark at the beginning of August. Having restarted flights to Washington Dulles International Airport in early July, we are now flying to our two most important hubs on the US East Coast once more. Passenger and staff safety is our top priority at United.”

On boarding the first flight on this restored route, Andreas von Puttkamer, Head of the Aviation division at Flughafen München GmbH (3rd from left) pointed out that United has always had a very prominent presence in Munich as a founder member of Star Alliance. “It’s great that we’re already able to reopen United’s second route in Munich and gradually expand our services to the US again.”