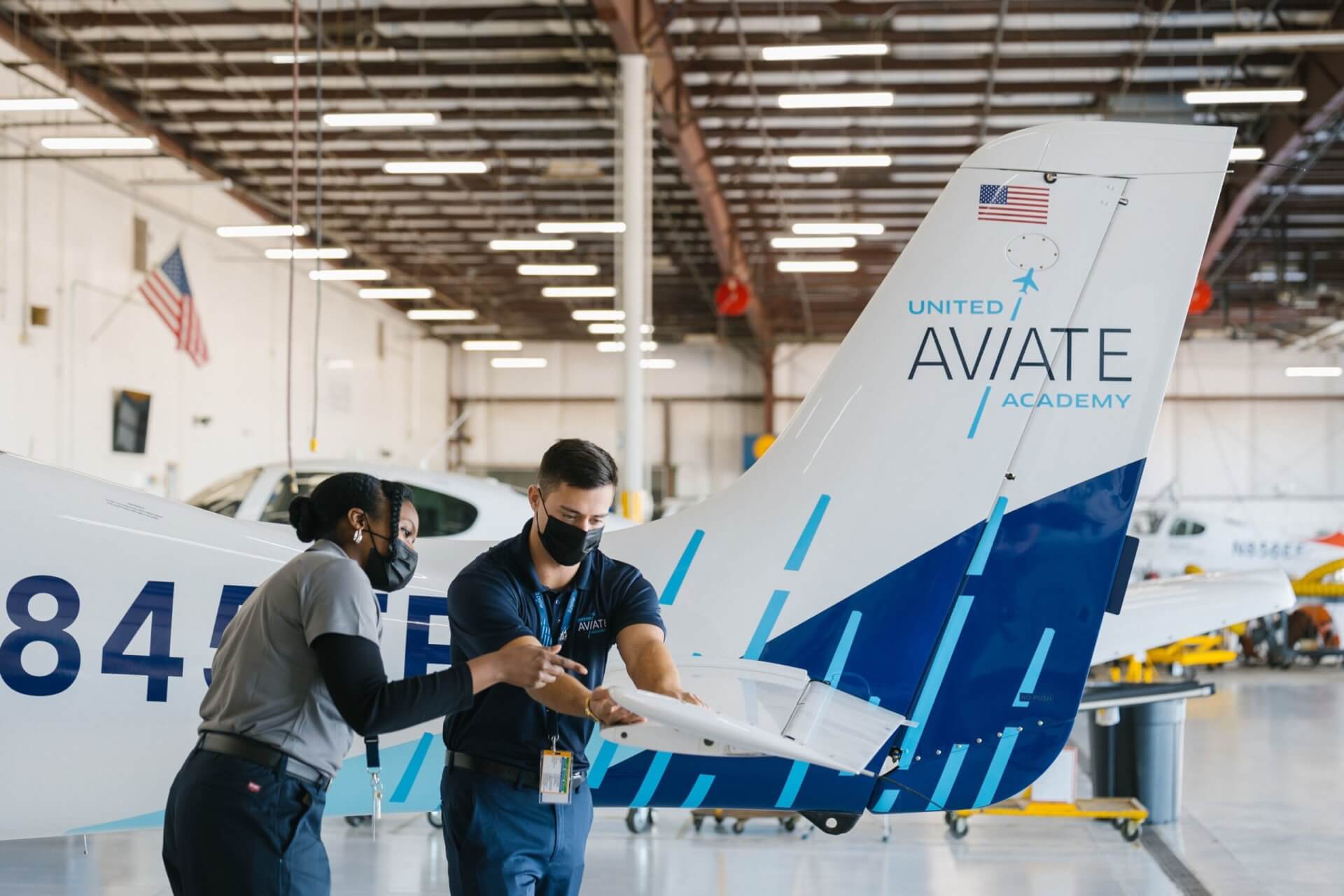 United, the only major U.S. airline to own a flight training school, officially opened United Aviate Academy and welcomed a historic inaugural class of future pilots, 80% of whom are women or people of color.

United Aviate Academy is a key part of the airline’s goal to train about 5,000 new pilots at the school by 2030, with at least half women or people of color.

This unprecedented training commitment will dramatically expand access to this lucrative and rewarding career while upholding United’s world-class safety standards.

Last summer, United unveiled its ambitious United Next strategy to revolutionize the United flying experience and introduce more than 500 new, narrow-body aircraft into its fleet to match the anticipated resurgence in air travel.

United plans to hire at least 10,000 new pilots by 2030 to meet this need with about 5,000 of those coming from United Aviate Academy.

The group also outlined United’s plan to help break down some of the barriers to entry through targeted recruiting, strategic partnerships and scholarship and financial aid solutions.

“Our pilots are the best in the industry and have set a high standard of excellence,” said Kirby.

“Recruiting and training even more people who have that same level of talent, motivation and skill is the right thing to do and will make us an even better airline.

“I couldn’t be prouder of this first group of students and look forward to meeting the thousands of talented individuals who will pass through these doors in the years to come.”

According to the U.S. Bureau of Labor Statistics, only 5.6% of pilots are women and 6% are people of color.

Earning a commercial pilot’s license in the U.S. can cost about $100,000 and becoming an Airline Transport Pilot requires 1,500 hours of flight time, which requires a significant commitment.

The airline also directly works with the following organizations to educate prospects about the benefits of becoming a pilot and to find candidates for scholarship opportunities:

United Aviate Academy expects to train at least 500 students annually as one part of United recruiting as the carrier works toward hiring at least 10,000 pilots by 2030. Aviation consulting firm Oliver Wyman estimates a worldwide pilot shortage of 34,000 aviators by 2025.