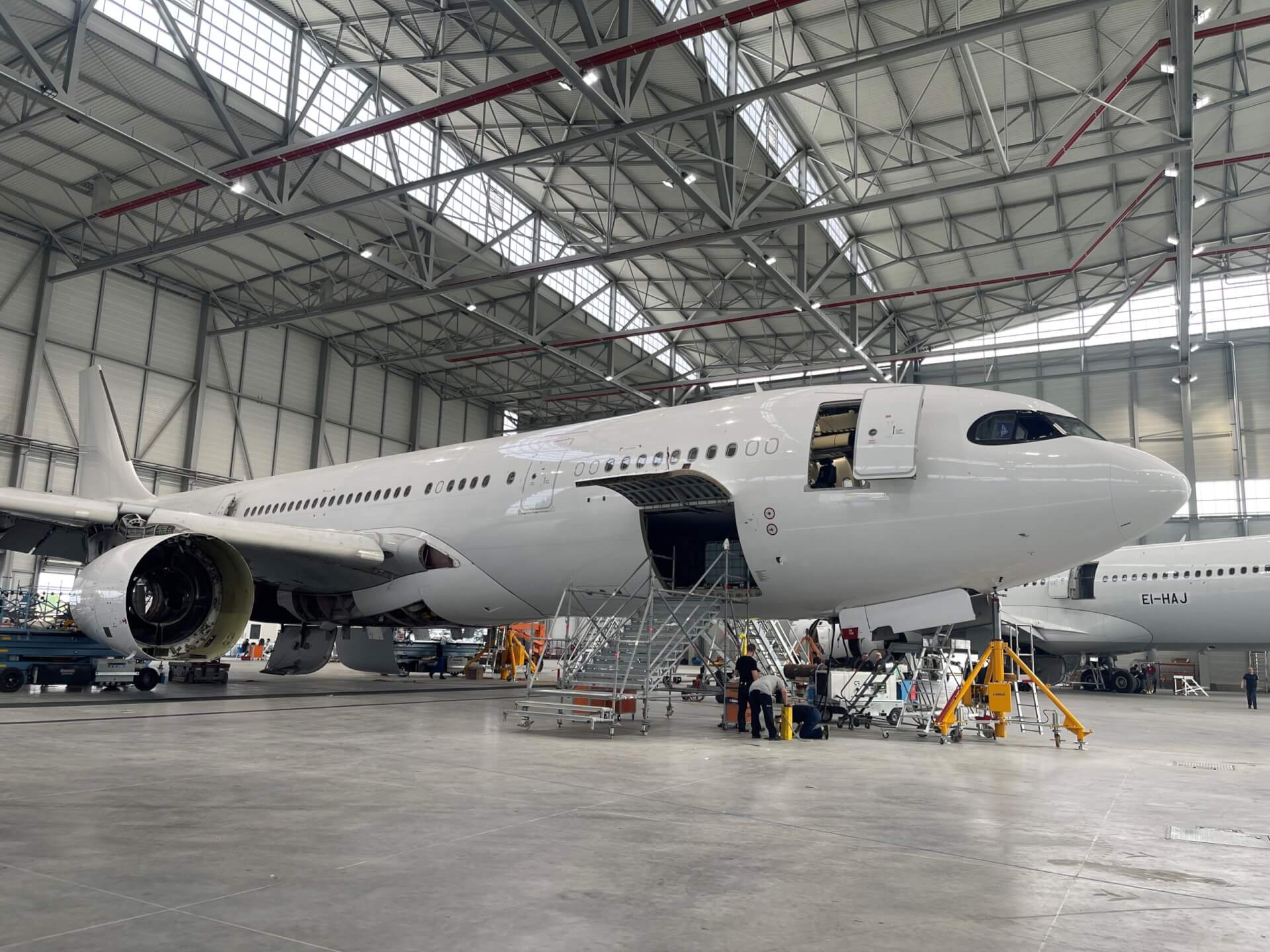 Vallair, the mature asset specialist, completes its first A330-200 twelve-year check for a major lessor at its new wide-body maintenance facility in Châteauroux which fully opened for business in August.

As the programme of inductions ramps up steadily airline and lessor customers are benefitting from its range of complementary support services on-site, including skilled aerostructure repairs, which facilitate streamlined and cost-effective maintenance processes.

Malcolm Chandler, Head of Commercial & Marketing at Vallair, says that the experienced maintenance team is prepared for these complex and labour-intensive programmes.

“This was our first A330-200 maintenance check in Vallair’s new MRO facility at Marcel Dassault Airport in Châteauroux – a 6Y/12Y check with landing gear change.

“The aircraft had been stored in the USA prior to coming into CHR for its heavy check and transfer to the next operator.

“During the check our technicians discovered major corrosion on the wings which necessitated the aircraft being placed into ZERO G, a significant pylon repair was also required.

“The team also managed the full paint process with our partners in Châteauroux.

“These different operations, all of which dictated specific aircraft configurations, required critical work coordination and scheduling.”

Some weeks after starting this first check Vallair started its second A330 MRO line. A C-Check was inducted on an A330-300 Trent powered aircraft last month.

This aircraft had also been in storage and needed to be made ready for transition to its new operator.

On completion of that C-Check, Vallair has now inducted a further A330-200 for a 6Y/12Y heavy check which also includes a landing gear change, and full repaint paint with an imminent transfer to an operator in the Far East.

A further 6Y/12Y heavy maintenance check commenced mid-October and according to Chandler A330 bookings are extremely healthy with a number of airlines and lessors booking slots way into 2023.

“To achieve this programme so far, Vallair has made a significant investment in both technicians, project managers, and tooling to enable this impressive ramp up. Naturally there have been issues to deal with along the way, but the new team, in a new facility, has risen to the challenge.”

As an A330 maintenance location, Vallair’s new MRO hangar in CHR has significant advantages for customers such as parking and storage for 30 plus aircraft; a skilled in-house aerostructures division covering all flying controls, composites and other elements; the ability to overhaul and repair nacelles from the GE, Trent and PW4000 powered aircraft; plus, an adjacent paint facility.

Chandler goes on to say that training the next generation of aircraft technicians is a key element to both sustain and increase the MRO through-put in Châteauroux, and that the Company is partnering with Aircraft Academy to provide a location for EASA Part 147 training for aircraft engineers.

“It is vital to share in-depth, practical knowledge at all times, whether it be in the classroom, or on-the-job.

“Our relationship with Aircraft Academy means that they can integrate practical training at Vallair’s widebody maintenance facility in Châteauroux, and narrowbody training at our other hangar in Montpellier.

“Young people just starting, or older engineers focused on re-skilling are already benefitting from this valuable resource – not only for heavy checks, but also from our cargo conversion programme for the A330s.

“In turn, Vallair has a steady source of well-trained aircraft engineers – this is a cornerstone of our growth strategy for the future.”