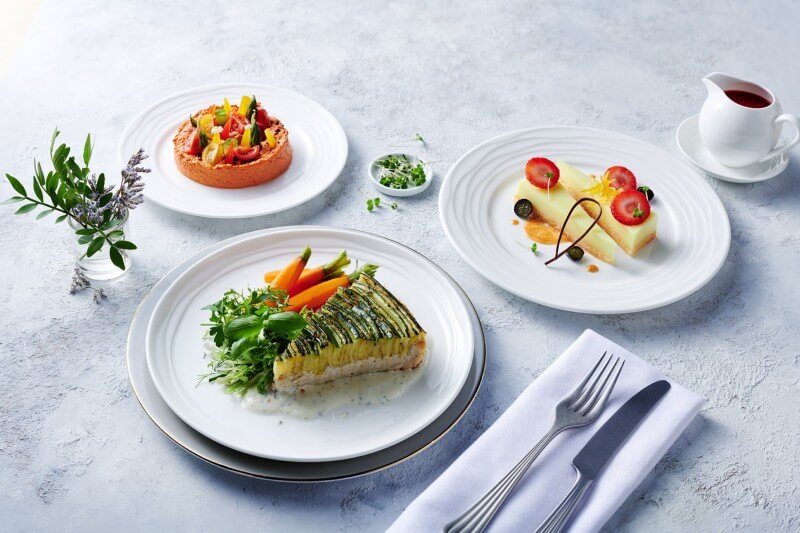 From its UK origins in 2014, the concept of ‘Veganuary’, a month-long initiative promoting the vegan diet, has continued to garner interest amongst the general population.

Currently Emirates offers more than 180 recipes catering to vegan passengers or those looking for a healthy meal onboard, and has been serving vegan meals since the 1990’s.

Initially, vegan requirements were focused on specific routes such as Addis Ababa where vegan meals are required during certain times of the year by those practising the Ethiopian Orthodox faith, or across the Indian subcontinent where multiple faiths encourage a plant-based diet.

Notably, over 195,000 vegan desserts were served in 2022 across all classes of travel, including tempting choices such as a dark chocolate custard cake balanced by fresh, juicy strawberries, zesty lemon tart lightly laced with coconut cream and rich chocolate tofu cheesecake complemented by a sweet strawberry compote.

Vegan options are available to order and pre-order onboard, as well as in Emirates Lounges.

Customers can request vegan meals on all Emirates flights and across all classes of travel up to 24 hours before departure.

However, on high-demand routes, plant-based meals are also provided as part of the main menu options. 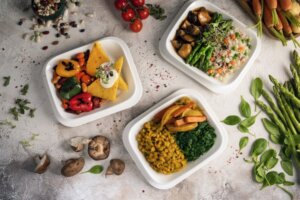 Already consistently rated as the best airline for vegan travellers by many dedicated website polls including VegNews, Emirates invested into developing a new First and Business Class vegan menu in 2022 to rival acclaimed restaurants.

It spent a year in development in Emirates Flight Catering, an expansive facility based at Dubai International airport, which is home to 11,000 employees and serves up to 225,000 meals daily, the largest flight catering facility in the world with international chefs of 69 different nationalities.

A panel of highly skilled and experienced Emirates Flight Catering chefs worked closely with nutritionists to identify ingredients from existing popular dishes, which can be adapted to a vegan offering without compromising on flavour.

They also focused on fusing flavours and ingredients from around the world to create a menu that will appeal to all passengers across the network, not just vegan customers.

The menu was the focus of multiple presentations and tastings, featuring contributions from diverse cuisine specialists like Chinese, Indian and Arabic speciality chefs, to create a wide range of flavours and textures.

The tasting panels included both vegan and non-vegan chefs and team-members to ensure an inclusive approach.