Virgin Atlantic filed for bankruptcy in New York on Tuesday. While it scrambles to finalize a rescue plan with the aid of the UK court system the airline is seeking  protection under chapter 15 of the US bankruptcy code, which allows a foreign debtor to shield assets in the country.

It is the second Virgin-branded airline to struggle this year. Virgin Australia went into administration in April, owing $6.8bn to more than 12,000 creditors.

A Virgin Atlantic spokeswoman said the restructuring plan was before the UK court “to secure approval from all relevant creditors before implementation”.

Virgin Atlantic, which is 51% owned by Virgin Group and 49% by US airline Delta, announced that it would cut more than 3,000 jobs in the UK and close its operation at Gatwick airport. Delta CEO Ed Bastian has said that Delta would not offer a cash injection to save Virgin from a bankruptcy restructuring. UK foreign-ownership laws would prevent Delta or any other foreign investor from increasing its stake.

Virgin said in a court filing reservations are down 89% from a year ago and current demand for the second half of 2020 is at approximately 25% of 2019 levels. 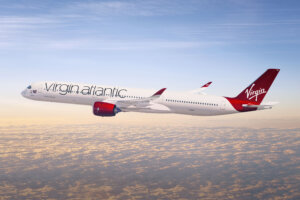