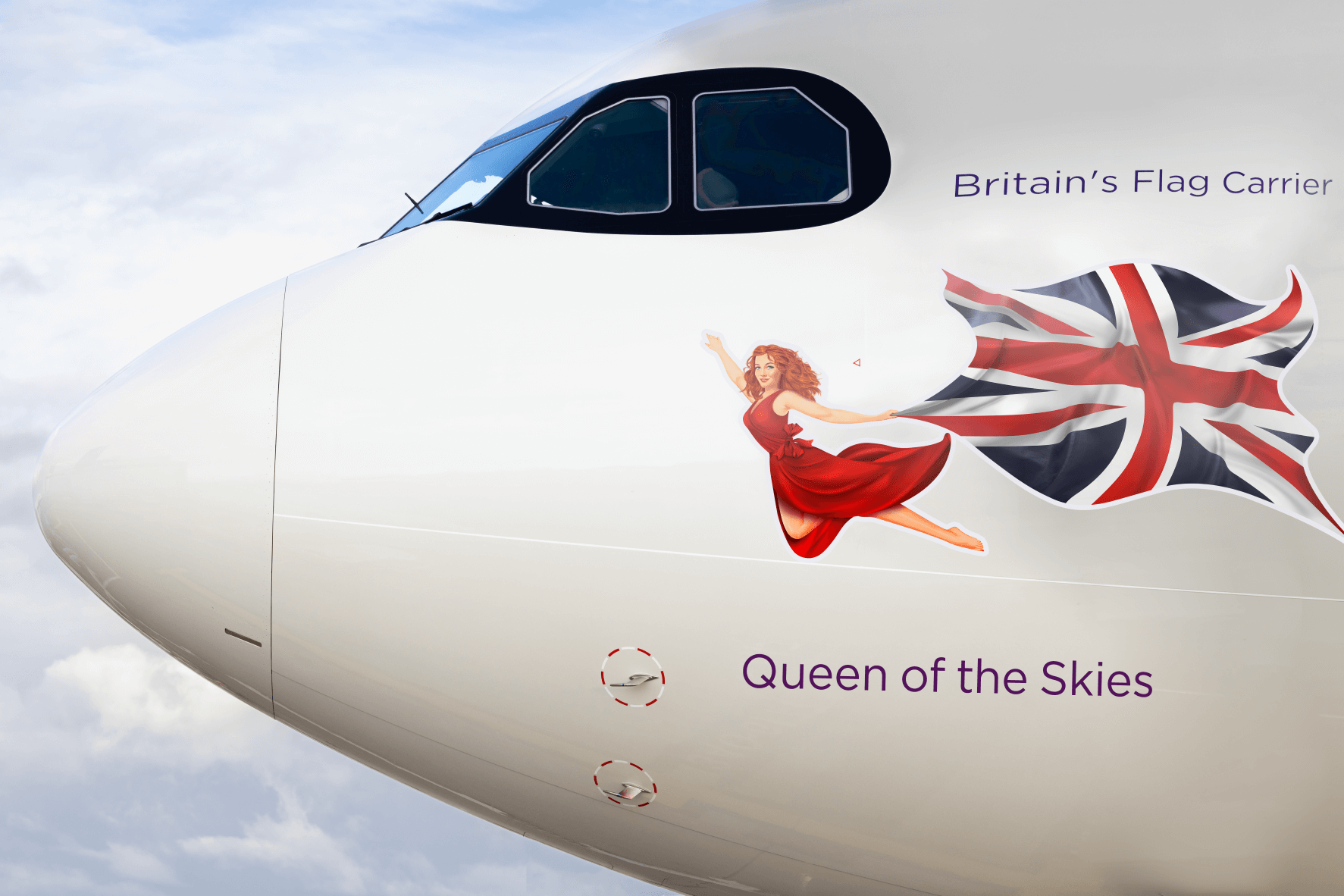 Virgin Atlantic has named its newest aircraft in honour of Her Majesty, Queen Elizabeth II.

The airline’s brand-new Airbus A330neo will have the name ‘Queen of the Skies’ with royal registration G-VEII, in tribute to the late monarch.

The move marks the second time the Queen of the Skies moniker has been used on a Virgin Atlantic aircraft.

Back in 2004, her late majesty unveiled an Airbus A340-600 with the same name at a ceremony in Toulouse.

The event was part of a state visit to France to celebrate the centenary of the Entente Cordiale.

Corneel Koster, Chief Customer and Operations Officer, Virgin Atlantic, commented; “Just like Queen Elizabeth during her historic 70-year reign, Virgin Atlantic is proud to fly the flag for the United Kingdom around the world.

“We’re delighted to soon be welcoming ‘Queen of the Skies’ to our fleet and hope that it serves as a fitting tribute to an unforgettable, much-loved monarch.”

Positioned at the front of the aircraft, the Queen of the Skies dedication sits above one of Virgin Atlantic’s famous flying mascots.

The highflyers are a diverse range of men and women representing modern Britain.

Virgin Atlantic has a long history of naming its planes after famous, strong women, including ‘Diana’ in tribute to Princess Diana.