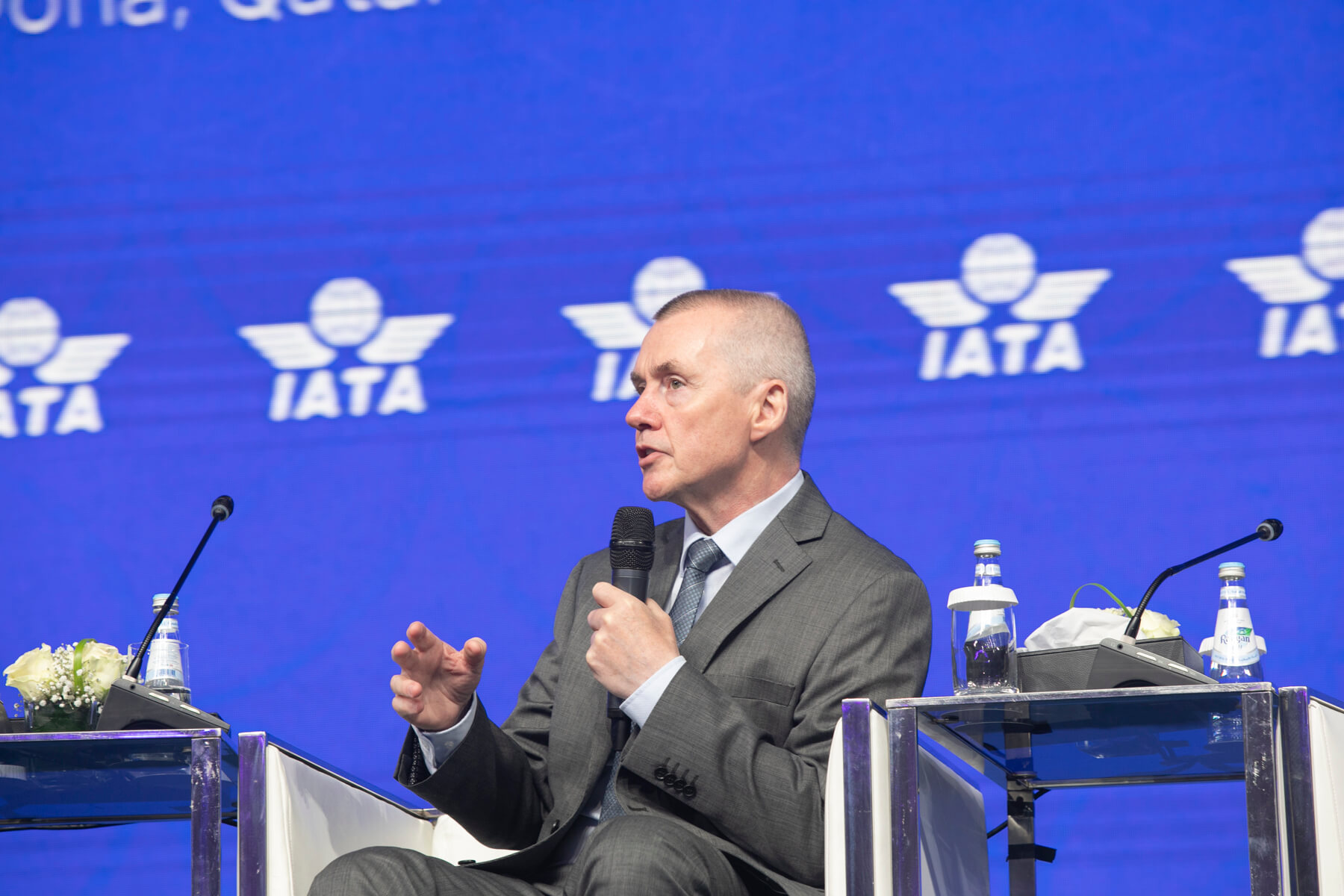 “Too many airports are addicted to a “spend big and cream it off the customer” mentality,” said IATA head Willie Walsh at the IATA AGM in Doha (photo: IATA).

Government mismanagement in dealing with the Covid-19 pandemic and airports seeking to raise charges at a time when airlines are struggling to recover were strongly criticised by IATA director general Willie Walsh in his annual industry report at the 78th IATA Annual General Meeting, held in Qatar on 20th June, reports ARGS editor Mark Pilling from Doha.

“There was one virus, but each government invented its own methodology to control what travel remained possible,” he added. “How can anybody have confidence in such a shambolic, uncoordinated, and knee-jerk response by governments?” The first lesson to be learned from the pandemic is to follow World Health Organisation guidance, which said from the beginning that closing borders is not the right response to a pandemic, he said.

“As governments eased COVID-19 restrictions, different problems emerged: delays and disruptions,” said Walsh. “Governments had no plan and worked in isolation. They made things up day-by-day, and in some cases did complete U-turns – the worst being the panicked over-reaction to Omicron. This unpredictability made the restart much more difficult.”

“The longer-term priority is ensuring that governments work much more closely with airlines in the next crisis – whatever that may be,” said Walsh.

Walsh was equally vocal on airport charges. “In October, I reported on the egregious attempts by infrastructure providers to raise charges,” he said. “The nightmare is becoming reality. Heathrow was allowed to increase charges 50% and is asking for more. Schiphol confirmed a 37% hike for 2022-24. Not to be outdone, Dublin joined the group, wanting an 80% hike over 2023-2026.”

Walsh noted that it was interesting that Heathrow, Schiphol, and Dublin were seeking higher charges and are amongst the airports that have experienced the most disruption. “It does lead you to question the management teams at these airports,” he told an IATA press conference, calling for them “to get their act in order.”

“I find it ironic that the three airports looking for massive increases are disappointing their customers at a basic level,” he added.

“The prize for the cheekiest behaviour, goes to the government of the Bahamas,” he explained. “In 2021, Bahamas regained control of its airspace from the US and contracted the US FAA to continue providing overflight services free-of-charge. The government of the Bahamas then promptly started collecting overflight fees from airlines at double the previous rate. You could not make this stuff up if you tried.”

“These are just the vanguard,” said Walsh. “Focusing on airports, out of the top 100, more than half announced increases for 2022 and 2023 – expecting their customers to make up for revenues they did not get during the pandemic. Try that in a competitive business. “Dear Valued Customer, we are charging you double for your coffee today because you could not buy one yesterday.” Who would accept that?”

“This behaviour is why we oppose “light touch” regulation proposals by airports. And we categorically reject their characterization of aeronautical revenue as insignificant. In fact, Airports Council International reports that aeronautical revenues for airports were $99 billion in 2019,” said Walsh.

“Too many airports are addicted to a “spend big and cream it off the customer” mentality. And airport opposition to strong independent economic regulation demonstrates that they know it’s wrong,” he said.

IATA and Walsh will continue to be outspoken with these stakeholders and others as the industry recovers. “This is a unique time for aviation. We have proven our resilience. And we are rebounding as a safe, sustainable, and diverse industry that is on its way to being profitable.