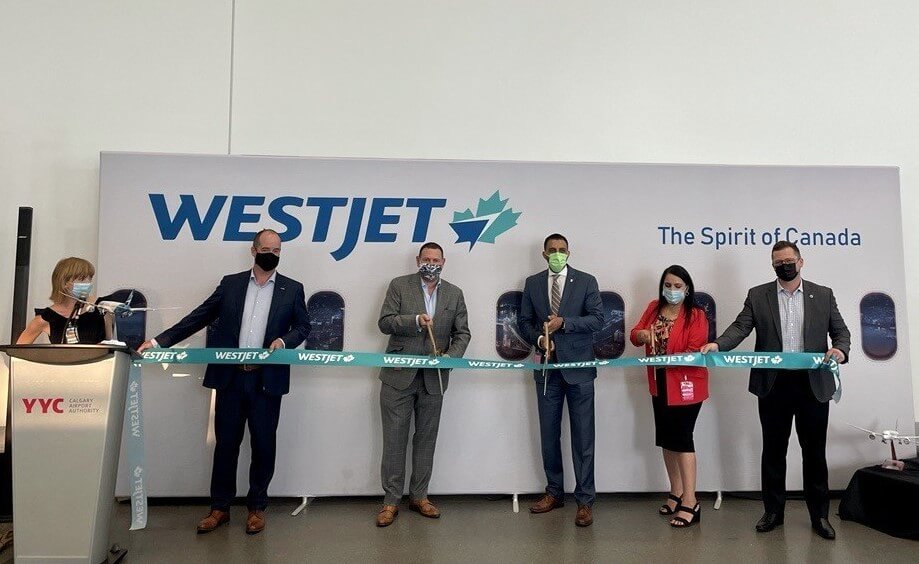 WestJet celebrated the launch of its new route between Calgary and Amsterdam with the 8:55 p.m. MT departure of WS20, on the airline’s 787 Dreamliner.

Thursday night’s flight was the airline’s first launch of new service to Europe after more than 18 months and marked a significant milestone in WestJet’s commitment to restoring its global network.

“We continue to invest in our global hub in Calgary, where we have the most departures, destinations and seats and we’re thrilled to see today’s flight take-off as we continue to rebuild our transatlantic network,” said John Weatherill, WestJet Chief Commercial Officer.

“This route between Calgary and Amsterdam provides greater access between Canada and European destinations for travellers on both sides of the Atlantic and is strengthening travel and tourism ties between our two countries.”

“I am thrilled to see WestJet embark on this new partnership that will give travellers more options, while boosting tourism, and providing much needed support to our aviation industry.”